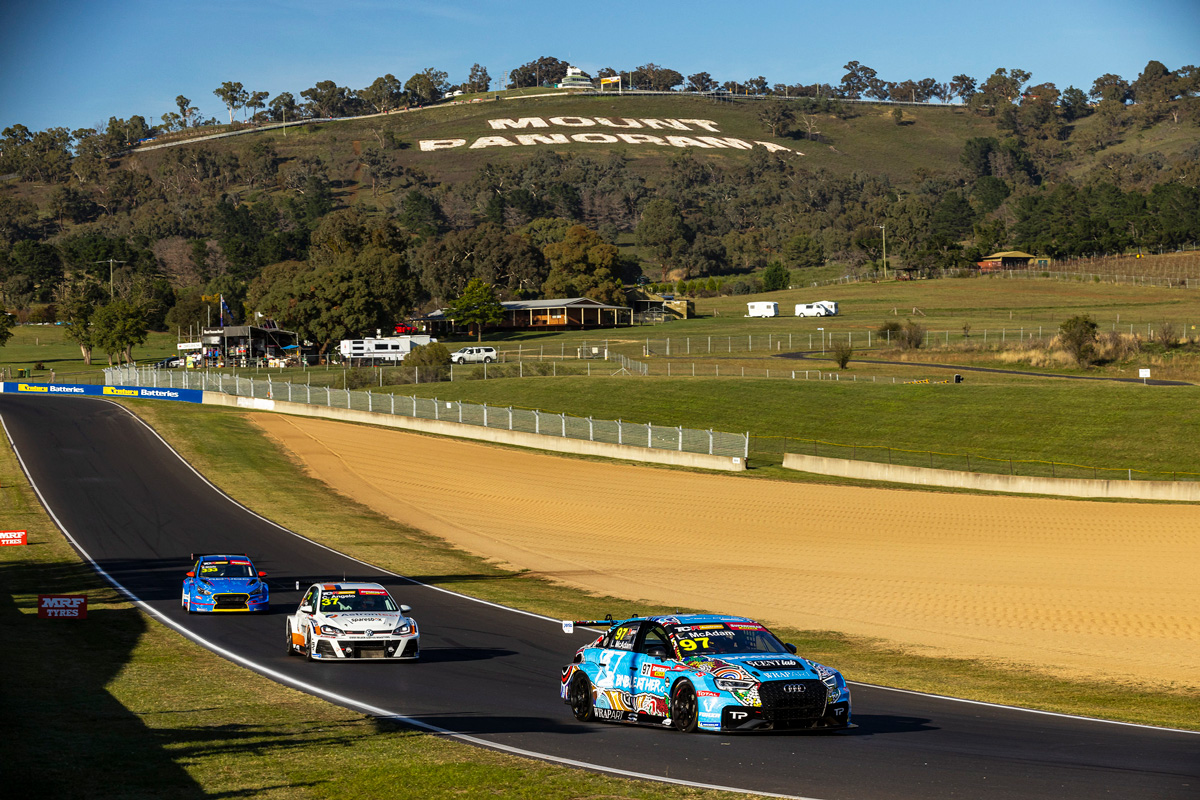 TCR was at Mount Panorama earlier this year as part of the Bathurst 6 Hour. Picture: Australian Racing Group

The Australian Racing Group could decide within days whether Supercheap Auto TCR Australia’s second visit to Bathurst this year will retain its endurance format.

As it stands, TCR’s involvement in the Bathurst International on November 26-28 will not be for points, with its 2021 title set to be awarded after Round 6 at Sandown two months earlier.

The two-driver TCR Bathurst 500 would instead act as a separate occasion, headlining the action at the Mountain that weekend.

The likelihood of having to go without internationals this year could put paid to that concept though, with category owner ARG currently tossing up the TCR element of the event’s format and points status.

“We’re having a consultation with the TCR teams about Bathurst,” ARG boss Matt Braid told Speedcafe.com.

“Obviously we’re going through formats and opportunities on the basis of what is and isn’t possible based on international travel and so forth.

“We expect to have a decision on that probably in the next seven days [from Tuesday June 1], as to what the format will be and whether it is a championship round or not.”

Braid also confirmed work had begun on 2022 calendars for its various categories.

“We are reviewing the opportunities for next year and how the calendar could be structured,” he said.

“We’re probably looking at around seven to eight events, whether they’re our events or in conjunction with Motorsport Australia, and then it’s a case of whether the various categories run all eight events or do they run six or seven, what suits that series.

“The intention is to plan an event platform and then we’ll look at what works for each.”

Round 5 of the TCR season will take place at Morgan Park Raceway in Queensland on the rescheduled dates of August 13-15.