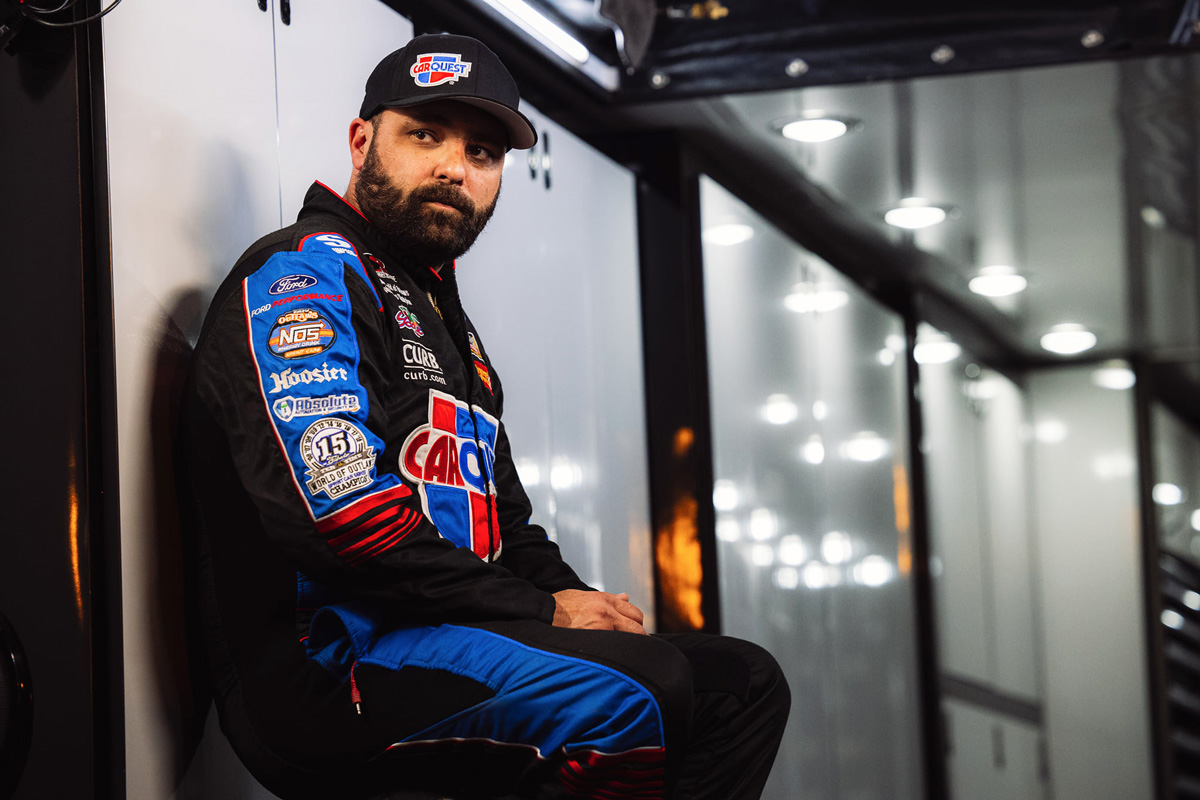 The 10-time World of Outlaws title winner will line up in the Camping World Truck Series race at the Iowa dirt circuit on July 9, competing for David Gilliland Racing.

Knoxville is a fitting location for Schatz’s new step, with 27 career wins at the complex to his name.

“I’ve had the opportunity to meet David and his organisation’s record speaks for itself,” said the 43-year-old.

“DGR has a great group of people working with their team and I’m looking forward to making my debut in the NASCAR Camping World Truck Series with them at Knoxville Raceway in July.

“The fact that my first NASCAR-sanctioned event will take place on dirt and in a truck fits perfectly into the path that my career has taken.

“To make my truck series debut at Knoxville, a place that has been so good to me over the years is also very fitting.”

DGR co-owner David Gilliland added: “Donny is a legend in the dirt car world and has an incredible track record at Knoxville in the World of Outlaws.

“His experience level and knowledge of dirt track racing and Knoxville Raceway will make him a great addition to the team for the first ever truck race there.

“We are super excited to welcome him aboard.”

As for the NASCAR Cup Series, action will resume this weekend at Sonoma Raceway in California.