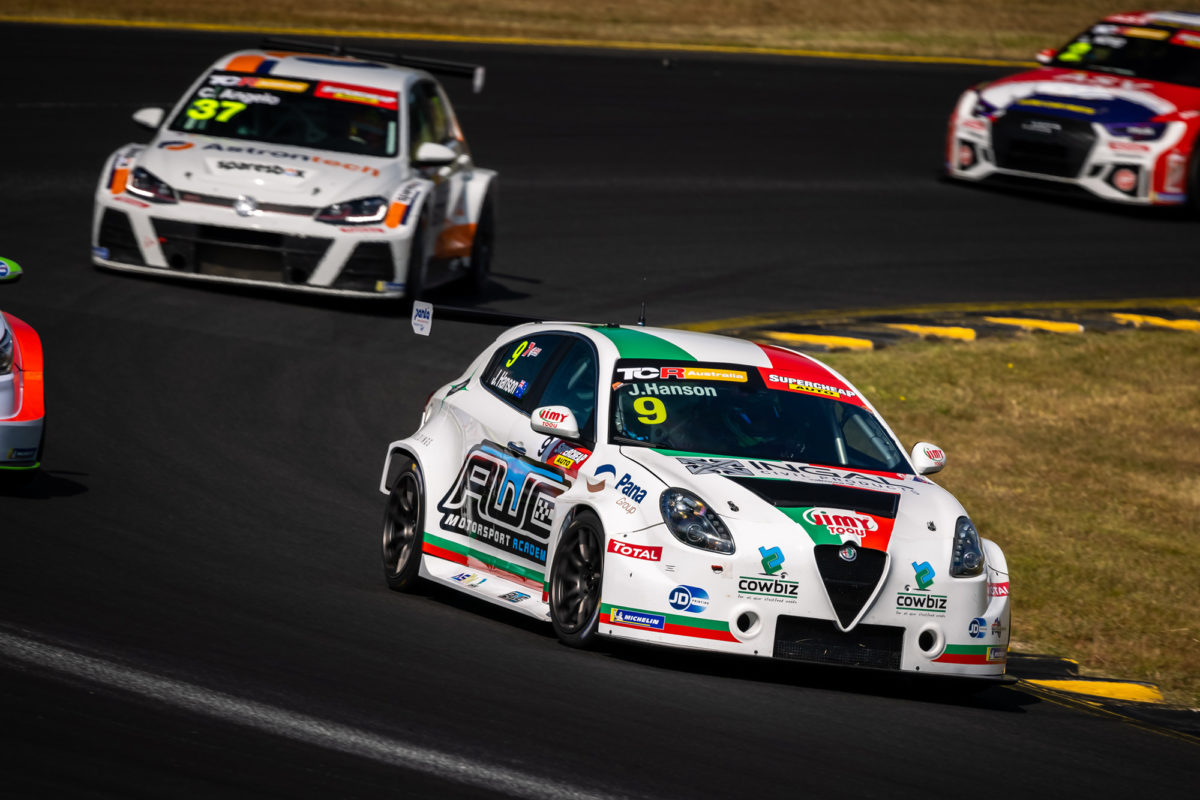 Jay Hanson has left Ashley Seward Motorsport and will miss the next round of the Supercheap Auto TCR Australia Series.

Hanson, a race winner in the Australian Formula Ford Championship, inked a deal with ASM ahead of the 2020 TCR Australia season although the pandemic meant he only made his debut last January.

The Victorian-based squad has prepared his Alfa Romeo Giulietta Veloce for the first four rounds of the 2021 campaign, during which time the 17-year-old finished as high as fourth, in Race 1 at Bathurst.

He would have officially shared a podium with race-winning team-mate Lee Holdsworth in the first encounter of the season, at Symmons Plains, before being penalised for contact with Chaz Mostert.

Now, Hanson will sit out the Morgan Park round and but is set to re-emerge with another team when Round 6 takes place at Sandown in September.

“There has been some frustrations this year, so we are going to have a change of plans for the rest of 2021,” said Hanson.

“We are going to miss Morgan Park to put some new plans in place, and then we should be back for Sandown.

“The time I spent at ASM was a great learning experience, and I really enjoyed having Lee Holdsworth as a team-mate and mentor. Both Lee and Ash have both really taught me a lot.”

The upcoming round at Morgan Park has been rescheduled from late-June to the weekend of August 13-15 due to border closures, before TCR visits Sandown on September 17-19.