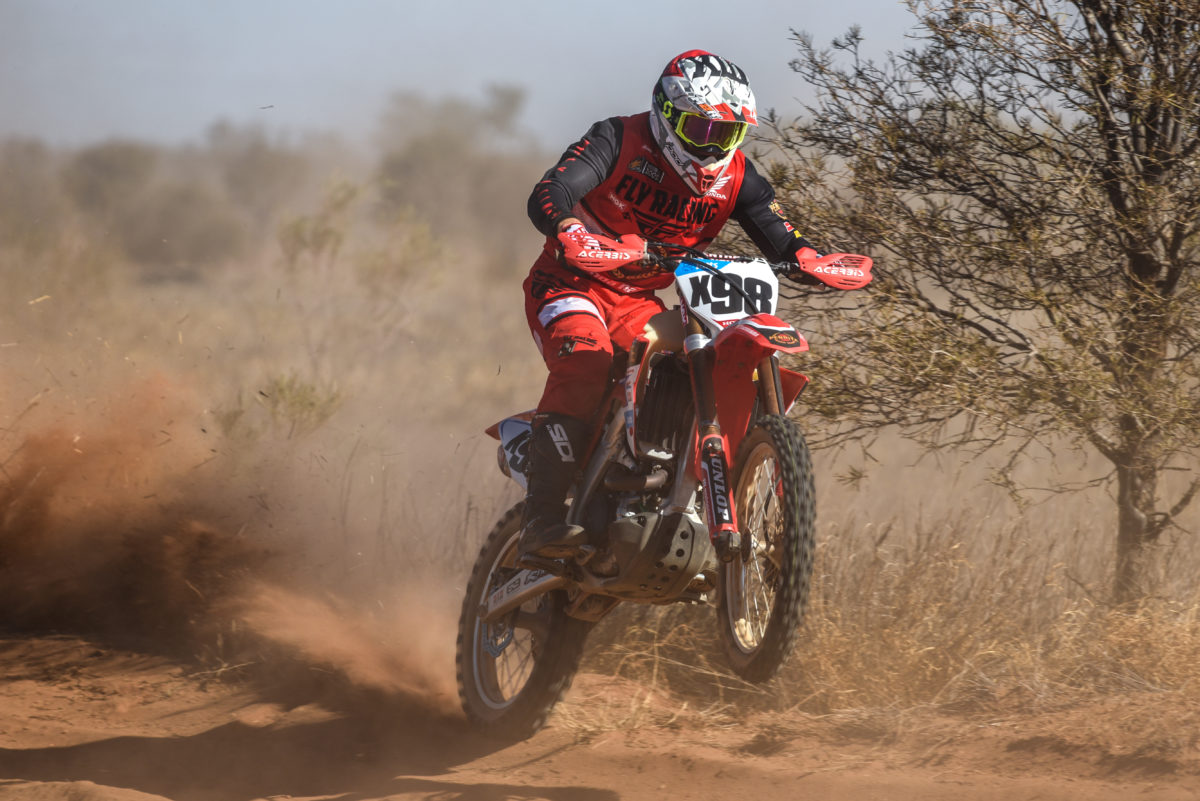 Geelong’s Callum Norton, who was already in the Northern Territory before hotspot declarations took effect

Tatts Finke Desert Race organisers have extended the deadline for withdrawals and the waitlist due to the impact of Victoria’s latest COVID-19 outbreak.

The move comes amid the Northern Territory’s declaration initially of Greater Melbourne and Bendigo, and now Victoria in its entirety, as a COVID-19 hotspot.

With a number of competitors set to miss Finke 2021 as a result, they now have until the days before the event starts to withdraw, instead of tomorrow’s close of business.

That will also give any would-be entrants who can still commit to the event the chance to do so.

“The committee has extended the date of refunds (minus admin fee) being granted through to Wednesday 9th June 2021 for any competitors who are impacted,” read a statement from organisers.

“The waitlist will also be extended to 9th June.

“We can confirm the race has not been cancelled. We will be going ahead, unfortunately without our Finke Family from Victoria.”

Victoria’s outbreak is an unfortunate development for multiple reasons, including its timing and the high demand for entries for the ‘there and back’ contest.

After last year’s Finke was cancelled altogether due to the pandemic, the cars entry list for 2021 was filled up within 10 minutes of opening in March.

That prompted organisers to allow another 10 cars into the contest, in part to ensure continuity for those also contesting the Motorsport Australia BFGoodrich Offroad Championship, but the total figure will now drop.

By how much will not be known until registrations are completed in Alice Springs on Thursday, June 10, but around 160 entries in bikes and 20 in cars are registered to Victoria.

The timing of the hotspot declaration, announced late at night on May 26 and taking effect at the start of the next morning, was something of a perfect storm given those in Melbourne at the time had no more than 15 days to clear 14 days outside the city for quarantine-free entry into the Territory.

It is known, however, that the likes of Geelong’s Callum Norton, who finished fifth in the bikes category in 2019, were already in the Northern Territory and are therefore unaffected.

Scrutineering for Finke 2021 will take place on June 11, followed by the Prologue on June 12, and the out leg to Aputula (also known as Finke) on June 13.

The King of the Desert for 2021, in each division, will be known on the Queen’s Birthday Monday when competitors return to Alice Springs.