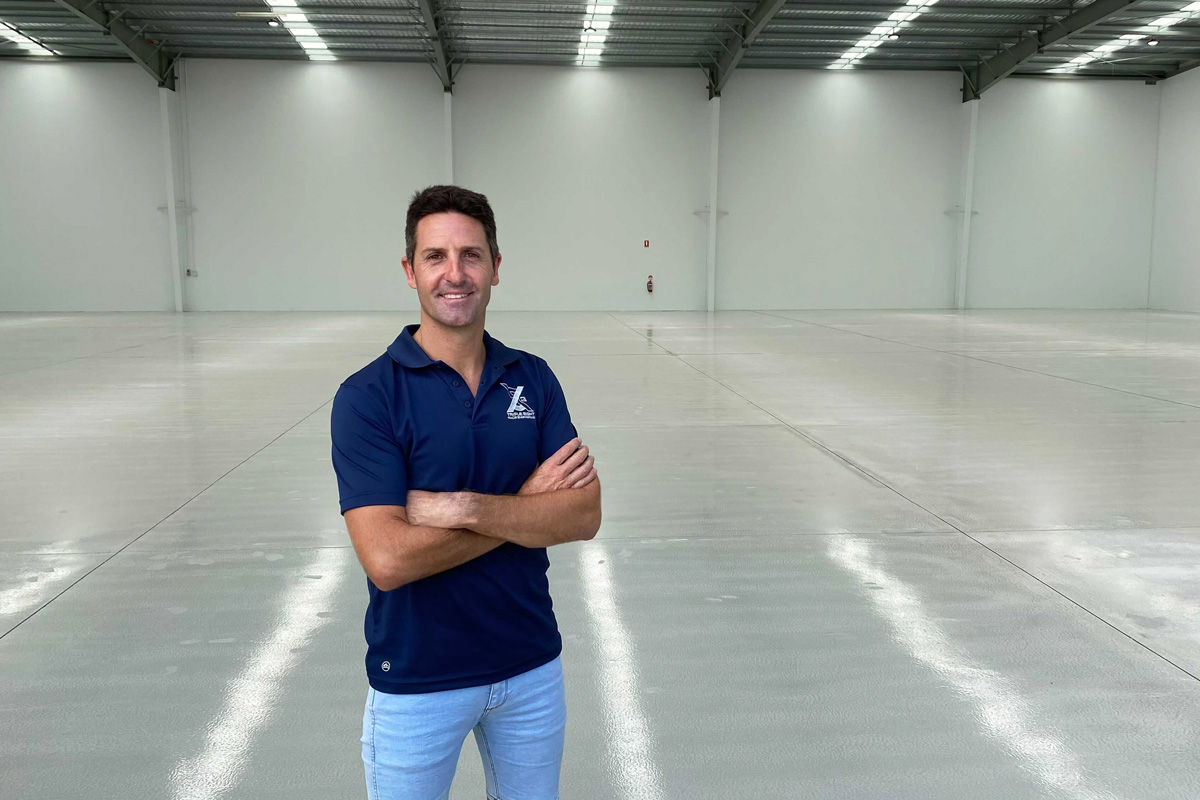 Jamie Whincup earlier this year at the then empty workshop

Triple Eight Race Engineering is nearing the completion of its new research and development manufacturing plant.

The new facility dubbed ‘73’ for its placing on Depot Street, Banyo, is just down the road from the existing Triple Eight workshop.

Work began to fit out the new Brisbane facility in January and it is expected to be completed in the coming months.

Earlier this year Triple Eight team principal and managing director Roland Dane told Speedcafe.com the additional workshop would allow the team to expand into other fields.

Jamie Whincup has also confirmed equipment had begun arriving at the new facility bringing it one step closer to being up and running.

“Some of our equipment has rocked up already. We’re still waiting a little bit for the main component.

“The robotic welding is the exciting one we’re waiting for. It’s still a few weeks away.
Obviously it takes a few weeks to commission those things as well.

“It’s full steam ahead, looking fantastic. As far as manufacturing parts goes, we’re still a little bit away yet.”

The larger, single-floor workshop will allow Triple Eight to facilitate more engineering projects and diversify outside of motorsport

It will also give the team more scope for its Supercars programme.

The build is conveniently timed with the rollout of Gen3, which will likely see the team building customer cars ahead of 2022.

“It can service all things motorsport and also outside of motorsport as well. The opportunities are absolutely endless.

“We’re an engineering company looking to produce engineering excellence. We’re excited to have a manufacturing facility to be able to back up the design and engineering work we currently do.

“We love motorsport and so motorsport is always going to be a high priority and right in your face.

“We’d love to venture out well past motorsport but we’re always going to have a soft spot for motorsport. That’s what we do and we believe that’s where you make the most learning.

“That’s what we get off on, as engineers and drivers in team land, is about building stuff and trying to go faster, taking your car to the track and going racing.

“We highly publicise the racing component, but there’s a big race going on back at the workshop, which is exciting.

“It’ll employ a heap more staff. There’ll be a heap more training by the current staff and the new staff as well. It’s creating jobs.”

The new Brisbane base is part of a shake-up at the engineering firm that has seen a change-up in the ownership and structure of the business.

Whincup, who bought into the business in 2018, increased his share in the business from 15 to 19 percent while Jessica Dane, who became a shareholder in 2015, increased her stake from 27 to 30 percent.

Incumbent managing director and team principal Roland Dane will step back from both of his roles in the business and will be succeeded by Whincup.

Dane will stay on as chairman of the board.