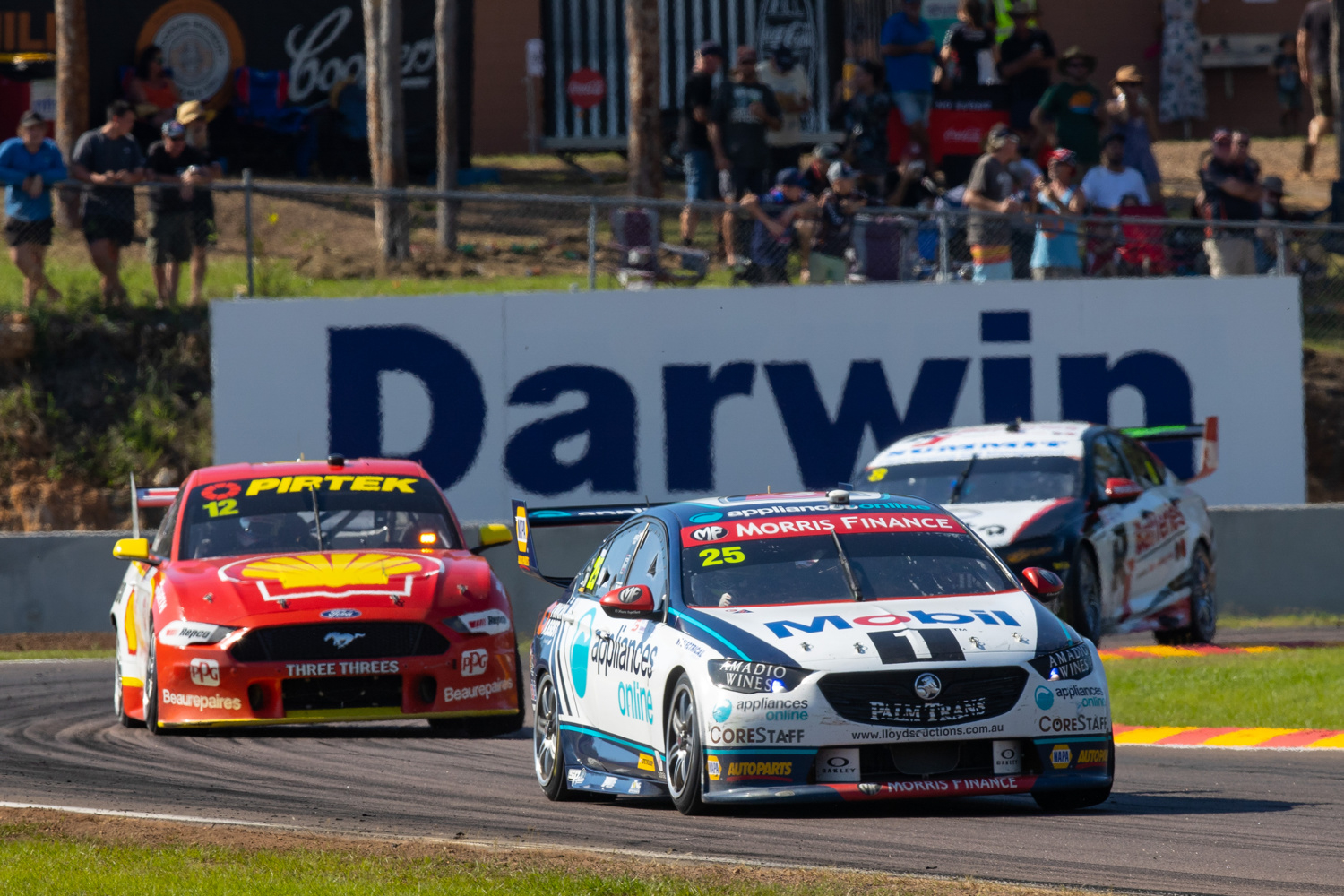 Supercars returns to the Northern Territory on June 18-20

Supercars has adjusted the super soft tyre allocation for the Merlin Darwin Triple Crown in the wake of the Winton SuperSprint postponement.

However, with what was supposed to be the fifth event of the year at Winton Motor Raceway pushed back, no pre-marked tyres could be allocated.

As such, teams have been allotted 36 brand new super soft tyres for the forthcoming Repco Supercars Championship event in the Northern Territory.

In effect, the tyre allocation has been swapped between the events, keeping four tyres from Darwin that they can take to Winton where they will then get 32 new super soft tyres.

Dunlop this year introduced its new super soft tyre for two of the lowest degradation circuits on the calendar.

It’s hoped the new tyre compound will spice up the racing as a result.

Soft compound tyres are used at all other events this year, except at Mount Panorama and Pukekohe Park where the hard compound tyre is used.

The Darwin Triple Crown is slated for June 18-20 while the Winton SuperSprint has been pushed back to a new tentative date of July 31-August 1.