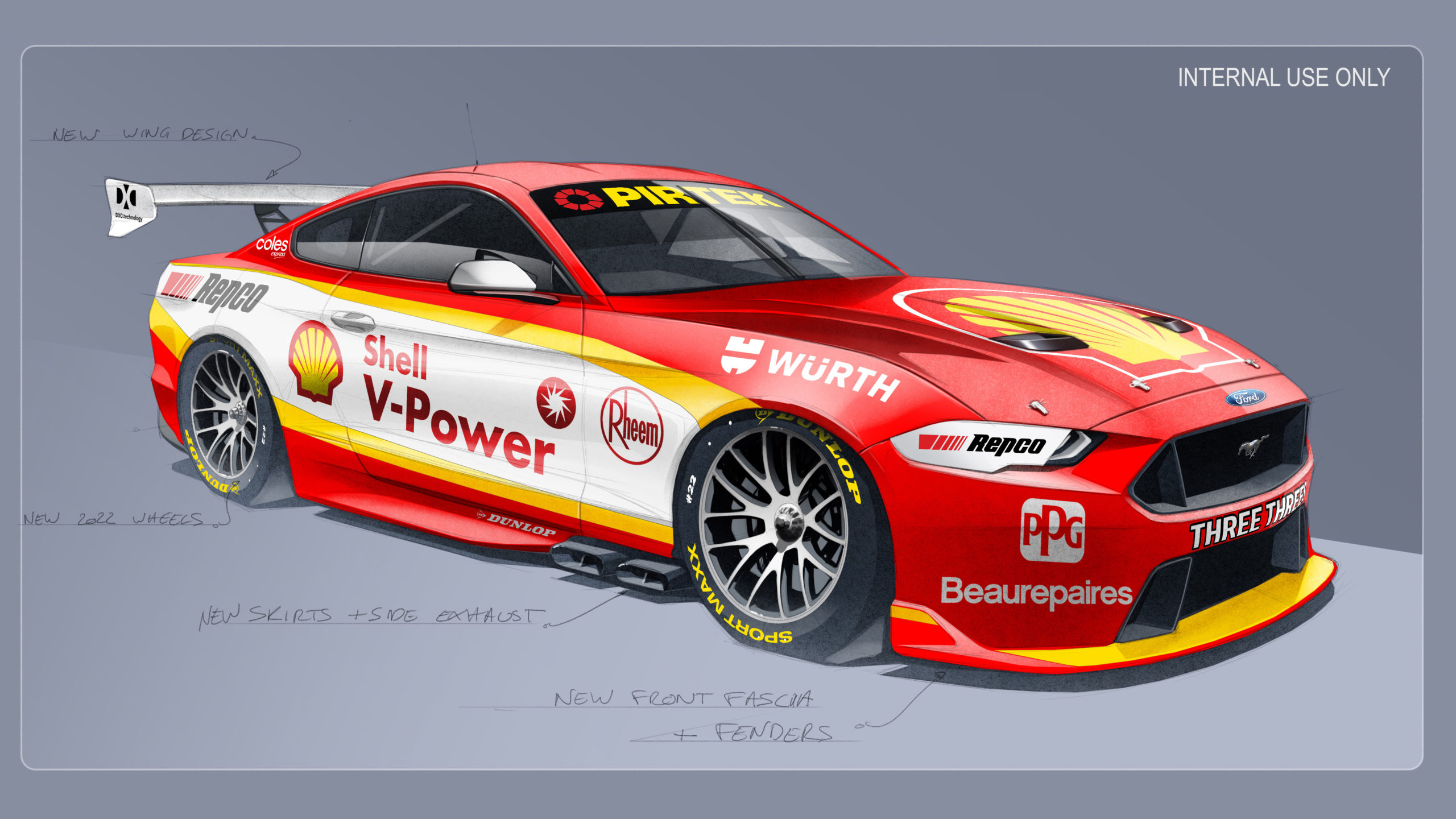 An artist’s impression of a Gen3 speification Ford Mustang

Supercars head of motorsport Adrian Burgess has revealed the category is planning to begin testing of its Gen3 prototypes in August.

It’s also been confirmed Supercars will test the cars behind closed doors at Sydney Motorsport Park.

Finer engine details of the two cars – a Chevrolet Camaro and Ford Mustang – have yet to be confirmed with development still in the works.

Speaking with select media, including Speedcafe.com, Burgess outlined the plan to conduct testing.

“August we hope to have both the prototypes running,” said Burgess.

“Both of those chassis are identical in every way, shape, or form. So the two homologation teams, along with Supercars, are building the two prototypes.

“We hope to have those on track, running in August.

“Teams testing will start probably later in the year or even early next year, it will all depend on a few more moving parts as to when that will be.”

A broad “middle of the year” estimate had been the only previous timeframe for initial prototype testing.

Burgess confirmed the project is on-track for a 2022 introduction, though not ruling out the possibility of that coming midway through the season.

Fundamental to the design of the Gen3 prototype is added emphasis on controlled componentry.

Supercars has awarded the controlled componentry tenders, with details surrounding the respective successful bidders expected to be revealed in the coming months.

Burgess said domestic and international parts manufacturing may limit whether Supercars can begin testing at the beginning or end of August.

He anticipates the prototypes will be fully-fledged when eventually rolled out, albeit with scope for changes thereafter.

“We want it as complete as we can do,” he added.

“We need to go testing, we need to do a few thousand kilometres on a few of the components. So the car, in order to do that, you want to have it as complete as possible.

“There’s obviously some things we don’t need to rush to have in the car for its rollout; refuelling system and things like that that aren’t critical for the operation of the car straight away. Obviously, they will be added as soon as they can.

“Like I say, there are lots of moving parts to this thing, and there’s lots of equipment coming from overseas that we’re waiting on,” he added.

“A lot of it’s here already, but there’s still stuff still coming. There’s a lot of bodywork to be produced from various manufacturers.

“All this takes time, and that’s why it’s impossible this far out to be more accurate with a date, other than our target is SMP (Sydney Motorsport Park) at the end of August.”

A public debut of the Gen3 prototypes hasn’t been confirmed.

However, Burgess said Supercars may bring the prototypes to an event later in the year.

“We’d love to bring it to some of the events this year; until we’re a bit closer to having it up and running, then we can’t really say which events,” said Burgess.

“It would be logical that we’d bring it to events and show it to the public as much as we can… and our partners and sponsors and teams.”