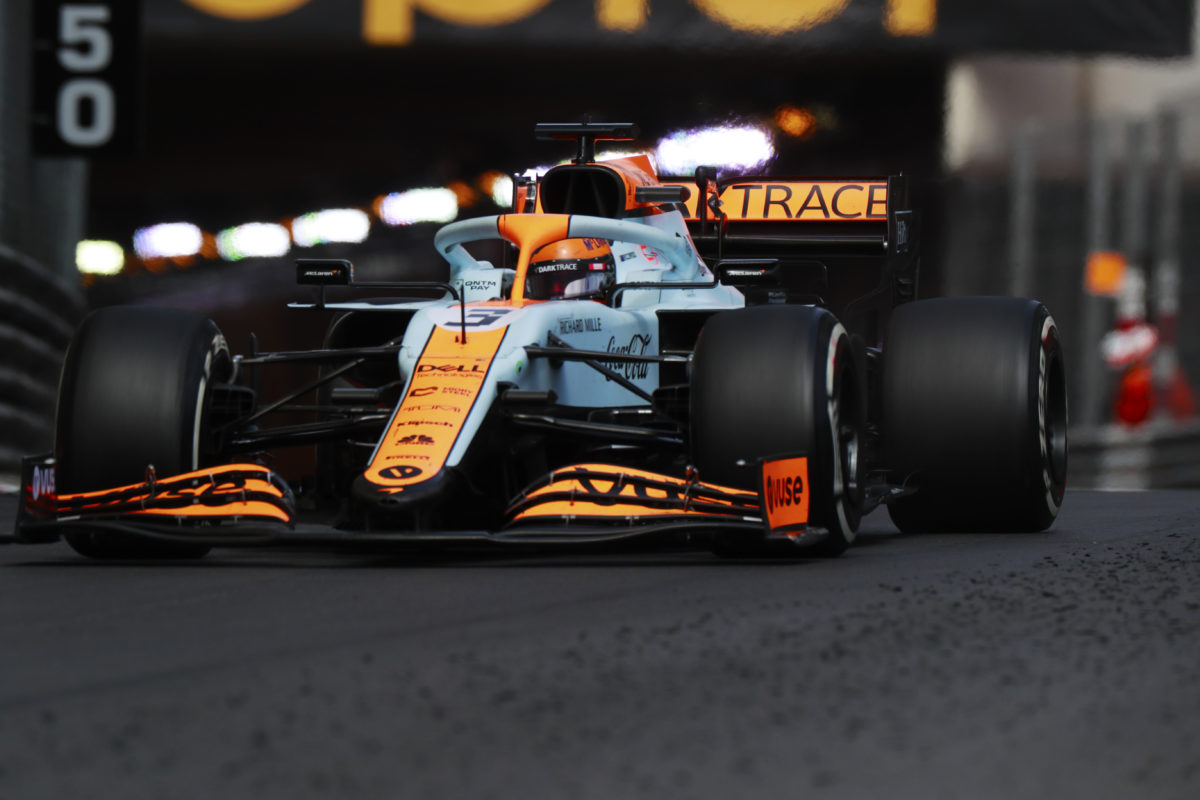 Daniel Ricciardo has revealed he spent time in McLaren’s simulator following the Formula 1 Monaco Grand Prix as he looked to further understand the MCL35M.

The Australian finished just 12th last time out, his worst performance of the season – the first time he’s missed the points in 2021.

Across the garage, Lando Norris steered the sister car to a third place finish, his second rostrum appearance of the campaign as he sits third in the drivers’ championship.

“Monaco wasn’t my weekend but I’m looking to bounce back,” Ricciardo said.

“It’s been important to take time to reset and refocus before heading to Baku.

“The team and I have been working hard in the sim to understand, analyse and pinpoint the key areas we need to improve.

“We know the car has good potential, we just need to put all pieces together to unlock it.”

Ricciardo has been working to understand the McLaren MCL35M all season, a car that requires a foreign driving style to extract its best.

While the 31-year-old appeared to make progress in Portugal and Spain, in Monaco that trend reversed.

He missed the cut into Qualifying 3 after struggling for pace throughout the weekend, and while outright lap time was there in the race, the damage by that point had already been done.

“There’s still that element of adapting to a new car which I’m sure will come with more time and mileage behind the wheel,” he said.

“I’m going to keep working at it, build on the progress we made in Portugal and Spain and try to feel as one with the car.”

This weekend’s Azerbaijan Grand Prix is tipped by Carlos Sainz as one that should play to McLaren’s favour.

Following the Spanish Grand Prix there were concerns the MCL35M lacked pace in slow corners, though Norris’ performance in Monaco put those to bed.

The Baku street circuit is a Jekyll and Hyde affair; tight and twisty in parts with one of the longest period of full throttle on the calendar.

“Baku is a really cool street circuit and one of those races where potentially anything could happen,” Ricciardo, who won the race in 2017, said.

“The track is known for having one of the longest straights on the calendar with three cars being able to run side-by-side as you head into Turn 1.

“Hopefully, we can get the car into the right window from the off on Friday and have a solid weekend.”

Opening practice for Sunday’s race begins on Friday at 18:30 AEST.