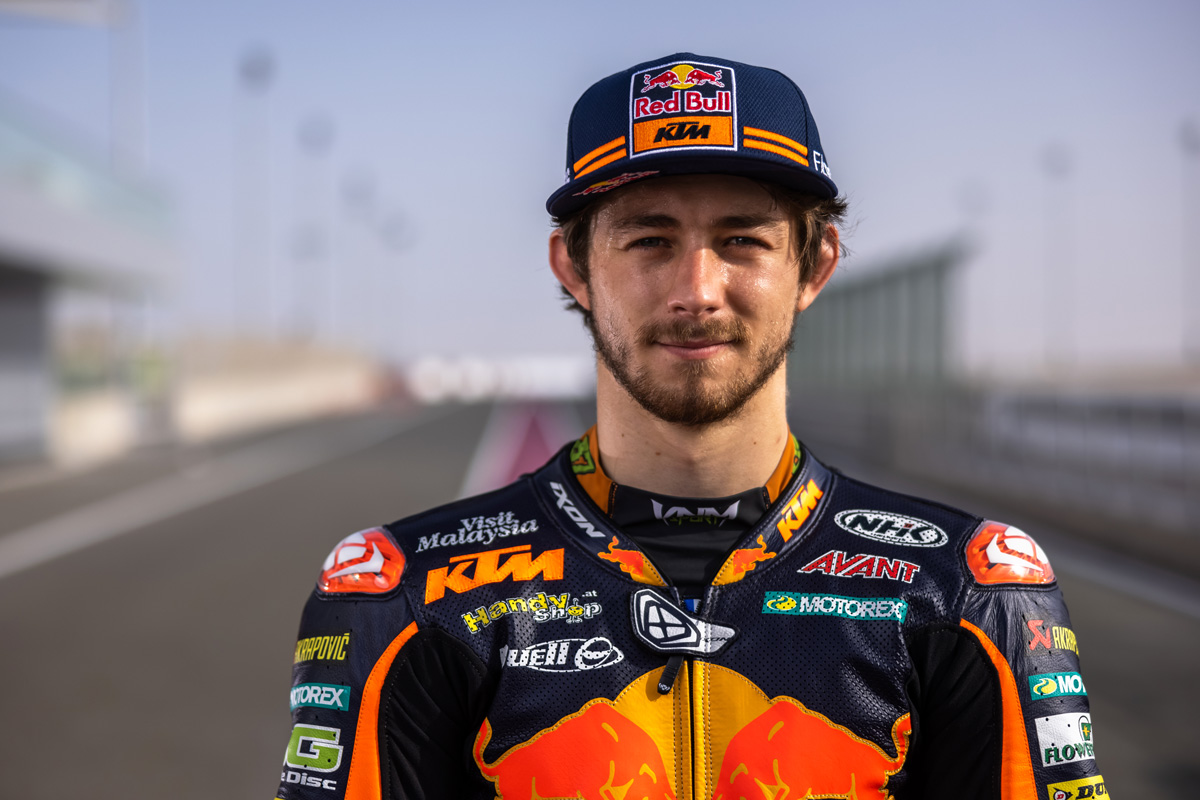 Remy Gardner will ride a KTM for the Tech3 team in MotoGP next year, the Austrian marque has confirmed.

Gardner currently leads the Moto2 world championship for the Red Bull KTM Ajo team, a position he consolidated with his first win of the season at Mugello, last weekend.

The second-generation rider has had a long journey through the junior classes, hampered by his relatively hefty size and older equipment, but has been a target of the Austrian marque for some time.

KTM offered Gardner a MotoGP seat in 2019, even before he had won a grand prix in any class, although he opted for to gain more experience in Moto2 at the time.

His move into the Ajo squad, from which current factory team riders Brad Binder and Miguel Oliveira both graduated, was announced midway through last season.

Now, it has been decided that he shall follow in their footsteps, while also returning to the Tech3 outfit with which he raced in Moto2 in 2017 and 2018.

“I’m extremely happy that KTM have given me this opportunity,” said the 23-year-old.

“It’s a dream come true for me and what we have worked for up until this point. It’s an incredible chance for me and I cannot wait to ride the bike. I just want to thank KTM for believing in me.

“I want to thank also everyone who has supported me to reach MotoGP. We’re just getting started.” 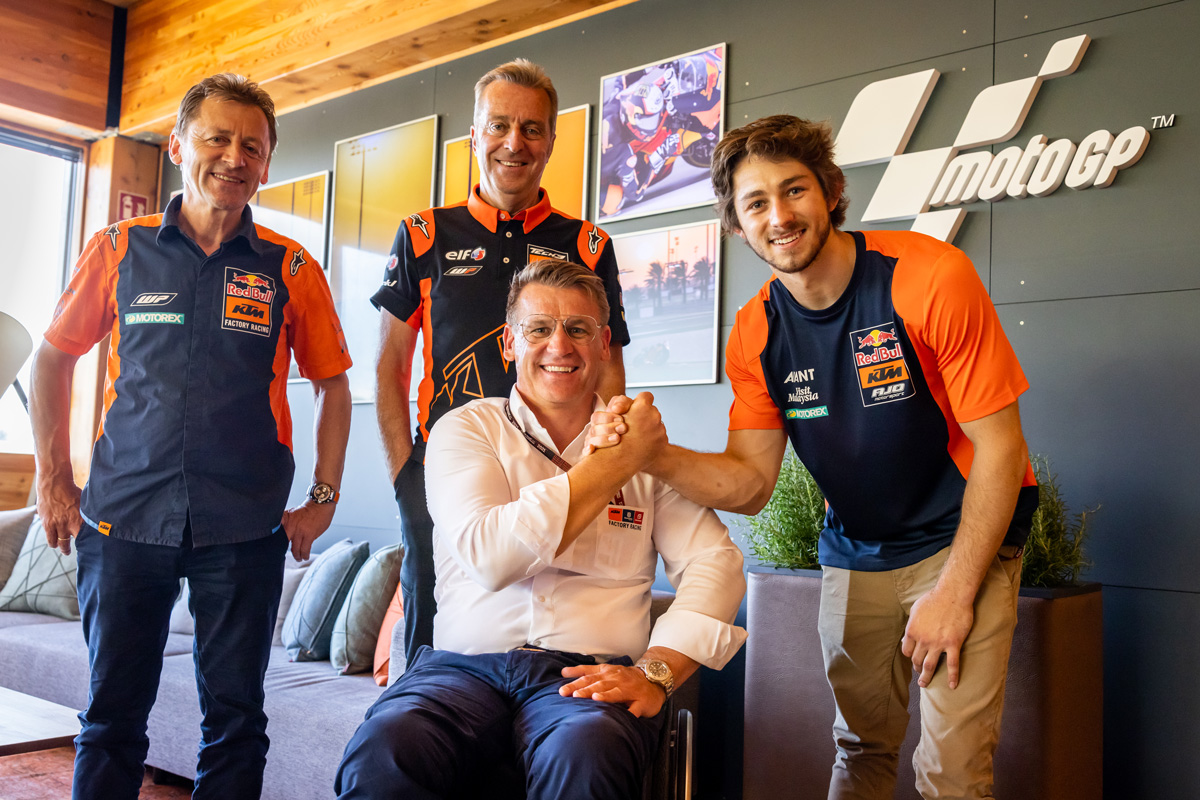 KTM motorsport director Pit Beirer alluded to Gardner’s record in Moto2, in which he has five podiums from six starts this season and six from his last seven once the win at Portugal last year is counted.

“It’s a real pleasure for us to bring Remy to MotoGP next season because we knew about his speed and ability for Moto2 and he has confirmed that potential,” said Beirer.

“We believe there is much more to come from him and it’s important he has this opportunity to keep growing.

“Remy is a typical racer. He’s super-determined and never gives up. He’s exciting to watch and we’re looking forward to working with him in this next step.

“Again, we’re also showing that the KTM GP Academy can give the right opportunity for riders that want to go all the way.”

“We believe he will be a strong asset to the KTM MotoGP line-up and I think having taken this decision is now going to help Remy to focus 100 percent on his Moto2 World Championship and will also help us, the Tech3 KTM Factory Racing Team to focus on our 2021 season.

“So, welcome back, Remy, keep on pushing and come to join us for your MotoGP adventure in 2022.”

Gardner’s ascension was forecast by father Wayne, the 1987 500cc world champion, who said his son had a guarantee of a MotoGP ride with KTM in 2022.

The Sydney-born rider’s news closely follows that of Binder, who has been re-signed to ride for Red Bull KTM Factory Racing at least until the end of 2024.

Neither fellow factory team rider Oliveira nor Tech3 incumbents Danilo Petrucci and Iker Lecuona are confirmed beyond the present season.

MotoGP continues this coming weekend with Round 7 at the Circuit de Barcelona-Catalunya.