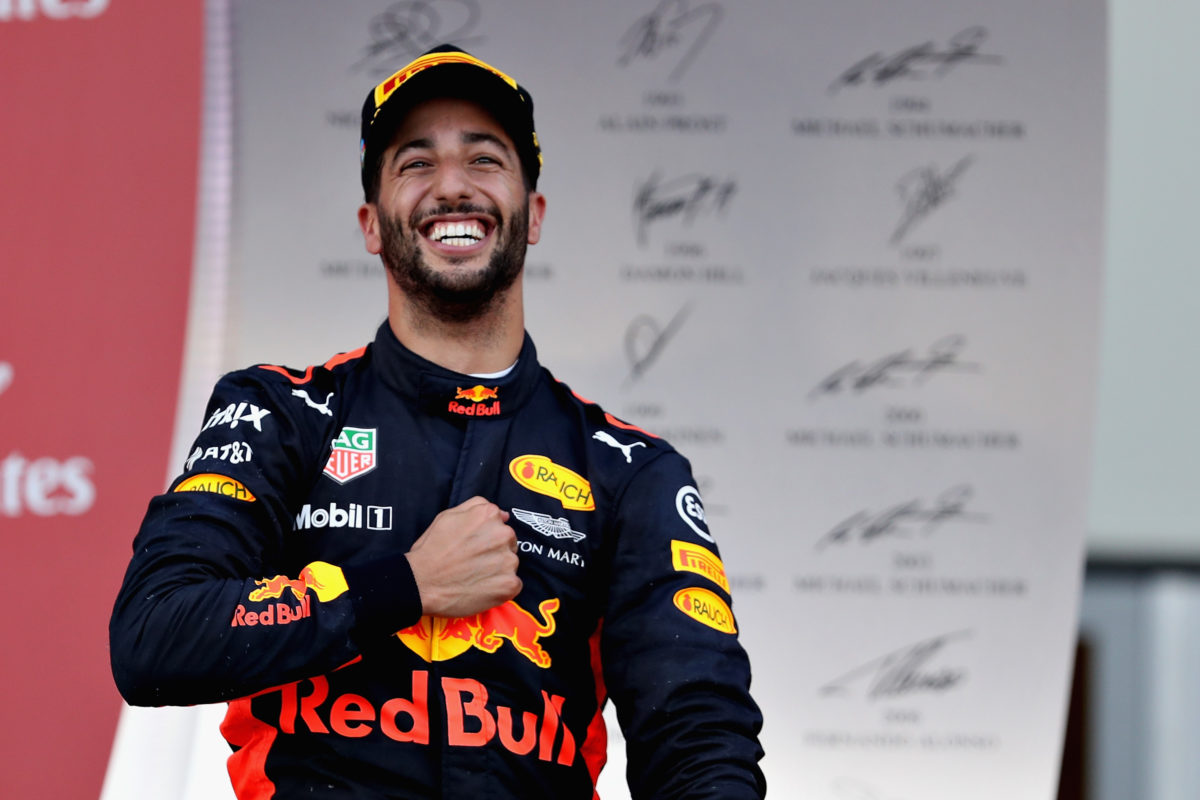 Being part of a driver programme during his formative years, and the influence of Helmut Marko, helped get Daniel Ricciardo up to speed in Formula 1.

The Australian was a member of Red Bull’s famously brutal academy, rising through the ranks before being farmed out to HRT in 2011.

He graduated to Toro Rosso the following season before replacing Mark Webber at the senior team for 2014.

There he joined Sebastian Vettel, himself a product of the cut-throat Red Bull system.

According to Ricciardo, the real gains were made prior to his arrival in F1 – even if he’s claimed he wasn’t ready.

“Just being before I was in F1, I was already reserve driver and being around the meetings and the engineering and understanding a little bit how it worked already.

“So it just kind of helped really build up to that.”

Red Bull’s driver programme is headed by Dr Helmut Marko, a former racer himself who carries a fearsome reputation for his blunt approach.

Marko has overseen the rise of drivers like Vettel, but has also been responsible for all but ending the careers (in F1 terms) of drivers like Christian Klien, Sebastien Buemi, and Jaime Alguersuari to list just a few.

“I guess having Helmut Marko keeping you on your toes from day one, that set the tone,” Ricciardo said.

He then added, “some phone calls are good, some aren’t, but you know where you stand, so I’ll always respect him for that.”

Now a seven-time grand prix winner, Ricciardo has reflected that the Marko-led programme was his only shot of making it to F1.

“I certainly wouldn’t change it,” he said of his experience.

“I also didn’t have a choice at the time – it was the best opportunity I could get my hands on, absolutely.

“But even if I had choices, I really wouldn’t have changed any of those years and that kind of upbringing.

“It helps a lot, and it I’m certainly still, I’ll always be grateful for that because it gets you up to speed.”

Ricciardo left the Red Bull nest at the end of 2018 for a two-year stint with Renault.

He’s this season joined McLaren, and sits eighth in the drivers’ championship after five races in what has been (in points scoring terms) the strongest start to a season since his time with Red Bull.

The Formula 1 season continues this weekend with the Azerbaijan Grand Prix, a race Ricciardo won in 2017, practice for which begins at 18:30 AEST on Friday.