Palou, who won the IndyCar Series season-opener at Barber Motorsports Park earlier this year, traded places with Meyer Shank Racing’s Castroneves in the dying stages of the 200-lapper but ultimately came up short.

The Spaniard led Castroneves as they crossed the line to start the second-to-last lap, though the Brazilian soon swept around the outside to take top spot.

From there, the 46-year-old was unchallenged as traffic on the final lap put paid to Palou’s hopes of winning the race.

“Oh man, it hurts, it hurts around here,” said Palou.

“This is the Indy 500. I cannot be angry about finishing second. But we had the car to win. We had the best car.

“The #10 NTT Data car, it was amazing. Honda, man… Honda gave us a lot of speed today. I think we were ahead of the other guys.

“I’m super proud of finishing second. It hurts a lot as I said, but it was a good battle with Helio and I think it’s better when you lose against the best in the business.” 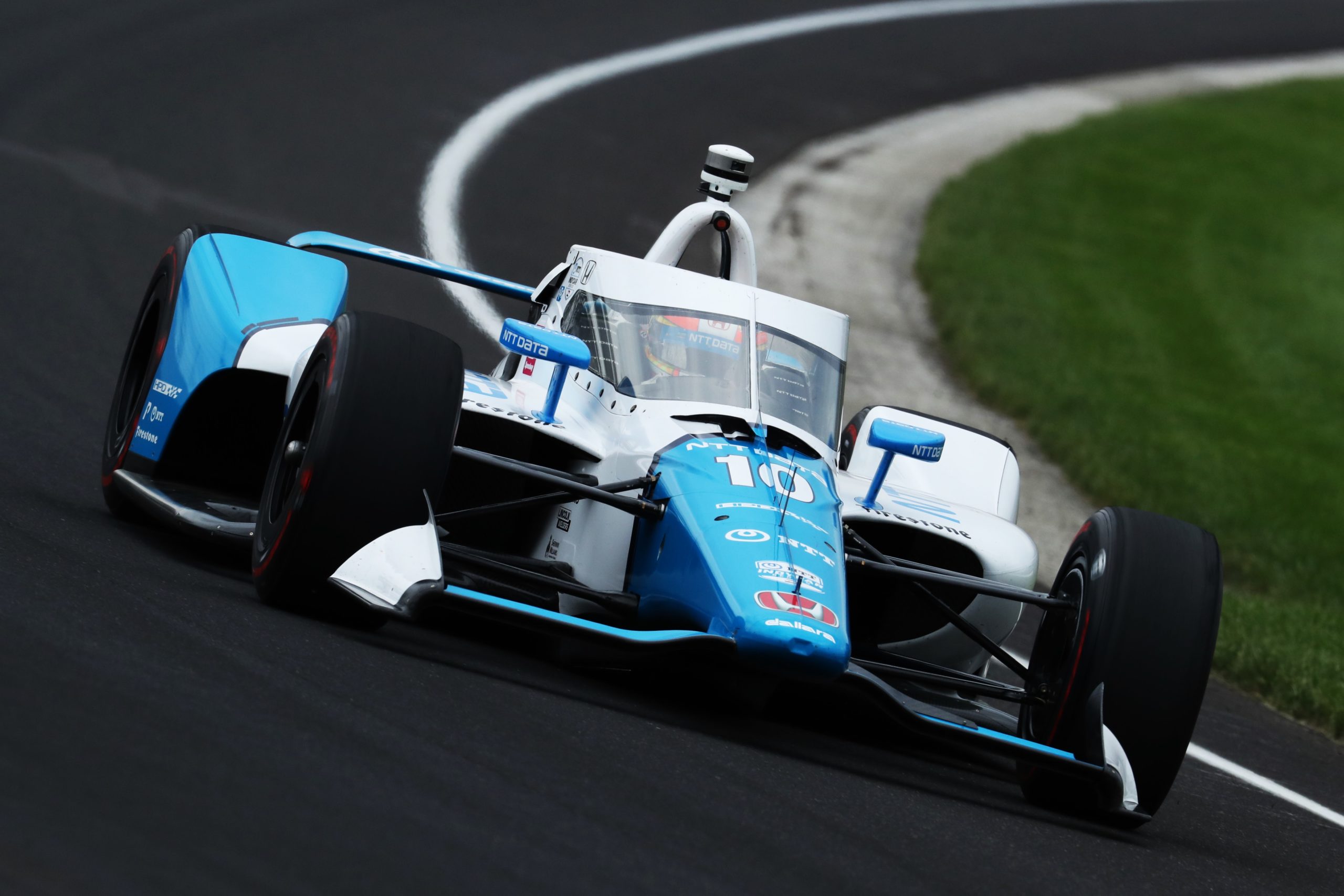 Palou’s performance was in stark contrast to veteran Chip Ganassi Racing team-mate Scott Dixon, who ran out of fuel on the way to his pit box and couldn’t get his car refired quickly during his first pit stop.

Dixon would finish the race 17th having been a lap down in the opening stanza.

In some ways, it was a reversal of fortunes for the pair, Dixon having earlier in the month claimed pole position while Palou crashed heavily in qualifying.

In what was only his second Indianapolis 500 start, the 24-year-old believed he had the speed to win the race.

“You never know, this is racing,” said Palou of whether he could have won if not for the late-race traffic.

“Could have, would have. I think so, I think I was a bit faster than him and I was able to get him right back on the back straight as soon as he was passing me.

“I didn’t let him past, but once you get a good run there’s nothing you can do and I couldn’t keep my position there.

“The traffic didn’t help, for sure, but it is what it is. This is racing. And another pit stop there was traffic that was helping me. I can’t complain about that.

“We’ll be back stronger. It hurts a lot. But good points for us. Good experience for me. Is still my sixth or seventh race on an oval. Hopefully I can win next year.”

Palou leads the drivers’ standings after six races on 248 points ahead of team-mate Dixon (212) and Arrow McLaren SP’s Pato O’Ward (211).

The series heads to the Belle Isle Street Circuit across June 12-13 for the Detroit Grand Prix.