Pagenaud ‘could smell the blood’ as he hunted 500 win

Pagenaud ‘could smell the blood’ as he hunted 500 win 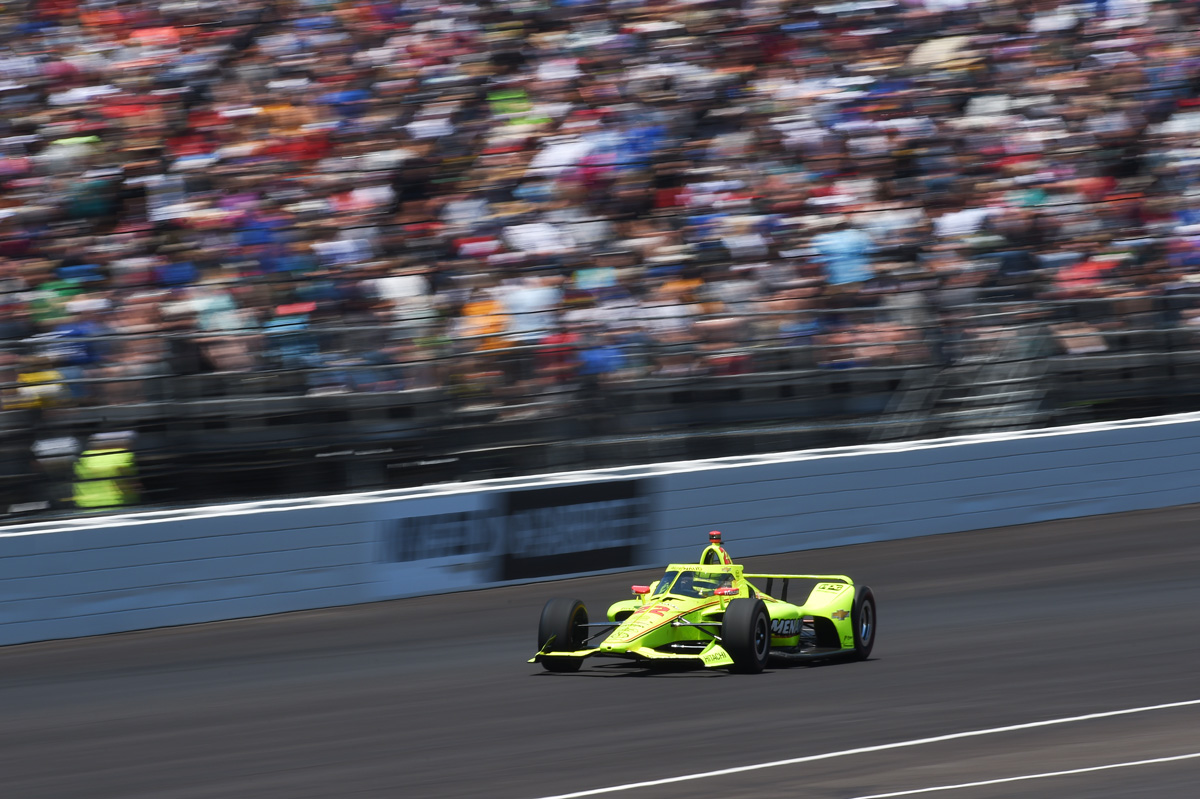 Simon Pagenaud could sense a rare opportunity as the dying stages of the Indianapolis 500 approached yesterday.

The Frenchman had been fast all event in race trim but, like his Team Penske stable-mates, struggled dearly in qualifying mode.

The result was a starting position of just 26th, demanding a spectacular comeback drive.

He did not disappoint, passing more cars on-track than anyone to join the lead pack of Helio Castroneves, Alex Palou and Pato O’Ward when it mattered.

Ultimately Castroneves would pip Palou to the post in a thrilling finish as Pagenaud surged by O’Ward on the final lap to steal third.

“I love the tension through the race and how much you have to let the animal inside of you come out in the last 20 laps. It’s a feel I’ve never had on any other racetracks. That fight at the end.

“Being in it, even though I was third, I could smell the blood.

“I’ll tell you what, it’s the best feeling in racing.

“Obviously I want to win. It hurts to be third. Maybe one more lap I would have had a shot at Helio, who knows. But it’s only 500 miles. We should have done it earlier.

“That’s what it’s all about at the end of the day. I’m proud. I’m proud of my team, proud of myself… it’s amazing to have won, come back, every year you know we are threats.

“That’s what it’s all about for me. It’s about always scratching at victory. This place is just amazing. There’s nothing else like it.”

As for the ability to charge through the field, Pagenaud admitted to playing a high-risk game.

“I thought I could pass people. I thought it was a matter of having the right adjustment done during the pit stops,” he said.

“It was a matter of being aggressive also. I took a lot of risks today, more risks than I usually take, because it’s such an incredible race. I could smell the blood.

“Certainly at the end you saw how fast the Menard car was. Yeah, just came up a little short. It hurts a little bit, I got to say.”

The IndyCar season will resume with a Detroit double-header on June 12-13.