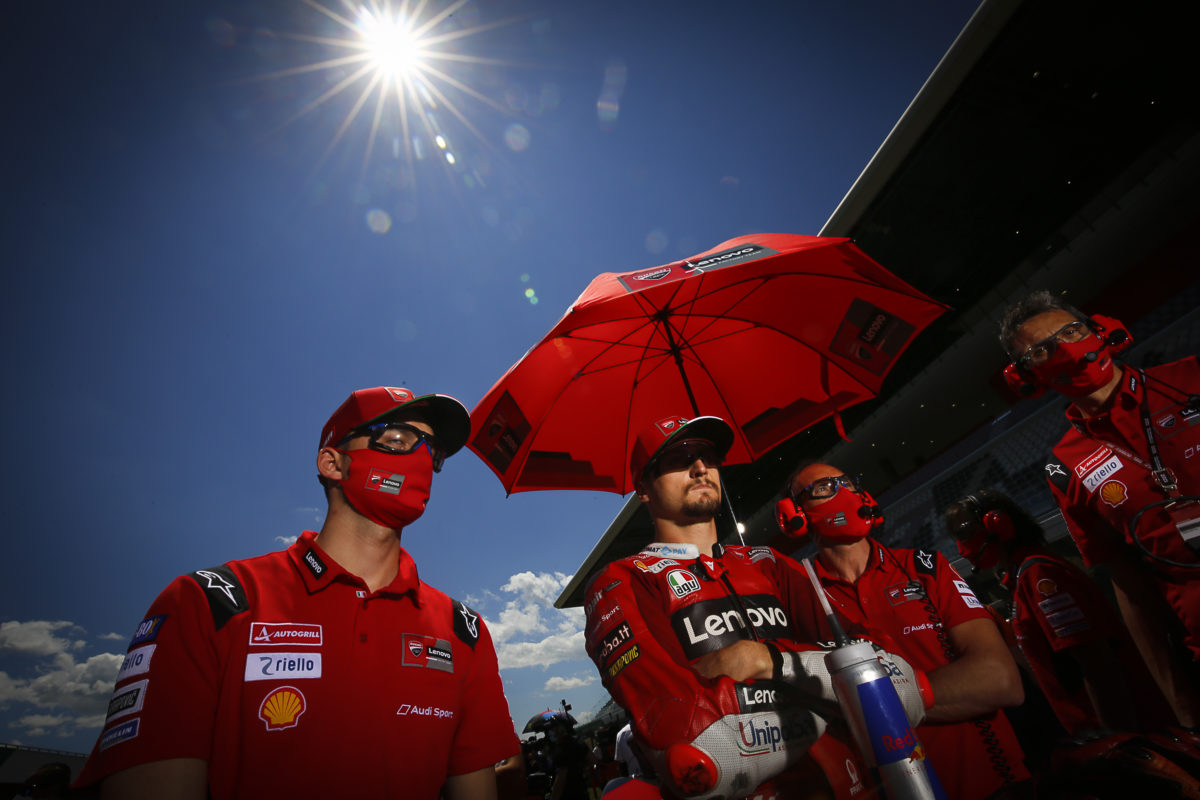 Jack Miller has described the television coverage of the Moto3 crash which killed Jason Dupasquier as “unacceptable”.

Dupasquier was involved in a multi-bike accident at the end of the lightweight class’s qualifying session at Mugello, just ahead of MotoGP Free Practice 4.

A replay was shown on the television world feed in the moments after, before regular shots of the medical team attending to the 19-year-old on the race track during the long delay in the afternoon’s programme.

All the while, the MotoGP riders waited in their garages for FP4 and the qualifying sessions which followed.

Dupasquier’s death was announced between Sunday’s Moto3 and Moto2 races, and Miller was among those who supported racing despite the tragedy.

However, he was angry about how the incident was dealt with by television networks and Dorna Sports, which produces the world feed, on the Saturday.

“Last night [Saturday] I had a dinner, we had Sky TV on in the hospitality and I made everybody unplug all the TVs because at the end I think I saw 10 f***ing replays of the crash,” said the Ducati Team rider.

“And I think this is unacceptable more than anything. You don’t know the situation, you don’t know what’s happening.

“We were all hoping and praying and for them to keep playing this shit shouldn’t happen. That they have access to this footage, it shouldn’t be there.

“But that’s the world we live in at the moment, it’s all about media and getting views. So, it is what it is.”

Television’s treatment of major crashes became a talking point in both MotoGP and Formula 1 last year.

The two-wheeled Austrian Grand Prix was marred by the shocking Johann Zarco-Franco Morbidelli incident, after which some riders were critical of the repetition of replays as they sat in the pits waiting for a race restart.

Similarly, Daniel Ricciardo was “disgusted” at the number of replays of Romain Grosjean’s fiery Bahrain Grand Prix crash during the red flag delay, claiming it was “f***ing with everyone’s emotions”.

Sunday’s Italian MotoGP winner Fabio Quartararo said the footage was “not nice to see” but was not as critical of television.

“Actually, last year I think it was in Austria we saw the crash a lot of times and today we saw it I think once or twice,” observed the Yamaha rider.

“Then we saw also the corners, the helicopter. It’s not a nice scene to see before you are going to be at 350km/h a few minutes later.

“But I guess it’s not easy for us, but not easy also for the TVs. So, yes, you just need to make a reset when you start and try to focus on your job.”

Brad Binder believes that while seeing vision of the aftermath of a crash may be unpleasant, it can also be encouraging when it becomes apparent that the rider is not seriously injured.

“But also, at the same time it’s really good seeing when things are coming right and you’re seeing some movement there or anything like that, it really calms you. But it is what it is.”

The MotoGP season continues this weekend with the Catalan Grand Prix, Round 7, at the Circuit de Barcelona-Catalunya.