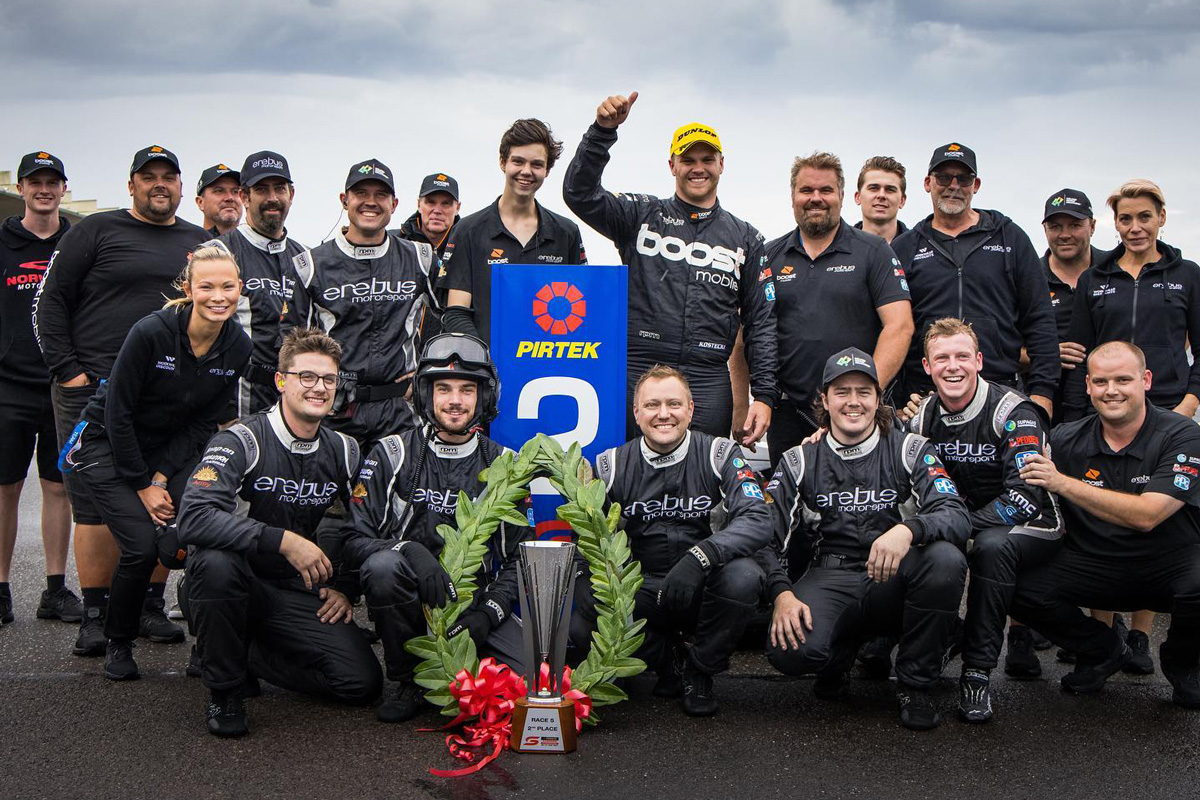 Betty Klimenko says she and Erebus Motorsport boss Barry Ryan have a duty of care to their crew and must draw the line when it comes to border dashes.

That call came after Victoria was plunged into lockdown last week due to the escalating situation surrounding the COVID-19 pandemic.

With the Northern Territory designating Greater Melbourne a hotspot, that has necessitated the teams being out of the state for 14 days before heading north.

There was talk of teams making an immediate border dash; however, that was soon put to bed with teams instead set to move out of the state tomorrow.

Speedcafe.com understands the Erebus hierarchy was dissatisfied with the call from Supercars to up sticks despite promises that the move would not last longer than the Darwin Triple Crown on June 18-20.

However, since then, it is believed the team has come around with Supercars chief operating officer Shane Howard confirming all teams are onboard.

Last year Victorian teams spent more than 100 days on the road due to the pandemic, most basing themselves out of the Gold Coast, before returning home after the season-ending Bathurst 1000.

“Let’s just get this straight once and for all, last year I, AND NO ONE ELSE, made a promise, that my team would not go through what they went through in 2020,” Klimenko wrote on Facebook.

“We had crew who had to leave their wives with small kids to go through the lockdown on their own, the list is long, but they were not there, families were torn apart, children left with relatives, and older parents not seen for over a 100 days, animals were left alone, mortgages had to be paid, the list goes on and on, so when some idiot says that we should just drop everything for the good of the sport, I see red.

“I LOVE my sport, but there is a duty of care, that comes from having a team with you. AND this year it was ME CONSULTING WITH BARRY, AND NO ONE ELSE, that said NO to running the border.

“So all those out there, who think we should drop everything and run for the good of the sport, leave your home, leave your wives and children, your parents, everything you know for 100 days and then tell me if you want to do it again. Think of the big picture. Just think BREAD AND CIRCUSES!

“The only reason I and Barry agreed to Darwin is that we were promised that it is a one-time thing, and everyone will go straight home after. I know the sport is important and that we all do whatever we can to get out there, and Erebus will, but not at the cost of the team.

“Love me, hate me, but I will stick to my promise.”

The Repco Supercars Championship is set to return at Hidden Valley Raceway for the fifth event of 2021.