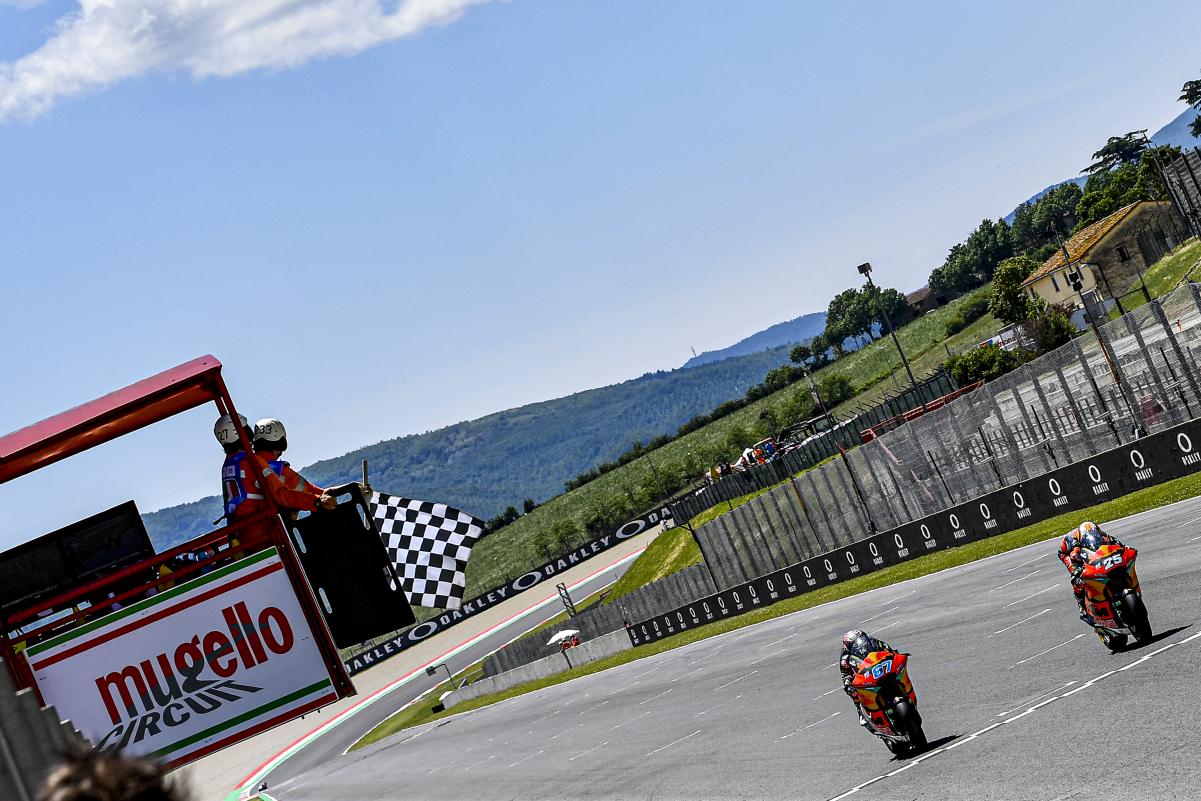 Remy Gardner says that his plan for the Italian Moto2 Grand Prix came together “perfectly” as he beat Red Bull KTM Ajo team-mate Raul Fernandez to victory in a thriller.

Fernandez had qualified on pole position and led from lights out until midway through the 21st and final lap around Mugello.

That was when Gardner dived down the inside at Scarperia, before prevailing in a drag to the finish line by just 0.014s.

The second-generation rider had run second initially and then in third position for six laps until Sam Lowes crashed on Lap 16, during which time he drifted to almost two seconds back from Fernandez.

Gardner admitted that he struggled to match the rookie Spaniard for pace, seemingly referencing his relatively hefty size and the significant hindrance that it is in the intermediate class.

However, he was able to catch Fernandez with three laps to go before making the move which also meant he keeps the championship lead.

“The set-up today was a bit different to all the weekend and I never really had quite the last tenth on Raul all weekend,” admitted Gardner.

“I think, honestly, that was coming from maybe the long straight, you know?

“I knew I was strong throughout the lap; every time we’d start the lap, I’d start to get back on him…

“But it was a little bit strange on my front end. I was opening the gas and the thing was closing.

“I don’t know if you guys saw but I had many, many moments on the front, so I kind of changed my riding style halfway through the race to try and combat that, and I think towards the end I came quite strong.

“Another thing was, I was also kind of managing the fitness because it’s such a physical track. I was trying to keep calm in the beginning and strike in those last few laps and I think my plan worked out perfectly.” 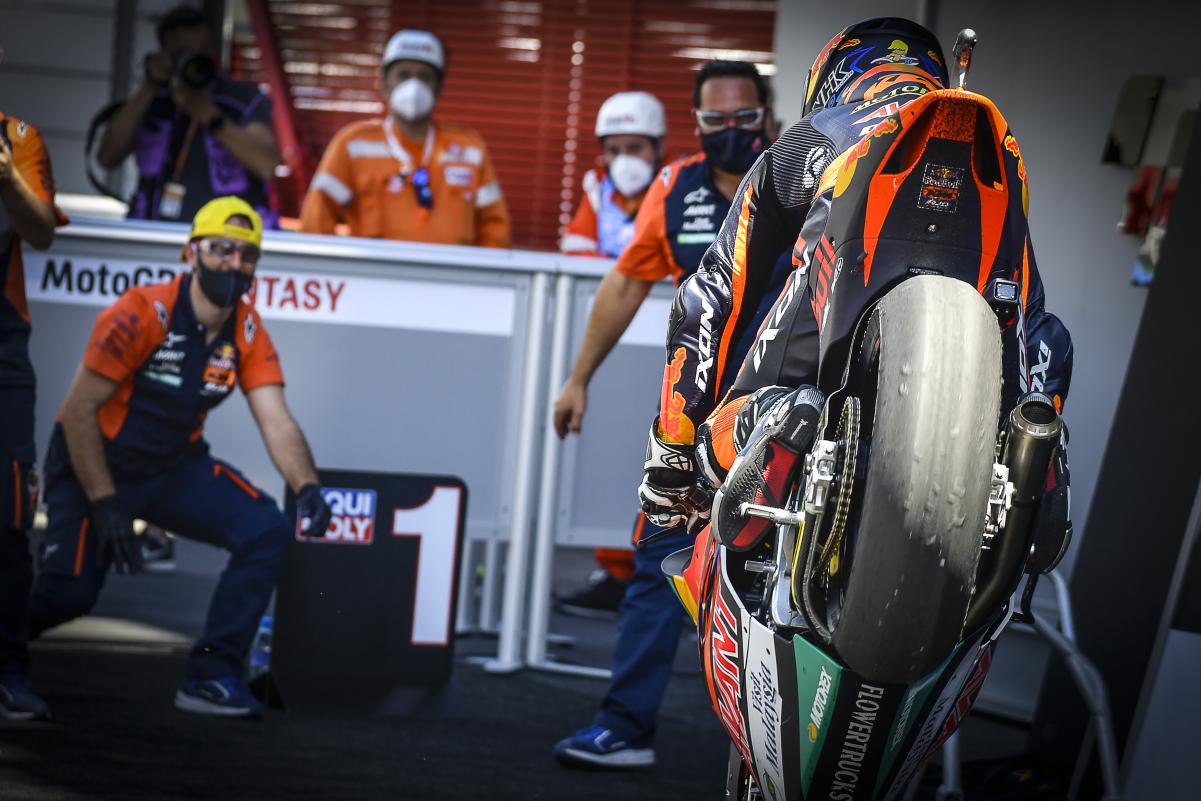 Gardner celebrates with a ‘stoppie’ in pit lane. Picture: MotoGP.com

Gardner’s lead in the championship is now six points, up from one at the start of the weekend, in what remains a Red Bull KTM Ajo one-two on the table also.

It is, however, just the 23-year-old Australian’s second grand prix victory ever, after also taking out the Portugal Moto2 race at the end of last season.

“Another win for me, so I just want to thank the team and everybody who supports me. I’m lost for words.”

In Moto3, Dennis Foggia took victory by 0.036s from Jaume Masia in what was a typical pack race for the lightweight class at Mugello.

Masia is now second in the championship but a massive 52 points behind Red Bull KTM Ajo team-mate Pedro Acosta, who was eighth on the day.

Round 7 for the three grand prix classes will be held next weekend (June 4-6) at the Circuit de Barcelona-Catalunya.