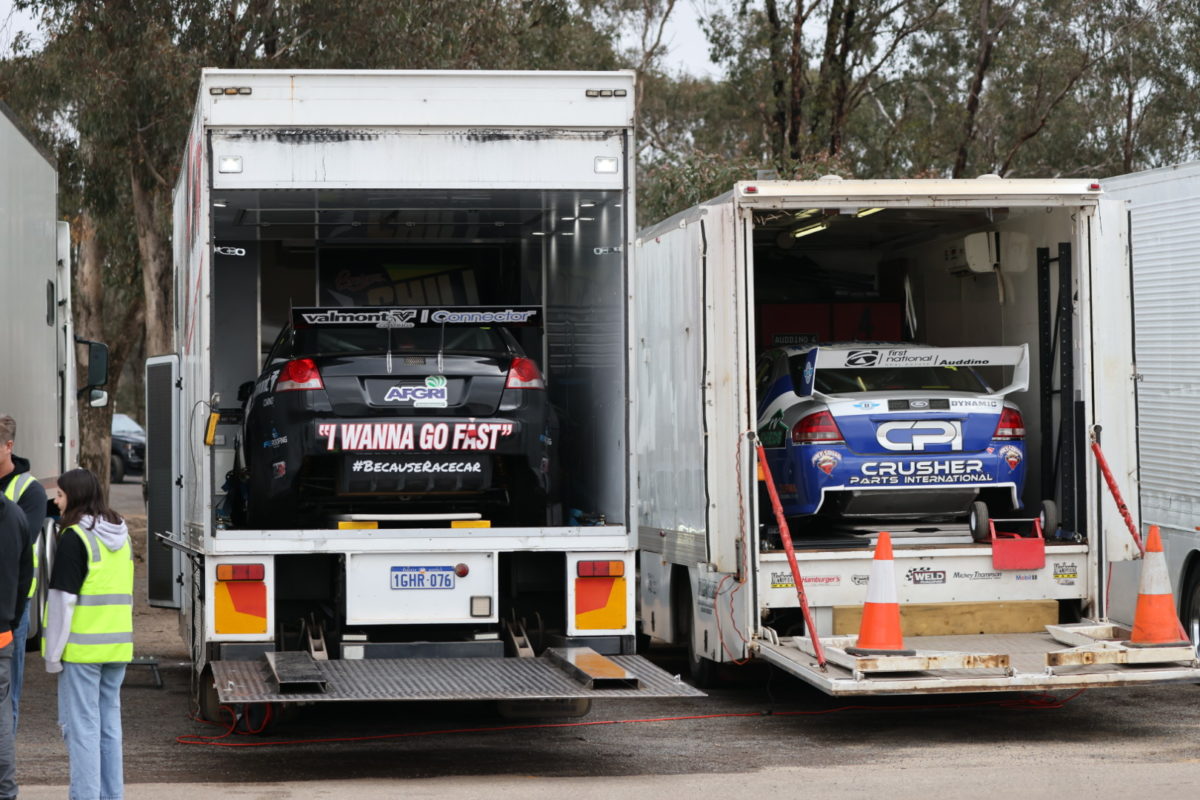 Super3 transporters, with cars not unloaded, at Winton

Dunlop Super2 Series competitors are unhappy at being forced into their wasteful Winton trip, given the obvious potential for the event to be cancelled.

Support category crews had already arrived at the regional Victorian circuit last Thursday morning when Supercars opted to postpone the Winton SuperSprint until the weekend of Saturday, July 31.

That represents the closest any event has come, at least in Australia, to last year’s Formula 1 grand prix at Albert Park, which was canned within hours of the schedule start of practice for the headline act.

It was also an exercise for which costs ran into the thousands of dollars, staff included, according to one Super2 team owner.

Supercars seemingly made its Winton decision midway through the Thursday morning, given teams on the ground became aware just prior to 11:00, when the Victorian Acting Premier’s press conference began.

While the Victorian Government ultimately announced that professional sport could proceed without crowds, the lockdown which was confirmed was hardly an unexpected call.

As at the morning prior, that being the Wednesday, the Whittlesea cluster was already 15 COVID-19 cases and there were signs that afternoon of more to come.

Anecdotally, some Super2/Super3 teams are said to have encountered heavy traffic outbound from Melbourne when they made the drive to Winton on the Thursday in question, speaking to the mood of residents in the capital.

It is understood, however, that there was no communication to teams that a cancellation or postponement was a possibility.

In fairness to Supercars, some of its own staff, including key Super2 figure Mark Galbraith, were also already at the circuit.

Furthermore, the event supplementary regulations stipulated a park-up time of 08:30 to 10:00 that morning, but few bothered to start unloading once permitted to do so from 10:00.

Nevertheless, a number of team bosses believe that allowances should have been made in light of the Melbourne COVID situation and the not unlikely chance of disruption to the event.

Suggestions include allowing Victorian teams to wait at base, and those from interstate to potentially sit on the north side of the border, until more was known later in the morning.

Speedcafe.com approached Supercars about the matter, and a spokesperson issued the following comment:

“On Wednesday evening, the Benalla Auto Club’s COVID Safety Plan was approved, meaning the event at that point in time was able to proceed in a manner that would have ensured the safety of all competitors, staff, volunteers and fans.

“Once further restrictions were imposed by the Victorian Government on Thursday morning that made the event untenable, all individuals within the track precinct were informed and set up was ceased.

“Supercars category management has been in contact with Super2 competitors since Thursday and have not received any complaints about how the situation was handled.”

Super2 is set to follow the Winton SuperSprint to its new, although currently tentative date of July 31-August 1.

The circuit will therefore host the third round of the series, given the second tier is also on the support bill for the NTI Townsville 500 which takes place on July 9-11.