Scott McLaughlin was the highest placed rookie in 20th

Scott McLaughlin was left to lament a mistake in the 105th Indianapolis 500 that deprived him of a possible top 10 finish on debut.

Piloting the Pennzoil-backed #3 Team Penske entry, McLaughlin found himself on the fringe of the top 10 throughout the opening half of the 200-lap affair.

However, a mistake on entry to the pit lane soon after the midway point resulted in the 27-year-old being handed a drive-through penalty for speeding in the pits.

Forced to go through the pit lane again, McLaughlin dropped to the tail end of the lead lap, eventually recovering to finish 20th.

Prior to the penalty, McLaughlin had returned to the race after his service just behind eventual winner Helio Castroneves of Meyer Shank Racing.

Speaking after the race, in which he was the highest placed rookie ahead of 25th place finisher Pietro Fittipaldi (Dale Coyne Racing w/Rick Ware Racing), McLaughlin said it was a “bittersweet” debut.

“My race, look, really happy to get the Rookie of the Year honours,” said McLaughlin.

“I would have loved to have been a little higher. I feel like I could have been in the front group.

“I don’t know if I would have won the race, but I certainly feel I could have been a factor in the top 10.

“Bittersweet day for me. I’m proud of everybody on the Pennzoil car, it felt good. I’ve got many more to come, hopefully.”

While McLaughlin was able to eventually arrest the speed of his car as he came into the pits, several drivers throughout the field failed to do so.

Andretti Autosport driver Stefan Wilson was the first to lose control under brakes into the pit lane, crashing into the pit wall and duly bringing out the Full Course Caution.

The New Zealander said he knew his hopes were dashed once he’d made the mistake.

“You can’t make mistakes here. It genuinely needs to be a perfect day. It’s a place that really bites you. When you don’t think it’s coming.

“I just made a simple mistake. Didn’t quite pump my brake pedal up enough. Yeah, I had a pretty stone-cold set of rotors going into pit lane there. Couldn’t pull up.

“Thankfully no one was hurt because I came in there pretty hot.

“But, yeah, look, obviously I’m pretty stoked to get the Rookie of the Year. Absolutely that was the main goal.

“At the same time I had a really good car today. It’s just a little, like I said, bittersweet. 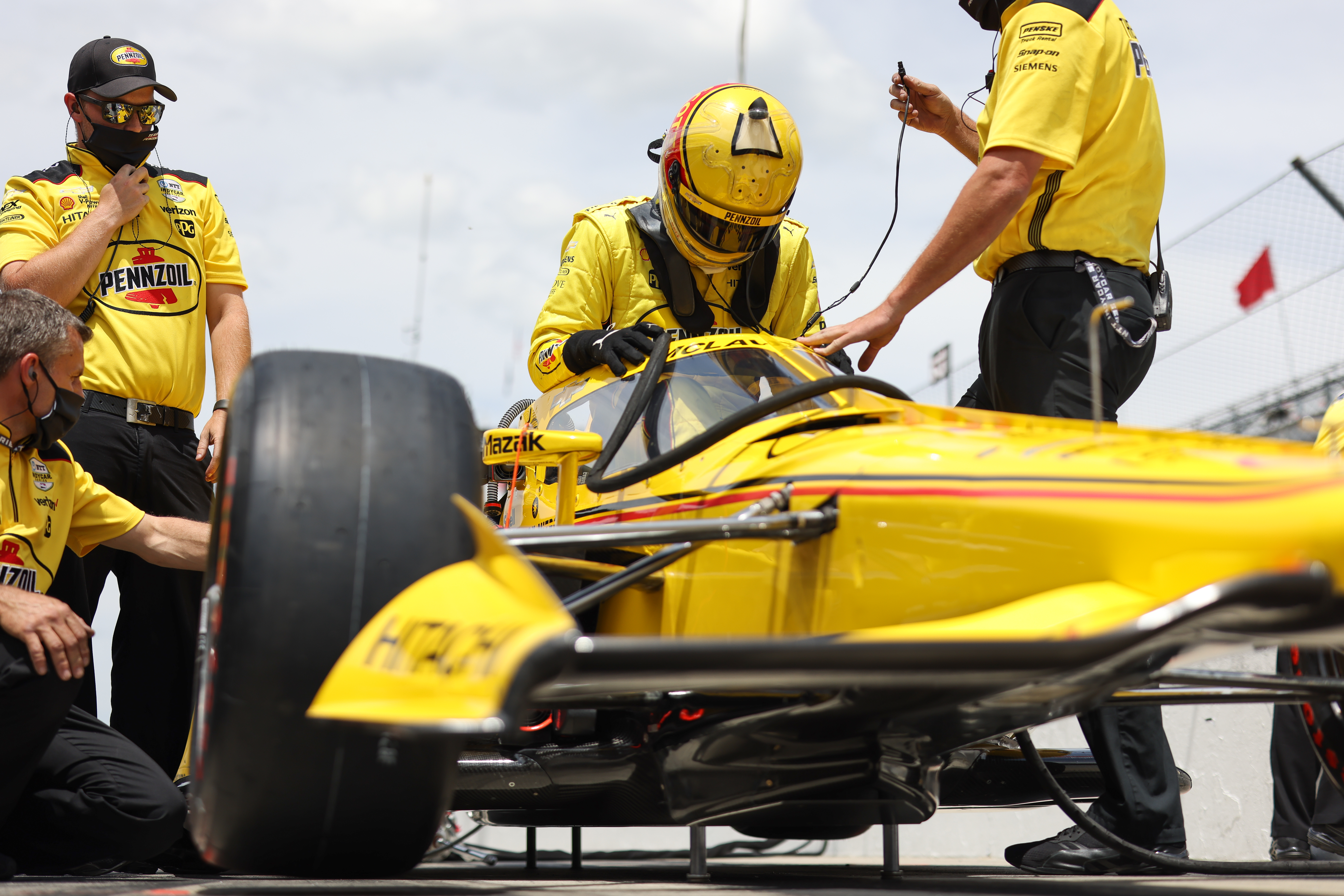 “You certainly expect it from yourself,” he added.

“I put a lot of pressure on myself to perform at a very high level. That’s probably why I’m so pissed off right now.

“It’s one of those things where you come here, you feel the energy in the place, and it certainly gives you goosebumps. You want to perform on the big stage.

“I felt like up until that pit stop we were really solid. I was saving good fuel, the car was good. I was learning a ton.

“I made some pretty cool passes which I really enjoyed. Yeah, had a really good start, which was cool. I think I made it four-wide, which was pretty interesting for a little bit.

“At the end of the day it’s a learning experience. I’ll take away these learnings and I’ll tell you what, I’ll always check my brake pedal coming into pit lane.”

The final stanza of the race saw McLaughlin hanging off the tail of the leading trio – led by Alex Palou, Helio Castroneves, and Pato O’Ward – before eventually making his last pit stop of the day.

Asked whether he thought he had the pace to win if not for the pit stop drama, McLaughlin replied, “No, no, no. I think we were semi in the front pack.

“I knew where [Alex] Palou was and Helio [Castroneves]. They were just a couple cars ahead of me.

“I just know these races. Bathurst is exactly the same. You have to put yourself in that position. We certainly were with the fast guys.

“That’s probably what I most gutted about because I felt like I positioned myself pretty well. It’s a mistake I don’t normally make, yeah.

“I think you have just got to look at my pace towards the end of that run. I was right there with those guys. I know if we were in contention, I still think we could have been okay.

“I don’t think we quite had the pace to be where Helio and Palou were. I think a good solid top five probably was begging. But like I said, I’ll learn from that.

“I’ll turn the negative into a positive at one point. A long time in this sport hopefully.”

McLaughlin’s next outing will be on the streets of Detroit on June 12-13.