Rahal rues missed opportunity: ‘We had them’

Rahal rues missed opportunity: ‘We had them’ Rahal Letterman Lanigan Racing driver Graham Rahal has been left to rue a loose tyre costing him the opportunity to contend for a shock Indianapolis 500 victory.

Starting 18th, the second-generation racer had fought his way into a strong position by the halfway point of this morning’s race due to excellent fuel mileage and strategy.

As Rahal pitted from the lead on Lap 118, commentator Paul Tracy talked up his stocks: “Right now guys, the way I see it, Rahal could put himself as one of the favourites to win”.

However, that promise soon turned to heartbreak as the #15 Honda crashed moments after exiting the pits.

Replays showed that was not due to driver error but rather the fact his new left-rear tyre hadn’t been tightened adequately – that tyre going on to hit the Ed Carpenter Chevrolet of Conor Daly at high speed.

Rahal was out on the spot and left to consider ‘what if’.

“It’s famous last words but we had them,” said the 32-year-old, as Helio Castroneves would go on to win. 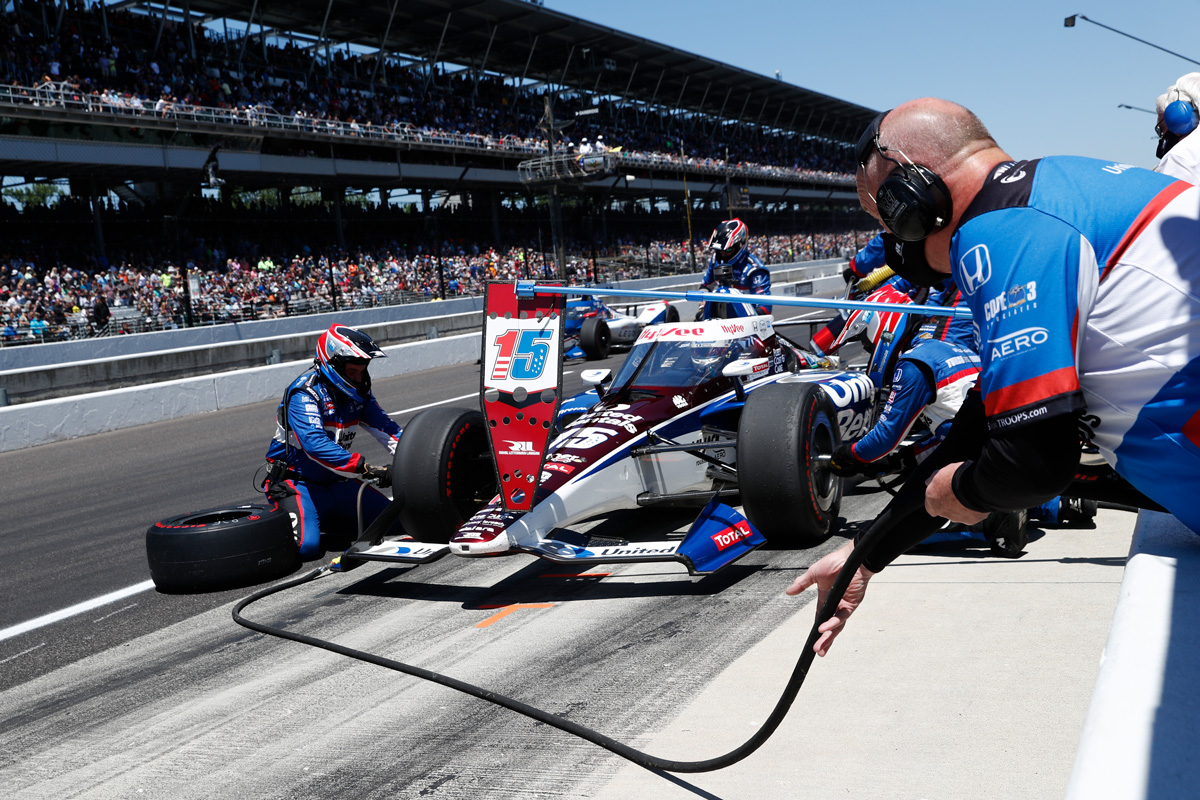 Rahal in the pits

“We had them. The fuel saving that we were doing, the car, we were in the perfect spot. We were just cruising.

“I keep using the words ‘going to’ – that’s not the right words but our strategist played it right, I felt like I was doing a good job in the car and we got ourselves to where we needed to be.

“We had them today. This one is hard to accept.

“But I’m proud of the United Rentals guys, we worked hard. Thanks to all of our partners for getting us here.

“I’m sorry we didn’t win this thing because we should have.”