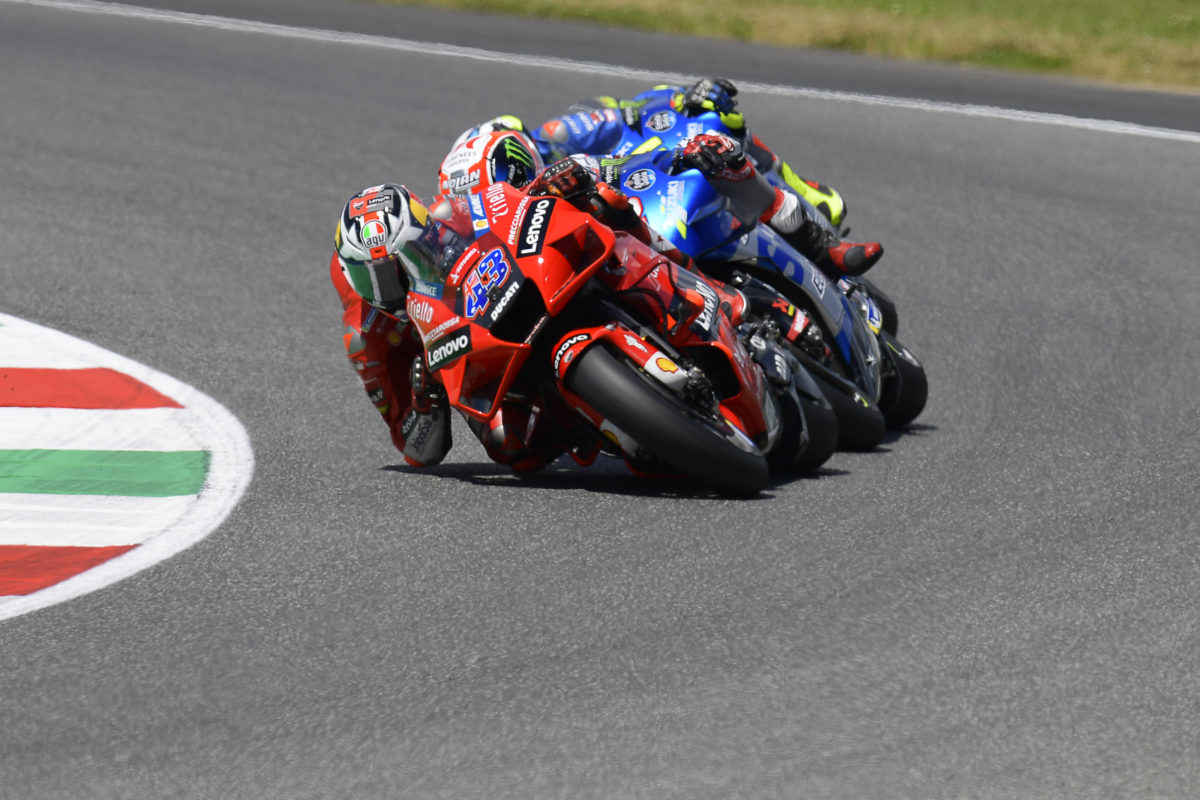 Jack Miller believes that racing at Mugello after the death of Jason Dupasquier was the right thing to do as that is what the 19-year-old would have wanted.

Dupasquier’s passing was confirmed between the Moto3 and Moto2 encounters, before a minute’s silence was held on the grid just prior to the start of the MotoGP contest.

Francesco Bagnaia declared that proceeding with racing was “not correct”, while Danilo Petrucci said that he felt “dirty” for doing so.

On the other hand, Miller, Bagnaia’s team-mate at the works Ducati squad, was among those who thought that it should have gone ahead.

“As you can imagine, what we’ve had has been a f**king tragedy,” said the Queenslander.

“It’s a great shame. One thing you can say is he passed doing the one thing he loved. We love this sport and would do anything for this sport.

“My most heartfelt condolences go out to the family; for a mother and father to have to go through this is terrible.”

Nevertheless, Miller argues that to hold the race was appropriate.

“For me, I felt like racing,” said the three-time grand prix winner.

“We have tragedies. We all know motorcycle racing is dangerous. You try not to believe it, or think about what can happen.

“I see a lot of similarities with myself and Jason. Last year, he was a little bit out of his depth. He really started digging and working and this year we started seeing some great speed from him. But he was taken away from us far too early.

“Carlos [Ezpeleta, MotoGP owner Dorna Sports’ managing director] came to me and asked when we’d like to do the minute of silence. I said as soon as possible.

“It meant a lot. For the fans, for the team. It was emotional. I had some tears in my eyes sitting there, looking at his bike.

“[But] I think there’s nobody with a gun to your head. If you want to race, you can race.

“I think the fact they put the show on for us, and let us do the one thing we love, it’s massive from them.”

Miller finished a low-key sixth in the Italian Grand Prix and remains fourth in the standings, now 31 points behind Mugello winner and championship leader Fabio Quartararo.

Round 7 is the Catalan Grand Prix, at the Circuit de Barcelona-Catalunya next weekend (June 4-6).