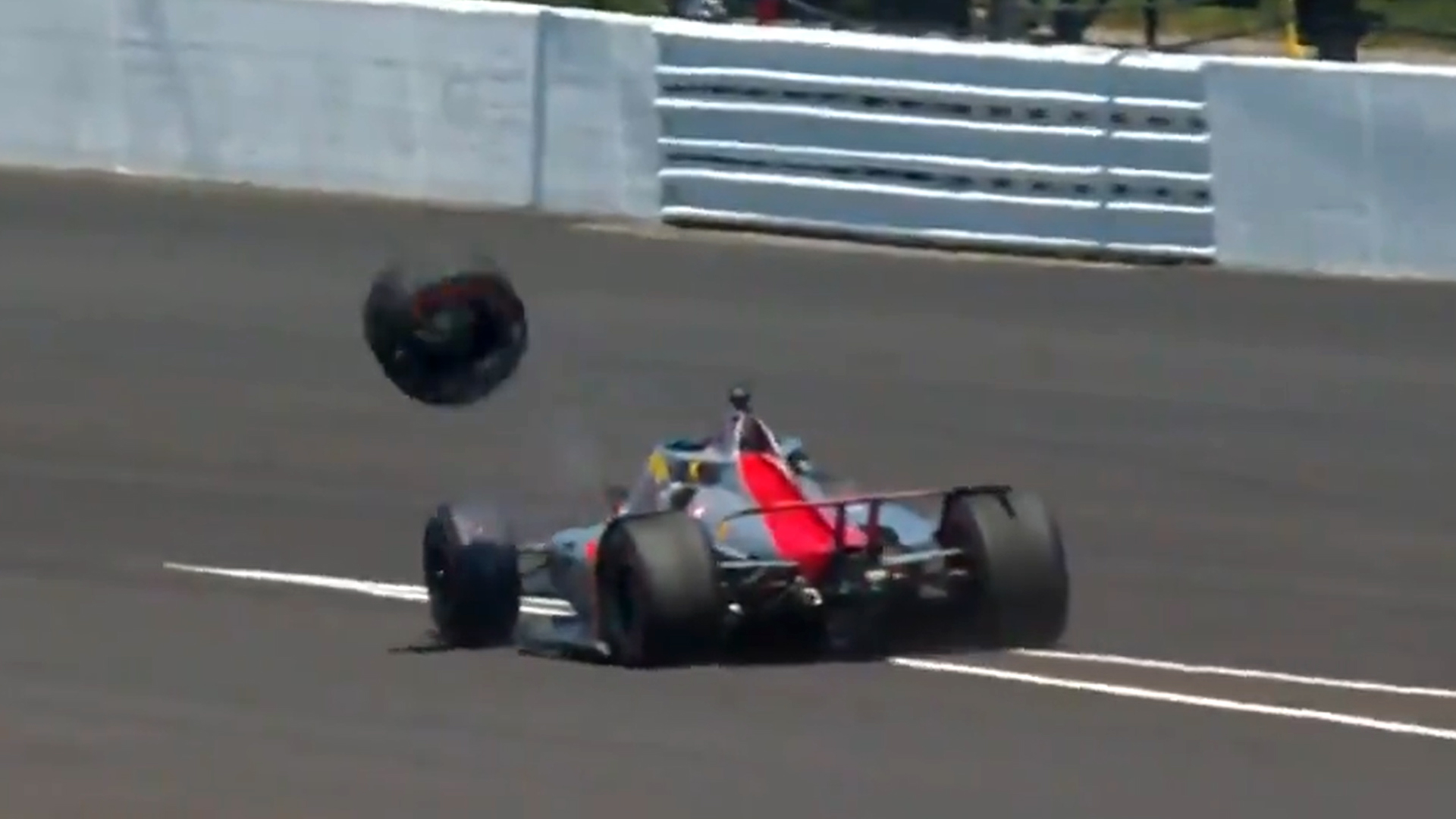 Conor Daly has described a scary collision with an errant wheel in the 105th Indianapolis 500 as a “sad moment”.

Rahal was the victim of a bungled pit stop that had the Rahal Letterman Lanigan Racing driver leave the pit lane with his left rear wheel not secured.

The wheel duly parted company as he exited the pit lane, sending Rahal into a spin and hard into the Turn 2 wall.

As the wheel bounced away, Daly came through the corner and struck it with his nose cone at high speed.

Despite the contact, Daly was able to continue on without replacing his nose cone, though it was evident it had made an impact on the car’s handling as he soldiered on to finish 13th in a race won by Helio Castroneves.

“It was such a sad moment, I couldn’t believe it honestly,” Daly told NBC.

“The car was so fantastic today, the team nailed it on strategy and we got up front where we thought we could have run.

“Yeah, I mean, I did not see the tyre at all until it was like right in front of me because when you’re sitting in the car, you only have eyes straight forward.

“You’ve got the windscreen with the little visor strip on it to protect from the sun and keep the glare out, so I think it literally bounced into that little view and then right in front of me.

“I was like, ‘Oh my gosh, that was wild’. We were just hanging on, we were just peeling rear wing out of it from then on.

“We lost so much CoP (Centre of Pressure), so yeah, tough day but we had a lot to be proud of today for sure.”

Daly did what his father couldn’t do in his five Indianapolis 500 starts, leading at the Brickyard.

It was an emotional moment for the Indiana-born driver as the crowd roared when Daly took the lead of the race.

“I literally just watched the video that IndyCar and NBC put up of me taking the lead and I almost started crying over there,” said Daly.

“This event means a lot to me, so I’ll remember that for sure forever.”

Daly’s best result in the Indianapolis 500 remains the 10th he took for Andretti Autosport in 2019.