Castroneves all but confirmed for 2022 Indy 500 tilt

Castroneves all but confirmed for 2022 Indy 500 tilt 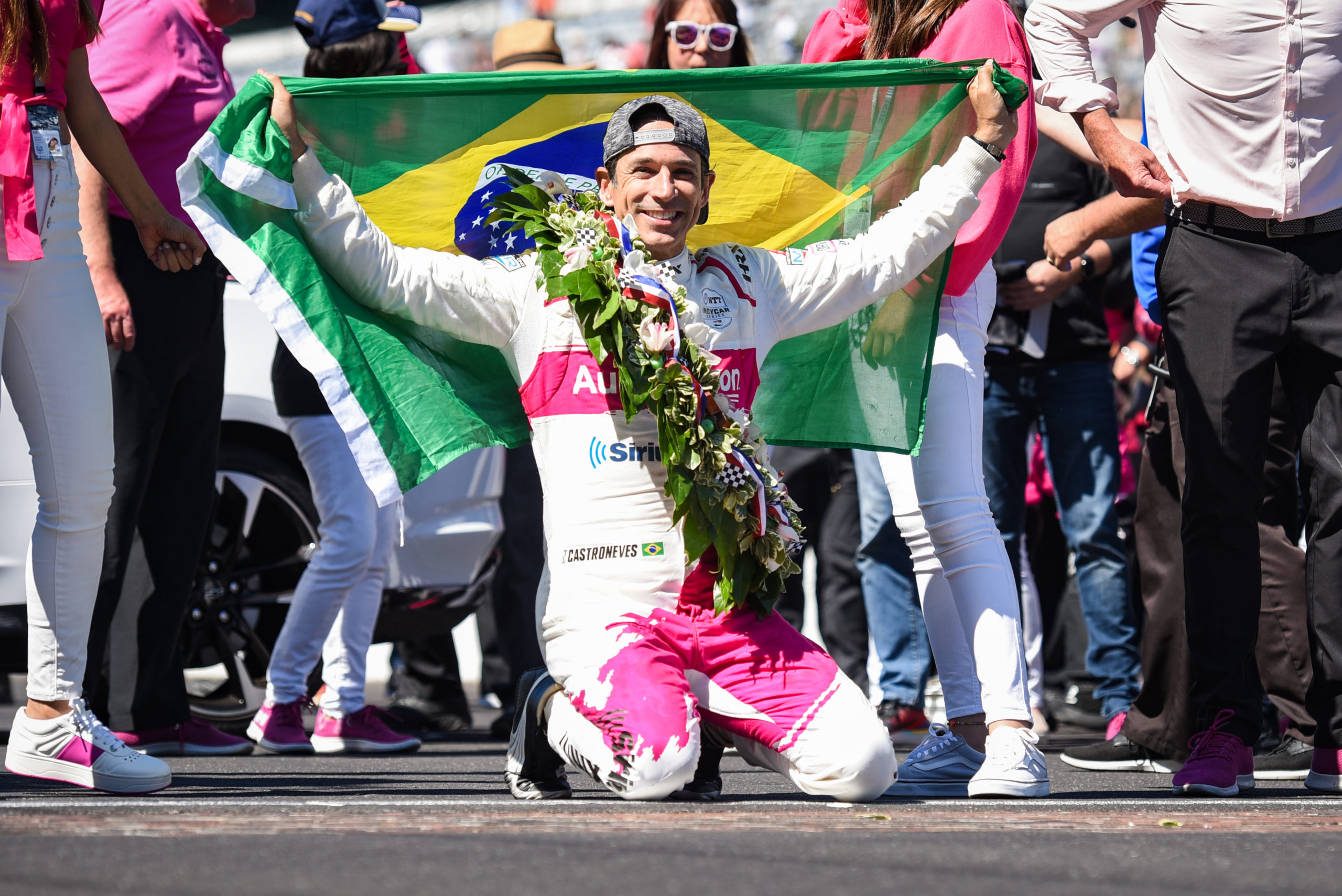 Castroneves claimed his fourth Indianapolis 500 win today, becoming the first non-American driver to do so, beating Alex Palou in a thrilling finish.

Castroneves, whose three previous wins at the Brickyard all came with Team Penske, signed a six-race deal to compete with Meyer Shank Racing in 2021.

This year’s race at the Brickyard was the first of those, netting the team its first Indianapolis 500 and IndyCar Series race win.

Despite being the oldest driver on the grid at 46 years old, Shank believes Castroneves has still got a lot left to give, signalling plans for another attempt in 2022.

“I’ve got to tell you something, when Jim Meyer looked at it [and said], ‘Who are we going to put in this car? Are we going to do a young guy? An old guy?’ We were looking at the numbers and were like, ‘We don’t think Helio is done’,” Shank told NBCSN.

“I’ve known him for a while. He’s driven for my IMSA team before. We got support from SiriusXM and Auto Nation and Liberty Media and kind of made the financial package work.

“We’re going to do six races as of right now, but Helio deserves to go for a fifth in my opinion. We hope we get to do that… I know, actually, we will do that. We will do that. Maybe even more. Who knows?”

Castroneves likened his fourth Indianapolis 500 win to that of two elder statesmen of the NFL and golf.

No driver has ever won the Indianapolis 500 five times.

“Let me tell you, it’s not the end of it, it’s the beginning,” said Castroneves.

“I tell you what. Look, I don’t know if this is a good comparison or not, but Tom Brady won the Super Bowl, Phil Mickelson won the Masters. Now here we go.

“The older guys have still got it. Still kicking the young guys’ butt. We teach them a lesson. I tell you what, this is absolutely incredible. I can’t thank everyone enough.”

Castroneves lofted praise upon the Meyer Shank Racing team for the achievement in only its fifth Indianapolis 500 start.

“I have so many guys here that, you know, [this is their] first time, absolutely first time but no one ever gave up. No one had a doubt. They gave me an incredible car.