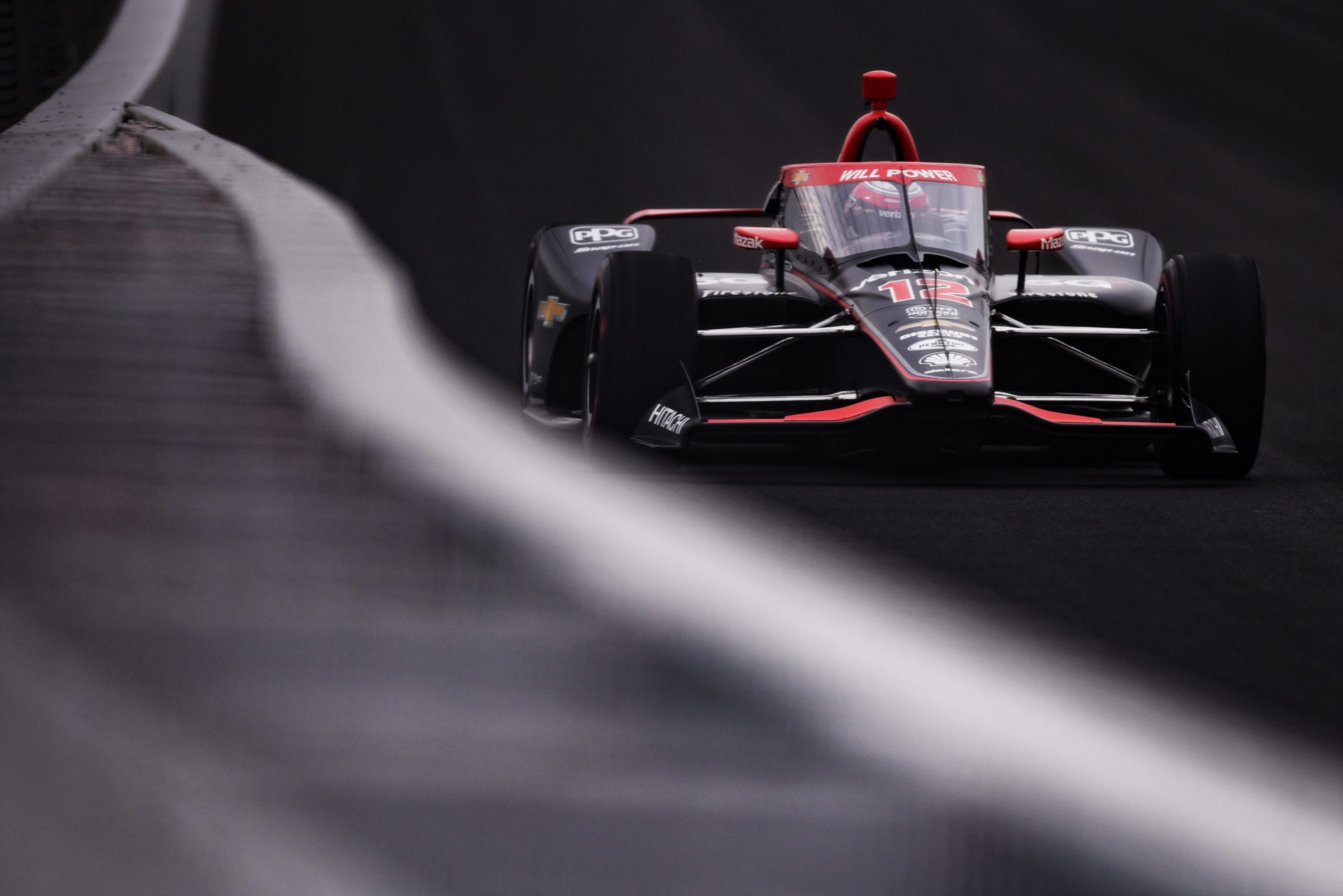 Will Power finished 30th and three laps down

Will Power says he was on course for a top five finish in today’s 105th Indianapolis 500 until a braking drama took him out of contention.

Piloting the #12 Team Penske entry, Power made headway early on in the 200-lap race, climbing his way from 32nd to the fringe of the top 10.

However, his race came undone less than 50 laps shy of the finish when he spun entering the pit lane.

Power managed to keep his car off the inside wall, parking in his team-mate Simon Pagenaud’s pit bay, though the time lost in getting his car righted ultimately took him out of contention.

Explaining the incident after the race, Power said he had no brakes on approach to the pit lane.

“I feel like we could have finished in the top five, we were just getting ourselves in that position on the last stop and then the brakes went to the floor unfortunately,” said Power.

“I obviously spun trying to stop it and then the next time it just went straight to the floor.

“So, I mean, we had a good car, just unfortunately we’ll have to have a good look and see what was wrong with those brakes and see what happens.

“I have to say that all of the guys on the Verizon 5G Chevy team put in so much work this month, and it’s something I appreciate immensely.

Power was one of three Team Penske cars to suffer braking issues in the race.

Stable-mate Scott McLaughlin locked up midway through the 200-lapper, resulting in a pit lane drive-through penalty for speeding.

Andretti Autosport pilot Stefan Wilson was the first to suffer braking issues, spinning into the pit lane wall during the first round of pit stops.

“Came in for the first stop of the day and the brake pedal went straight to the floor. Pumped the pedal frantically, but unfortunately only got rear brake pressure and the car snapped around.

“Such a sad way to end an amazing couple of weeks.”

The IndyCar Series returns across June 12-13 for the Detroit Grand Prix at the Belle Isle Street Circuit.