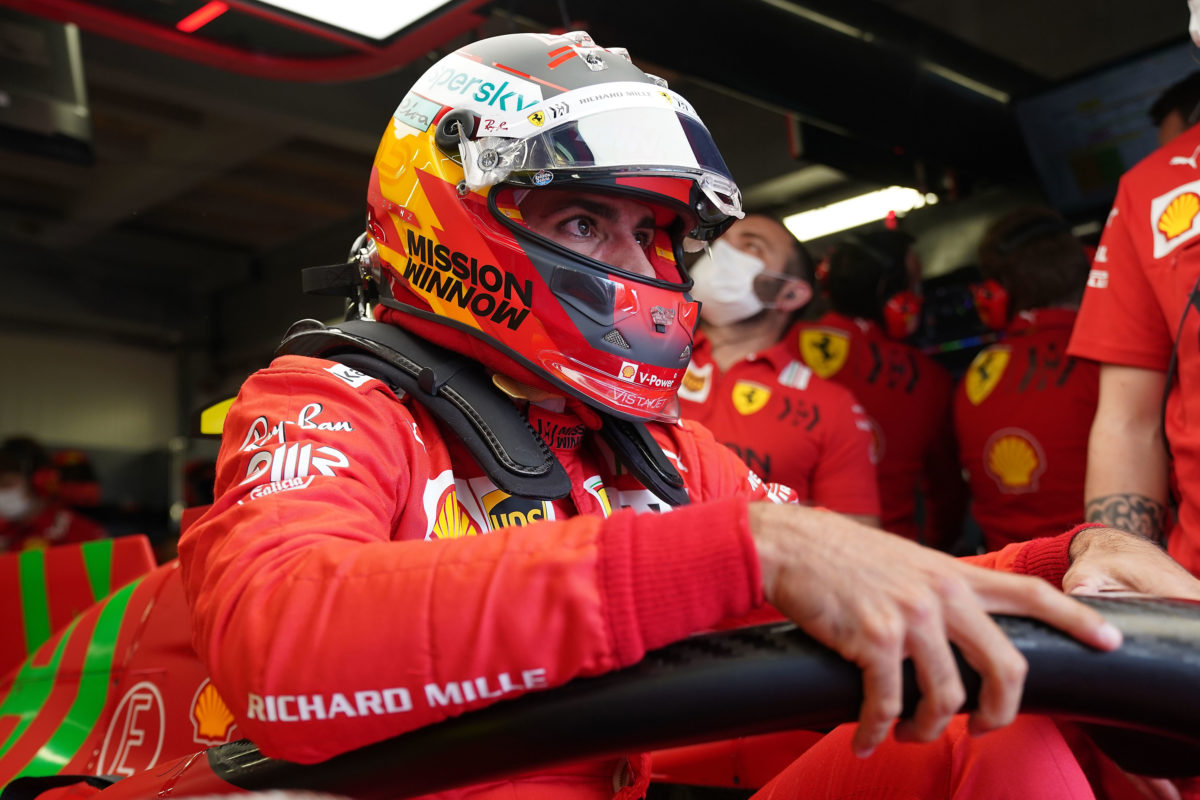 The decision to forge a career in motorsport was not a result of family pressure, suggests Carlos Sainz.

The Spaniard is the son of the two-time World Rally Championship winner by the same name, but suggests there was no pressure to follow in his father’s footsteps.

“I think, in my case, [it] is 90 percent my own choice, 10 percent maybe influenced by the family,” the younger Sainz said of his chosen vocation.

“I’m pretty sure if I wouldn’t have [been] born with the genes, the talent and my dad and my family, being surrounded by racing cars, by four-wheeled cars and, by that atmosphere, it would have been a lot more difficult for me to fall in love with.”

Sainz made his Formula 1 debut with Toro Rosso in 2015, spending almost three seasons with the Italian squad before switching to Renault at the end of 2017.

He was then on the move again to McLaren for 2019, scoring his maiden podium at that year’s Brazilian Grand Prix.

For this season he has joined Ferrari where he has proven a match for the highly-rated Charles Leclerc, and snagged a podium result last time out in Monaco.

The 26-year-old revealed that, while his father’s career was spent largely in rallying, he only ever had eyes for F1.

“Even if I was very close to my dad, and I didn’t understand a lot about rally because you couldn’t follow it too much on TV,” he explained.

“He was going away for two/three weeks, and I couldn’t follow what he was doing.

“While in Formula 1, since I was nine to 10 years old, I could follow it in TV, there was a Formula 1 game.

“I could spend a lot more time following Formula 1.

“In the end, go-karting was also closer to Formula 1 than to rally because it’s a single-seater with an engine and a circuit and we race each other.

“So my career was always going to go towards Formula 1, I think.”

He maintains, however, that there was never any pressure to get behind the wheel.

“My dad never, ever forced me into motorsport – he was actually happier I played football at school, and tennis and padel and all the other sports and he never commented on going, professional racing, carding.

“It was me who pushed him to help me in pursuing that career.

“It’s a lot of personal choice, and I encourage parents of future generations to make sure they don’t force their kids into something.

“I think it needs to be the kid, the one who drives the force, and then the will to pursue their own will and their own career.”

Sainz currently sits seventh in the drivers’ championship with 38 points, just down on team-mate Leclerc who lies sixth after the opening five rounds.

Formula 1 heads to the Baku Street Circuit for the Azerbaijan Grand Prix this weekend, track action beginning at 18:30 AEST on Friday.