Miller ‘had more’ in MotoGP qualifying at Mugello

Miller ‘had more’ in MotoGP qualifying at Mugello 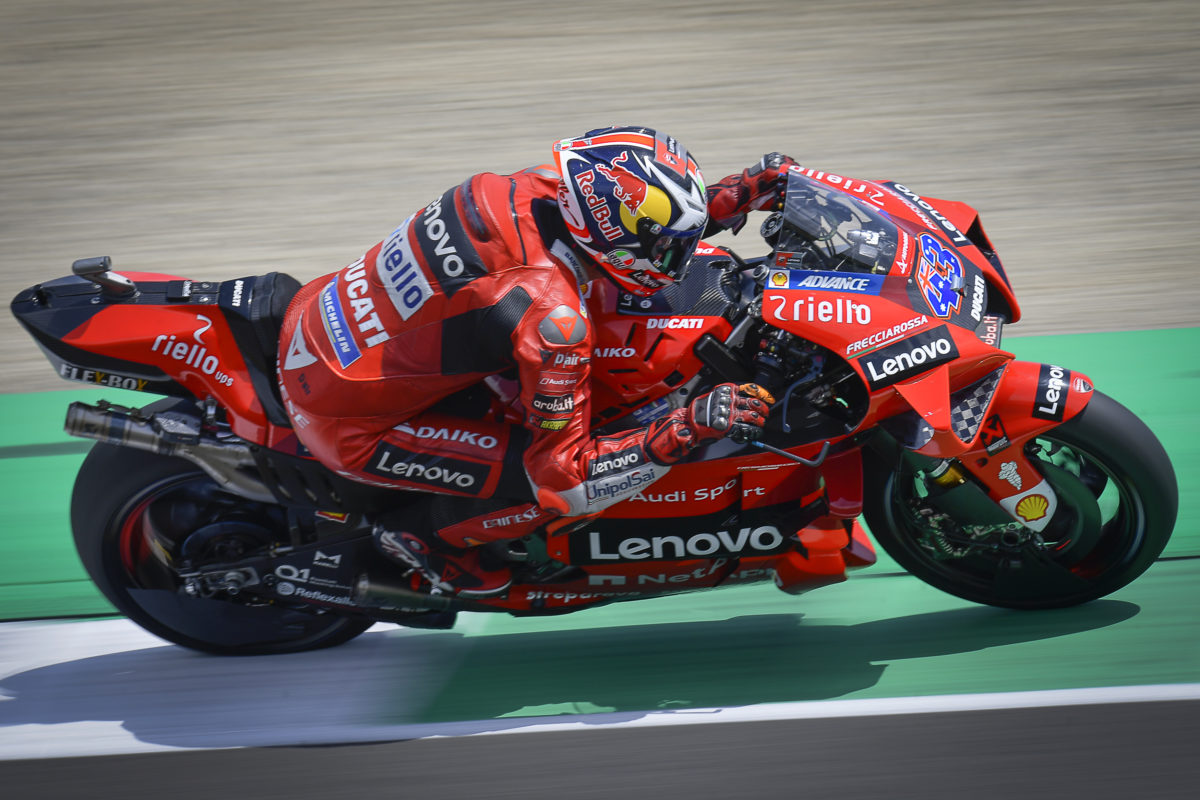 Jack Miller says he “had a little bit more” after qualifying fifth for the Italian MotoGP.

Miller was a chance of unseating eventual pole-sitter Fabio Quartararo with his final lap in Qualifying 2 at Mugello, but an error in the third sector cost him around half a second relative to the Frenchman’s flyer.

The Australian still moved up to fourth with a 1:45.598s but lasted barely a moment in that position given fellow Ducati rider Johann Zarco was following him up the main straight to clock a 1:45.432s and take up third.

“I’m satisfied because fifth is fantastic to start tomorrow’s race but I felt I had a little bit more, and I did,” said Miller.

“I just made a mistake on my last lap, had a bit of a moment in Corner 12, a bit of a highside moment on the exit, and lost quite a bit of time, just being too eager on the gas.

“You know, it was a qualifying lap, it’s the last chance, so you’re really pushing, taking the maximum.”

The winner of the last two grands prix is, however, upbeat about the race pace which he has achieved this far from his Desmosedici.

“I think we’ve done the best work we can do this weekend,” he added.

“I’ve done a lot of laps, I can tell you that, because my back is killing me, my shoulders are sore…

“It’s not easy riding around Mugello with these fast changes of direction all the time, but I feel like I’ve done the correct work to arrive in the race as ready as possible.

“I know we have a good pace. Even in the laps [when] I don’t feel too great or I make a mistake, I’m still able to do really good lap times in terms of race pace.

“So, I feel quietly confident going into the race tomorrow but we will see.”

Quartararo set a new all time lap record, a 1:45.187s, to put his Monster Energy Yamaha on pole while Miller’s team-mate at the Ducati Lenovo Team, Francesco Bagnaia, ended up second on a 1:45.417s.

The latter’s goal, for the time being, is to ensure that Quartararo cannot pull away at the start of the 23-lap race. 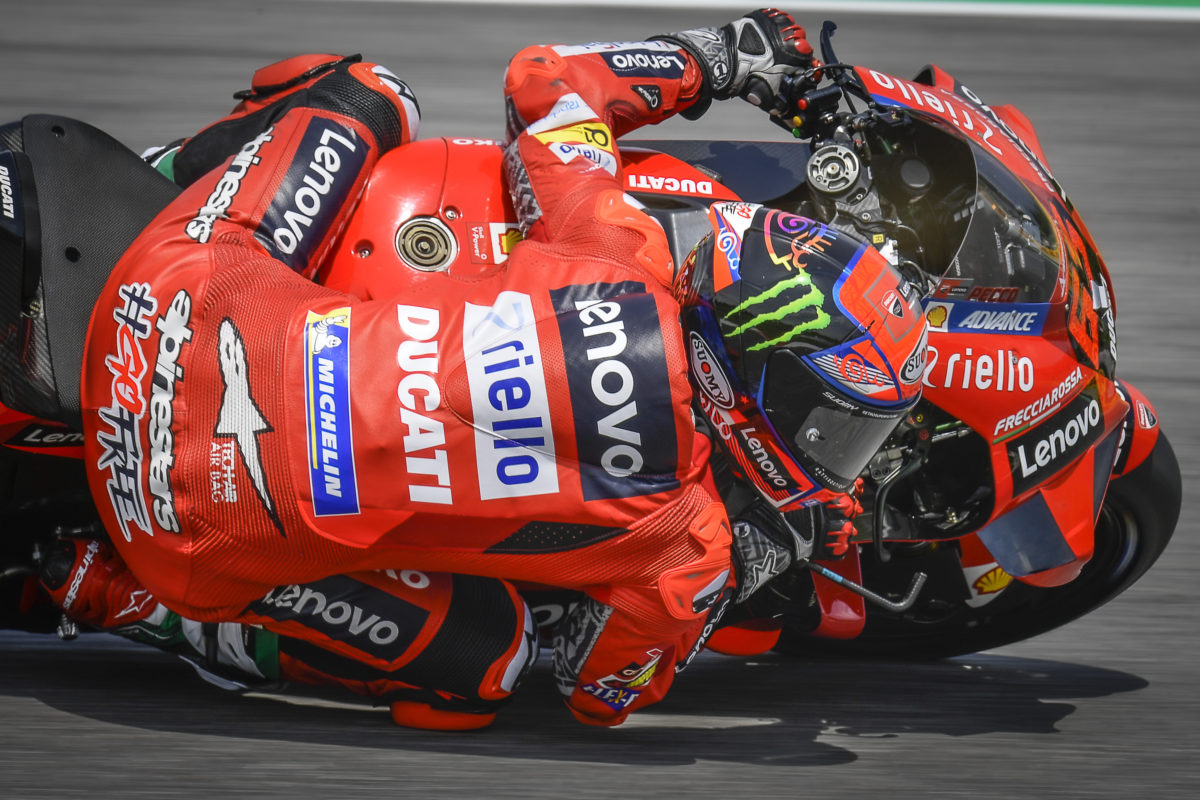 “To finish in the front row is the best result possible so I’m happy,” said Bagnaia.

“Fabio did an amazing job today, because 1:45.1s is something that’s very, very difficult, just when thinking about it.

“I think that our bike in this track is really balanced. In the first sector and last sector we are very strong. On the Sector 2 we are very close, and in the Sector 3 they (Yamaha) are faster than us.

“So, it’s really balanced and tomorrow I think that the race can be very nice to see. It can be a great battle.

“I really just want to stop him [Quartararo] on the first lap, because for sure he will like to open a gap and then just see what will happen.”