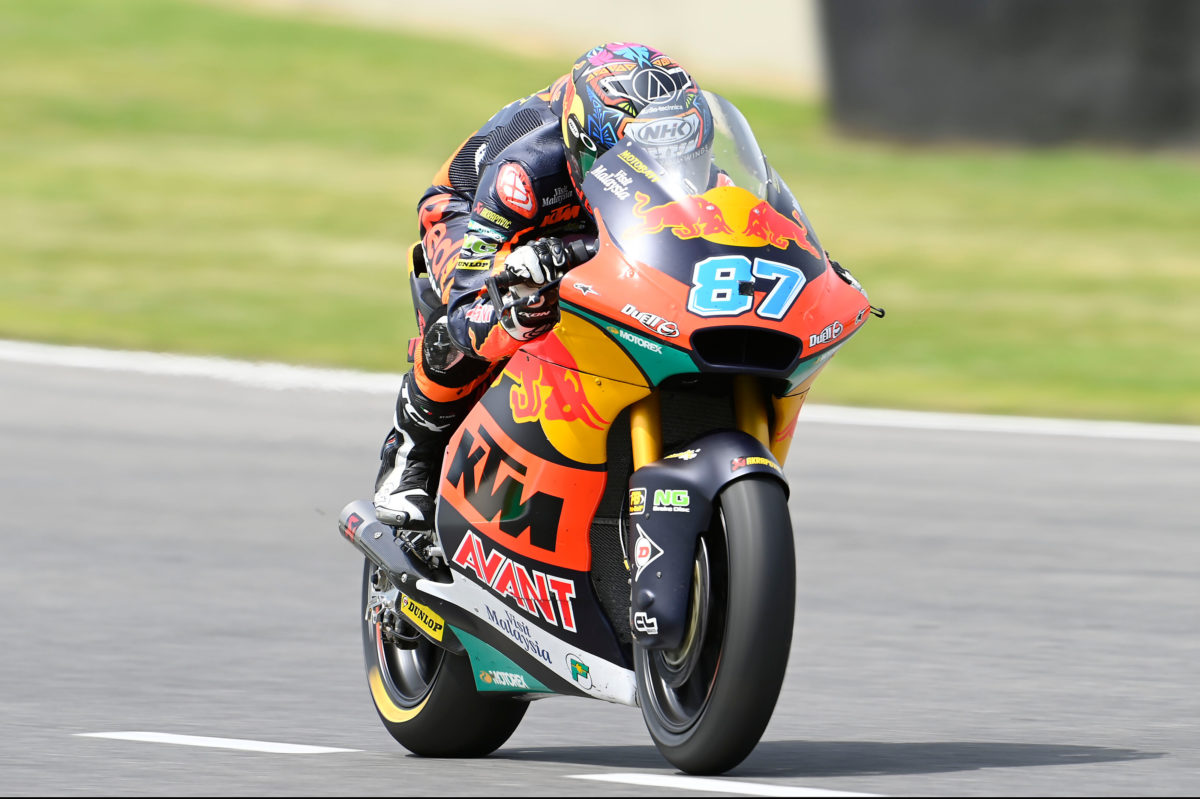 The second-generation rider ended up fourth on the grid while rookie team-mate Raul Fernandez claimed pole position with a new intermediate class lap record at Mugello.

Light rain at the start of Qualifying 2 created a challenge for the 18 riders who had made it that far, with Gardner an early pace-setter on a 1:51.306s.

Lowes knocked that off with a 1:51.088s before Fernandez went more than three tenths faster.

Lowes subsequently got down to a 1:50.990s but could not get any closer, with the lap speed across the field starting to diminish.

Navarro, however, managed a 1:51.097s on his final tour which bumped Gardner off the front row.

The Australian, who leads Fernandez by a point at the top of the championship, was nevertheless happy with his output.

“It was a positive day for me,” said Gardner.

“I’m satisfied with the pace that we showed in qualifying. This morning we had a good FP3 as well.

“In the afternoon, the rain at the beginning of Q2 made it a difficult session with the various incidents and yellow flags. Nevertheless, I am happy to have taken a spot on the first two rows of the grid.

“We are ready for the race and, as always, we will do our best to get a great result.”