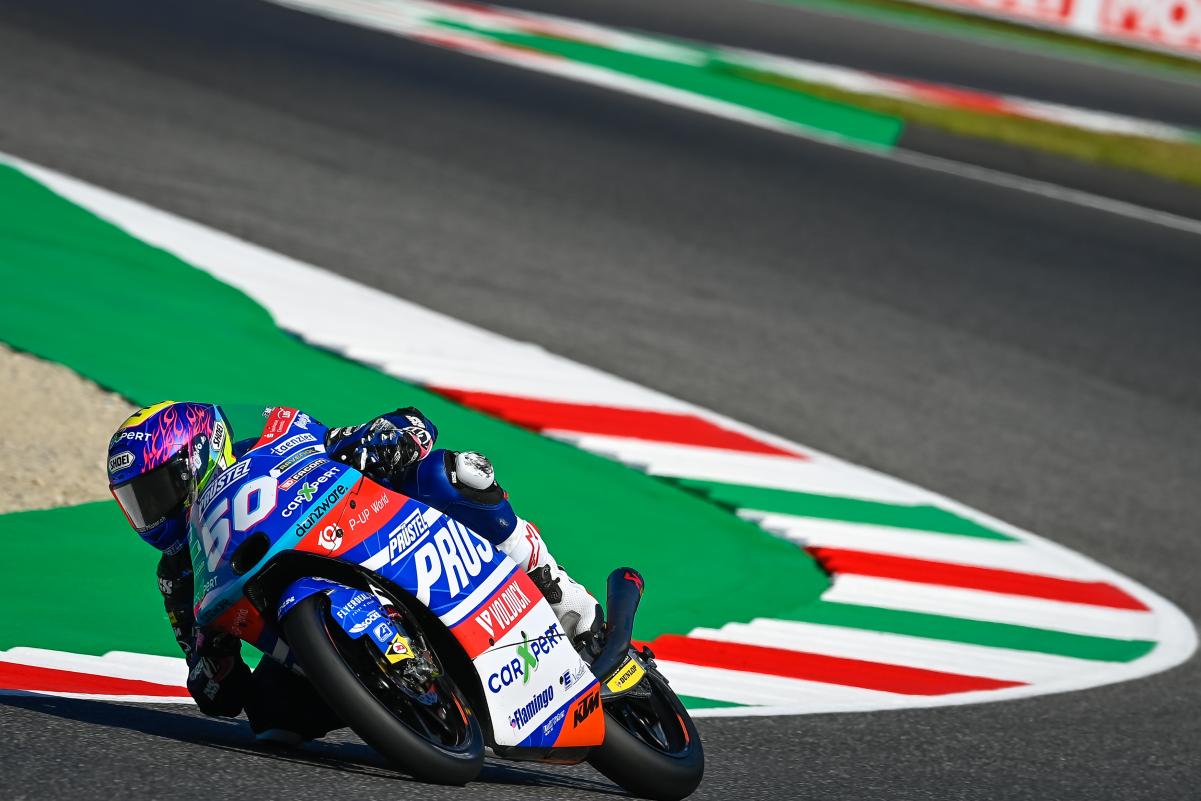 Jason Dupasquier is in a “very serious condition” after a multi-rider crash in Moto3 qualifying at Mugello, according to MotoGP’s FIM medical officer.

The 19-year-old Swiss rider went down at the end of Qualifying 2 for the lightweight class, at which time his errant PruestelGP KTM was hit by Ayumi Sasaki.

While the latter went over the front of his own bike and hit the tarmac with a thud, he was able to walk away from the scene.

Jeremy Alcoba, who was also involved in the incident which unfolded at the exit of Arrabbiata 2, was later officially advised as being ‘OK’, as was Sasaki.

Dupasquier, however, continued to lay on the track surface, where he was attended to by a medical crew until eventually being airlifted to Careggi Hospital in Florence.

“The FIM medical intervention team in the vehicles arrived immediately on the site of the accident and after that he was transferred in a haemodynamically stable way [relating to flow of blood through organs, tissue] to the Careggi hospital in Florence and we will wait for updates from the hospital.

“For the moment, we know that he’s in a very serious condition and we are waiting for further updates by the hospital.”

Sasaki said that he is sore but has seemingly escaped fractures.

“[Dupasquier] crashed in front of me, his bike came to the track and I couldn’t avoid it,” recalled the Tech3 rider.

“I hit his bike and had a very big crash. Fortunately, I’m OK. I have some pain everywhere and mainly in my foot, but it’s not broken.”

Alcoba’s involvement in the incident was initially unclear, but the Spaniard would later explain that he crashed after clamping on the brakes in response to what was in front of him.

“When such things happen it’s hard to speak about anything else,” said the Gresini Racing rider.

“All I can say is that Jason can recover as quick as possible.

“I was pushing hard because I didn’t get the chequered flag and I thought I could improve, but at the Arrabbiata corner we saw the red flag.

“[Gabriel] Rodrigo, who was ahead of me, hit the brakes and I moved to the right to a blind spot and before I knew it, I was on the ground.

“I didn’t even have the time to realise how and why I crashed.”

Rodrigo, Alcoba’s team-mate, added, “Our thoughts obviously are all for Dupasquier, as we hope he can recover as quick as possible.”