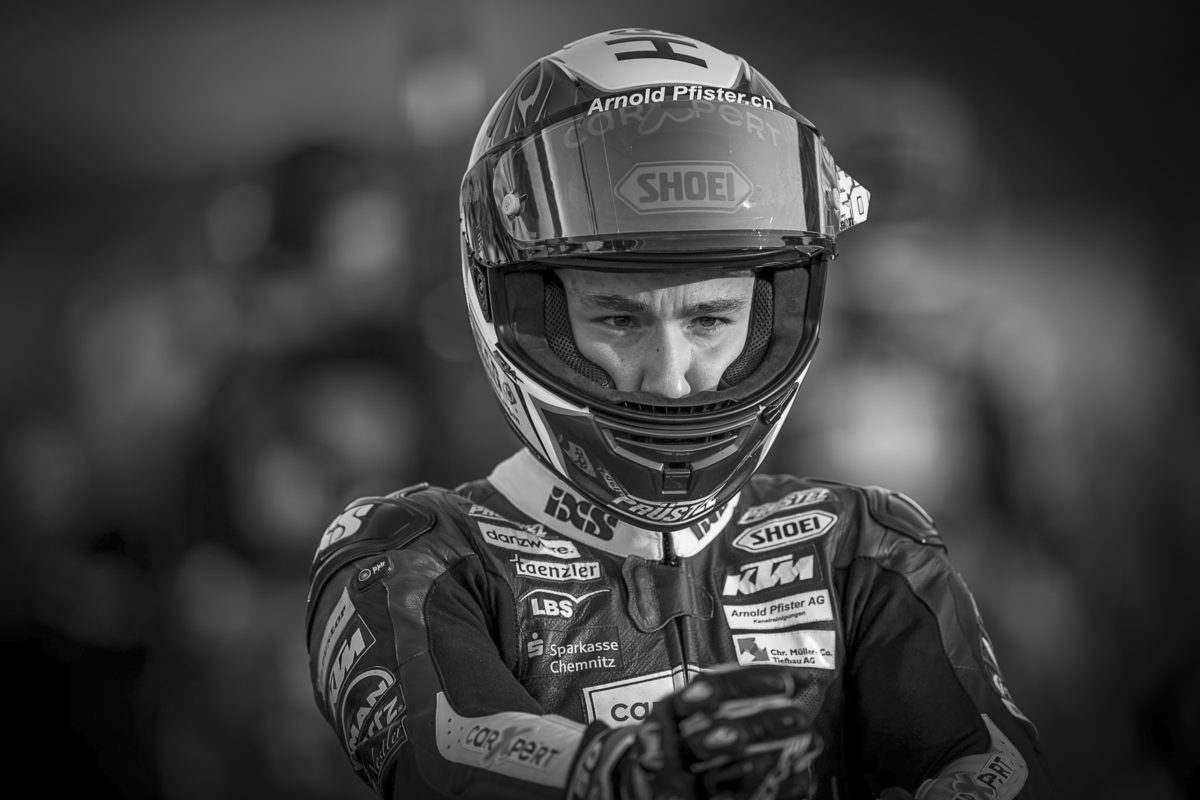 MotoGP has announced that Jason Dupasquier has died as a result of the injuries he suffered in a crash in Moto3 qualifying at Mugello.

The 19-year-old went down at the end of Qualifying 2 for the lightweight class, just in front of Ayumi Sasaki.

The latter was able to walk away from the scene despite going over his handlebars after hitting Dupasquier’s bike, but Dupasquier himself lay on the track surface where he was attended to by medical crews.

He was airlifted to hospital in Florence, and it has now been confirmed that the Swiss rider has passed, although details of the injuries have not been disclosed.

Both Sasaki and Jeremy Alcoba, the latter of whom crashed when he hit the brakes in response to the incident in front, were officially advised as being ‘OK’

Dupasquier’s PruestelGP team had already pulled its other bike out of tonight’s Moto3 race after the accident, while Thomas Luthi had stepped back from his Moto2 ride for the afternoon to be with the family at the hospital.

Speedcafe.com extends its condolences to Dupasquier’s loved ones.

See below for full statement from MotoGP

Following a serious incident in the Moto3™ Qualifying 2 session at the Gran Premio d’Italia Oakley, it is with great sadness that we report the passing of Moto3™ rider Jason Dupasquier.

Dupasquier was involved in a multi-rider incident between Turns 9 and 10, with the session Red Flagged thereafter. FIM Medical Intervention Vehicles arrived at the site immediately and the Swiss rider was attended to on track before being transferred by medical helicopter, in a stable state, to Careggi Hospital in Florence.

Despite the best efforts of circuit medical staff and all those subsequently attending to the Swiss rider, the hospital has announced that Dupasquier has sadly succumbed to his injuries.

Dupasquier had made an impressive start to his second season in the lightweight class of Grand Prix racing, consistently scoring points and within the top ten in the standings.

The FIM, IRTA, MSMA and Dorna Sports pass on our deepest condolences to Dupasquier’s family, friends, team and loved ones.