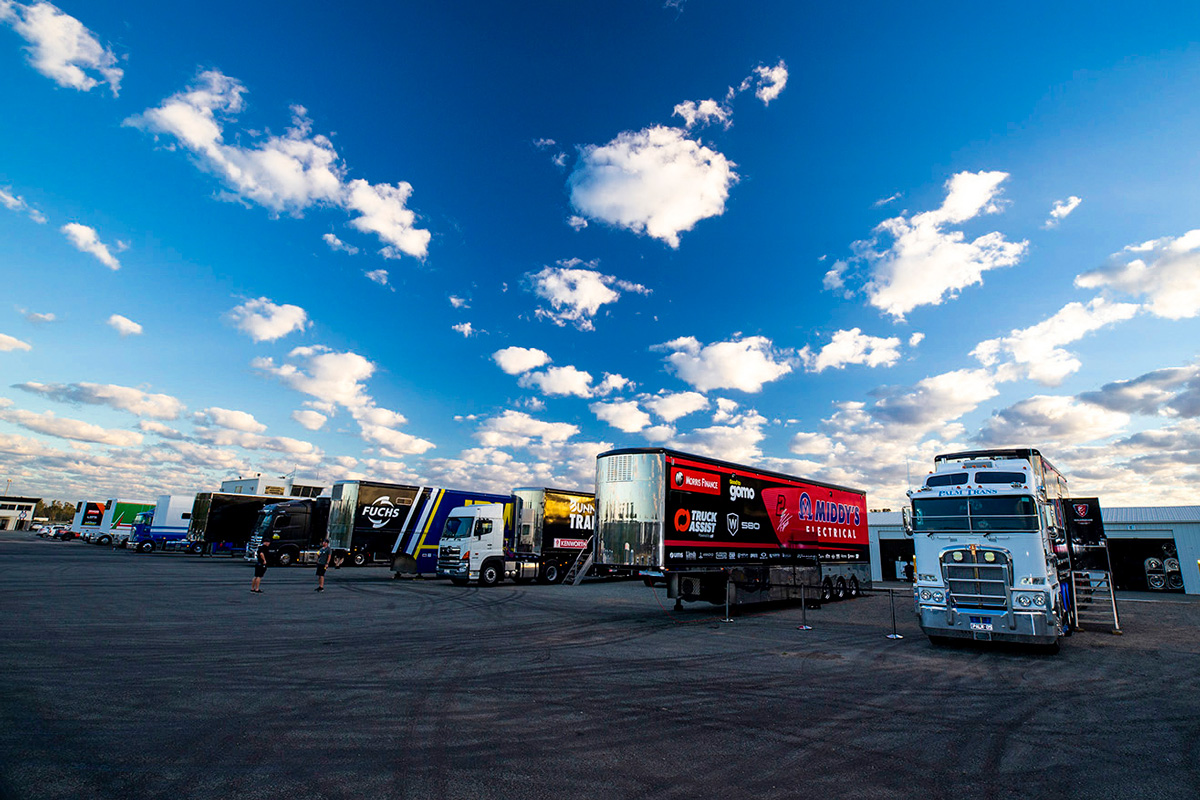 The transporters of Supercars’ southern teams

Supercars has requested its Victorian teams prepare to cross the border as the category moves to protect the upcoming Merlin Darwin Triple Crown event.

Supercars had appeared reluctant to force teams into a border dash situation as was seen in 2020 when Victoria announced a statewide lockdown on Thursday.

This alternative measure at least will give teams until Wednesday (June 2) to enter New South Wales, where stay-at-home orders will be in effect.

“In response to the unfolding COVID-19 situation in Victoria, Supercars has informed teams to prepare to leave for NSW to enable entry into the Northern Territory,” a Supercars statement confirmed.

“…Team personnel would need to be in NSW from next Wednesday (June 2) at midnight in order for 14 days to elapse before entry into the Northern Territory. Personnel who want to bring partners will be able to.

“Supercars has informed teams to prepare for the earliest requirement, even if the Victorian situation may continue to improve before and after Wednesday.”

Having had to postpone the Winton SuperSprint, which was set to take place this weekend, Supercars made clear it would do everything in its power to prevent the same thing happening to the June 18-20 round at Hidden Valley Raceway.

With the Northern Territory introducing a fortnight of mandatory supervised quarantine for anyone entering from Greater Melbourne – and the Victorian lockdown spanning to 23:59 on June 3 at this stage – a delicate situation had emerged.

Some Victorian teams had considered a border dash on Thursday before deciding against it.

NSW’s stay-at-home orders means teams will effectively be able to self-quarantine as opposed to being locked up in a quarantine facility were they to travel straight to Darwin.

The NT Government, which provides crucial financial support to the Triple Crown event, has typically been one of the more conservative states/territories when it comes to handling COVID.

As opposed to how 2020 played out, when Victorian crews were on the road for more than 100 days, Supercars is hopeful the 2021 version will be much briefer.

“Considering the current trajectory in Victoria and recent history of circuit-breaker lockdowns, the plan will be short term,” the statement further read.

“Should things improve in Victoria, teams would be able to go back home and leave for Darwin as planned.”

Darwin will now host Round 5 of the 2021 Repco Supercars Championship.

From there, the category is slated to head to Townsville in July before the proposed new dates of July 31 to August 1 for Winton.