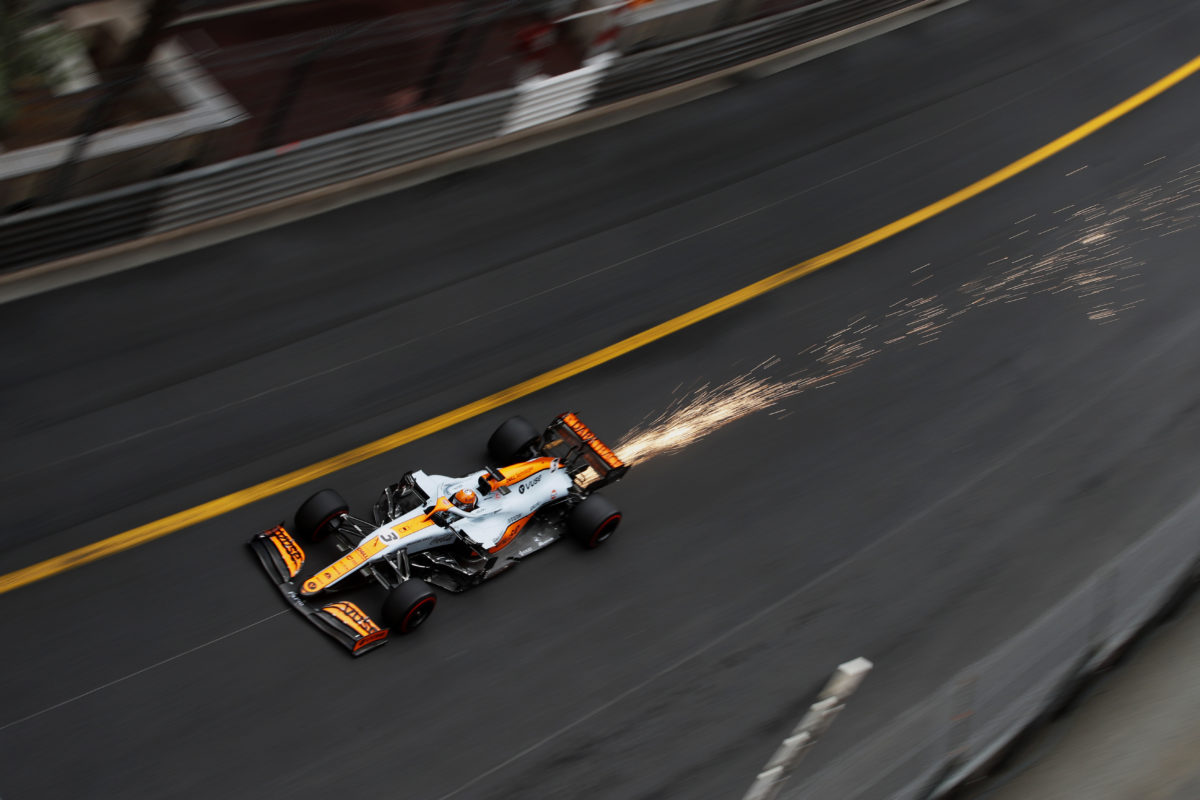 Carlos Sainz expects McLaren to be fast in Azerbaijan

Carlos Sainz has warned that McLaren looks likely to arrive at next weekend’s Formula 1 Azerbaijan Grand Prix with a “rocket ship”.

Ferrari and McLaren are locked in a tight battle over third in the constructors’ championship with just two points separating the squads.

Sainz finished second last time out in Monaco, one spot up from Lando Norris, to close the gap slightly.

It was the first time Ferrari had out-scored McLaren in 2021 as the Scuderia showed increased pace around the tight streets.

The Baku street circuit in Azerbaijan features a number of slow, twisty sections which will likely play to the strengths of the SF21, though Sainz suggests it’s long straight will see McLaren hold the net lap time advantage.

“We are not going to be the best ones on that long straight but at the same time if we can make the time back on the on the tight part then then we should be okay,” the Spaniard said.

“I think the one who now should be excited about Baku was my friend Lando Norris.

“He has a bit of a rocket on the straight and the car was definitely not bad last year in Monza, not bad around Monaco.”

“In Barcelona, we struggled a lot, and I think a bit of that is why we were thinking we’re not going to be competitive [in Monaco],” he said.

“But it changes. We’re still learning the car, even though it’s pretty similar to last year, there’s some changes and they’ve definitely affected the cars.

“So we’re better in places, we’re maybe slightly worse in places, but considering we were thinking we’re not going to be good [in Monaco], and we came out pretty good….

“I don’t think it’s good to set too many expectations.”

Heading into last weekend’s race, Ferrari had expected to take a step forward in terms of performance purely courtesy of the circuit layout.

The tight confines, however, saw it take a far bigger step than predicted.

“We expected to be good around Monaco, we didn’t expect to be fighting for pole and win, but we did expect to be closer to the to the front,” said Sainz.

“We managed to switch on the tyres in every compound, which always helps around Monaco; we nailed the set-up, which obviously brings also a few tenths.

“Confidence was high in the car, which also helps with a combination of things that come together and all of a sudden, in a special place like here, you can have a crack at it, and we were close.”

The Azerbaijan Grand Prix gets underway on Friday with Free Practice 1 at 18:30 AEST.