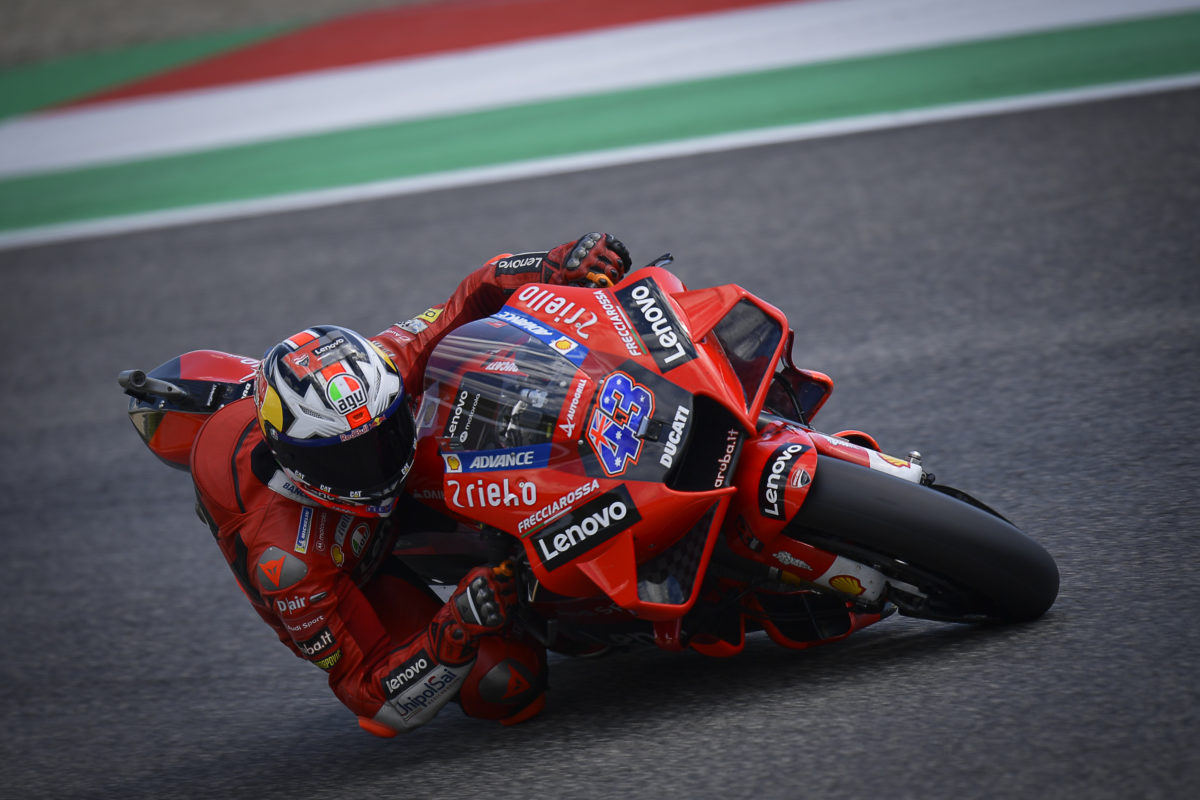 Jack Miller is “delighted” with his Friday at Mugello despite sitting just inside the Qualifying 2 cut-off for this weekend’s Italian Grand Prix.

Miller ended the opening day of Round 6 in 10th position on combined times with a 1:46.688s, 0.541s off the pace set by Ducati Lenovo team-mate Francesco Bagnaia.

As it stands, the Australian would earn direct passage to the second phase of qualifying, but fellow Ducati rider Johann Zarco (Pramac Racing) and Suzuki’s Joan Mir loom as obvious threats in 11th and 12th respectively.

Miller, however, is unconcerned at where he finds himself, and the prospect of having to piece together a lap in Free Practice 3 which ensures he does not have to go into Qualifying 1 later on Saturday.

The winner of the last two grands prix explained that he was exploring set-ups in the first two practice sessions and suggested he is yet to go for a “real time attack”.

Said Miller, “It’s really nice to finally be back on track at Mugello, a truly fantastic track.

“Today [Friday practice], we focused mainly on understanding how the three different tyres we have for the race work. We valued the characteristic of each option, also finding the modifications that we need to do on the bike’s set-up.

“Tomorrow in the FP3, I will try my real time attack with the soft tyre to secure a spot directly in Q2.

“All in all, I’m delighted with this first day here.”