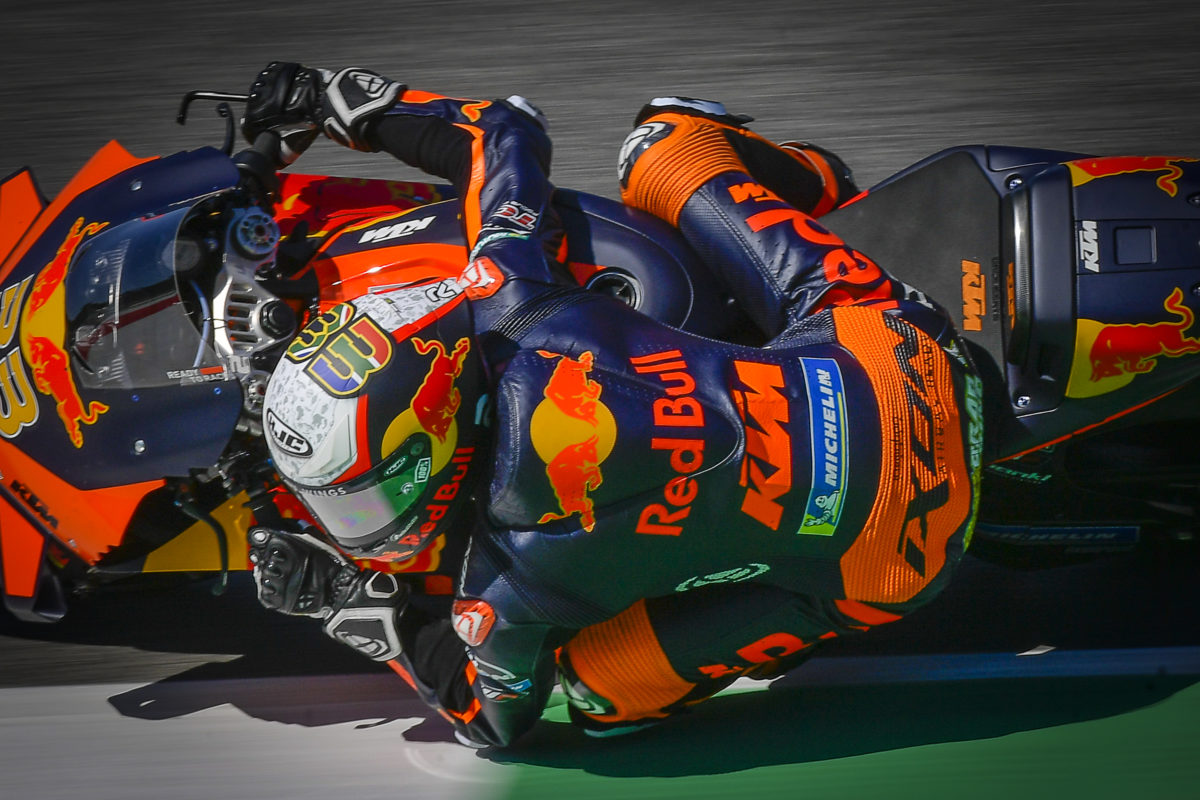 Brad Binder and Miguel Oliveira are encouraged by improvements to KTM’s chassis and fuel after both wound up in the top six in Friday practice at MotoGP’s Italian Grand Prix.

KTM was the breakout manufacturer of the 2020 MotoGP season, scoring its first three wins ever, but has struggled so far in this, its first year without concessions.

Danilo Petrucci, who rides for the satellite Tech3 team, equalled the Austrian marque’s best result to date with a fifth last time out in the French Grand Prix, before the factory squad’s Binder and Oliveira wound up fifth and sixth respectively on the opening day at Mugello.

KTM took a new chassis to the post-race test at Jerez but there was little indicative running at the following round in France due to the variable weather conditions at Le Mans.

Since then, ETS Racing Fuels has also come onboard, and both changes are proving to be positives in Italy.

“We had a new frame which we tested for the first time in Jerez and the goal for the frame was to help us line the bike up a bit better to get out of the corners better, and at Mugello it seems to be working well,” explained Binder.

“For sure the chassis does help us slightly only because it allows us to line up the exit of the corners a bit better. That’s great but more so than that we got some new fuel and that has given us a bit of extra speed.

“For sure, I think as always when you are testing something new there are always some positives and negatives, but in this case I’m happy with the positives we have.

“I think it would be more important for us to try and keep working on the new frame to try and make everything work perfectly.

“It seems to be working really well here. I think it’s really clear that the riders aren’t the only ones that don’t enjoy [not] being up front. KTM wants to be there too, so as always, the amount of effort they put in is huge.”

Oliveira had a similar perspective. 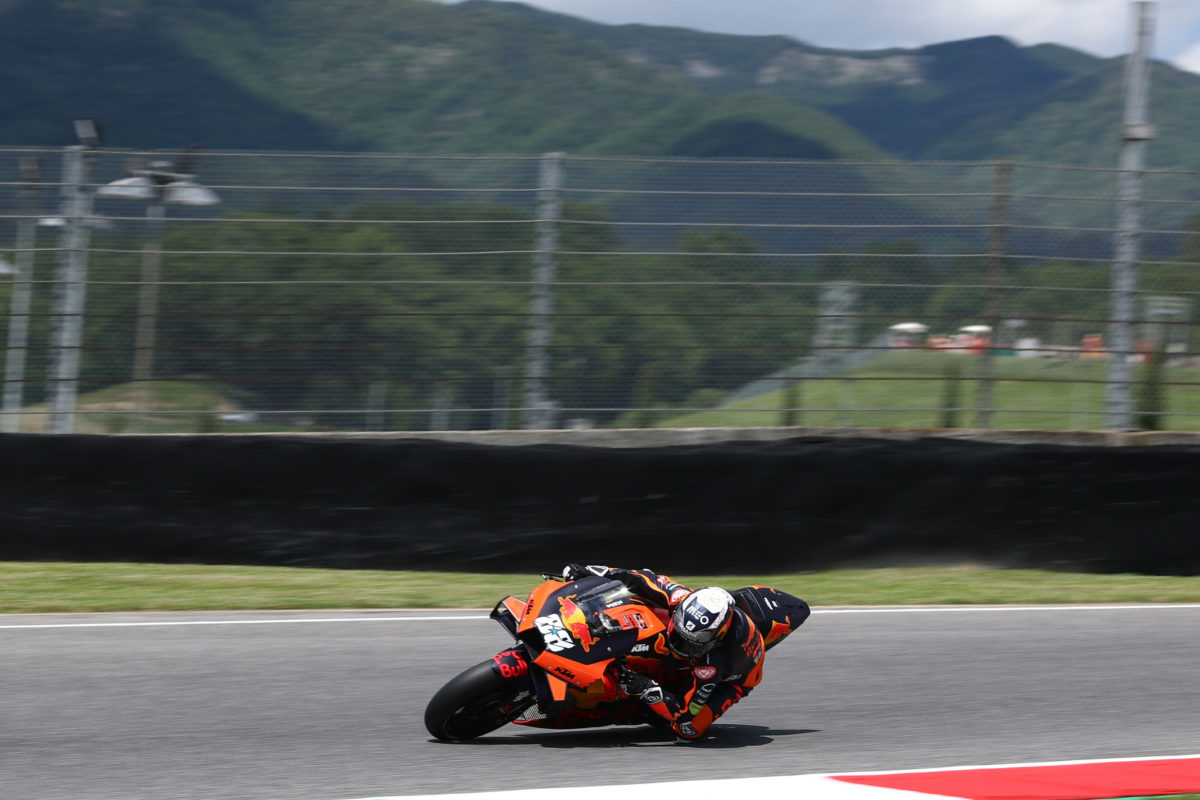 “Of course I’m happy, the bike is performing well,” he said.

“Surprisingly, we are taking a bigger step forward than we thought.

“We started to use a frame that we tested in Jerez and it looks like it works well here. Also, the fuel the team is using now gives us a bit more top speed. Of course, they are all positive points that help us go faster at the end of the lap.

“We focused a bit more on corner exit to try and get a bit more stability and more load into the ground.”

MotoGP missed Mugello last year due to the COVID-19 pandemic, meaning Binder has not yet raced there in the premier class.

The South African said that took some getting used to.

“Today [Friday practice] was good and happy about the feeling so far,” he remarked.

“This morning was my first time ever at Mugello on the GP bike so it took me a while to find my feet and figure out where to go.

“It’s a bit different to how I remember it in Moto2; the straight is quite a bit quicker! Turn 1 is a lot more on the limit to find a good marker.

“Other than that, I’m really happy with how the first day has gone and really want to take it one lap at a time and see how we get on tomorrow.”

Francesco Bagnaia has set the pace so far while Ducati Lenovo team-mate Jack Miller is 10th, but seemingly confident of locking in a direct berth to Qualifying 2.