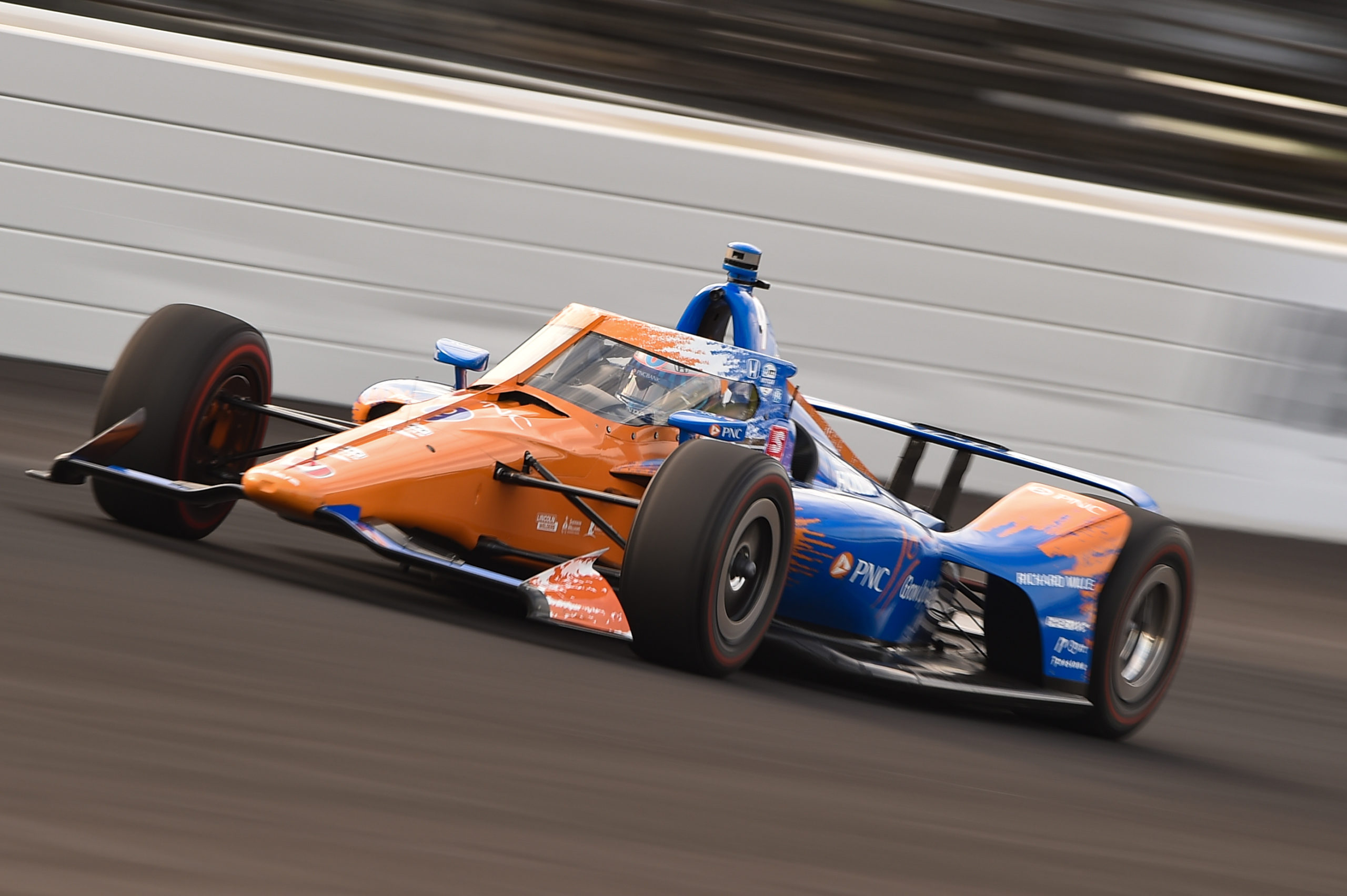 Scott Dixon will start the 105th Indianapolis 500 from pole position

Scott Dixon topped final practice at the Indianapolis 500 on Carb Day after a two-hour rain delay at Indianapolis Motor Speedway.

The Chip Ganassi Racing driver clocked a session best 228.323mph lap on only his sixth circuit of the four-turn oval once the session finally got underway.

Dixon, who will start the 105th running of the Indianapolis 500 from pole position, completed 47 laps in the two-hour session.

Such was the team’s confidence in the car that they packed up 45 minutes before the session was set to end.

“I was told we were done, so… we got through our list,” said Dixon.

“I thought the car felt good. I don’t know. Also the conditions, I thought everyone was going to feel like King Kong out there.”

Carb Day allows teams one last hitout with their cars in race trim.

Having struggled in qualifying, Team Penske found speed in the final practice.

Simon Pagenaud and Josef Newgarden were second and third fastest with a 227.157mph and 226.856mph lap respectively.

Despite being bogged at the bottom of the timesheets, Herta was notably quick out of Turn 4 and able to pass Chevrolet- and Honda-powered cars.

Rain brought the day’s running to a premature end, with the session being called 10 minutes early.