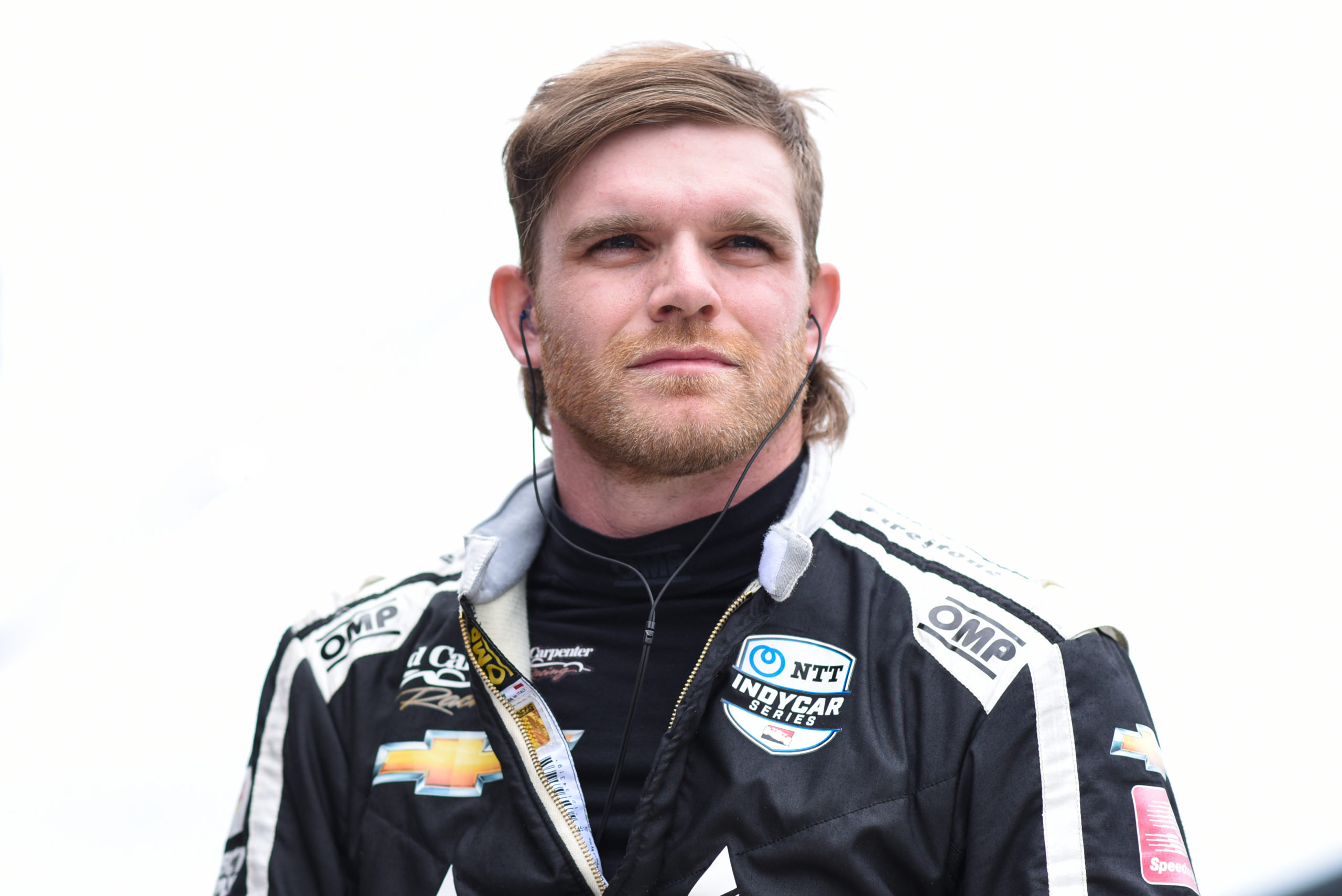 Conor Daly has put Santino Ferrucci on notice just days out from the 105th running of the Indianapolis 500 for a close call in final practice.

Daly was in Ferrucci’s tow on the run to Turn 3 and sought to go to the inside on approach to the corner but was forced to back out late.

What followed was a terse outburst from the Ed Carpenter Racing driver over his team radio.

“Someone needs to go to Santino’s pit box and tell him that he is a complete psychopath and that they should probably like… somebody should talk to him,” said Daly.

Shortly thereafter, Daly spoke on the NBCSN broadcast where he continued his tirade.

“There were a lot of stupid people out there too, which I don’t know why,” said Daly.

“This is practice still. Oh my gosh. The guy nearly crashes at the same place where he crashed (in practice last week) in front of me in (Turn) 2, and then blocks me all the way to the grass.

“I’m just really confused. The guy… I know he thinks he’s a hero, but like my gosh, there’s no point in doing that.

“Like dude, this is practice. I get that you’re a hero, I get it. My gosh. Like we’re all just trying to work and get better. On race day, I get it. That’s totally fine. But my gosh, unnecessary.”

Ferrucci, who earlier in the week crashed on his own in practice, took to Twitter to respond.

“Gap wasn’t there for you… go high bro,” he wrote.

Daly was fourth fastest at the end of Carb Day while Ferucci was 27th for Rahal Letterman Lanigan Racing.

“I know he thinks he’s a hero, but my gosh there’s no point in doing that.”@ConorDaly22 spoke with Dave Burns after practice, and his incident with Santino Ferrucci on the backstretch of @IMS. #Indy500 pic.twitter.com/gKiVerxW7N