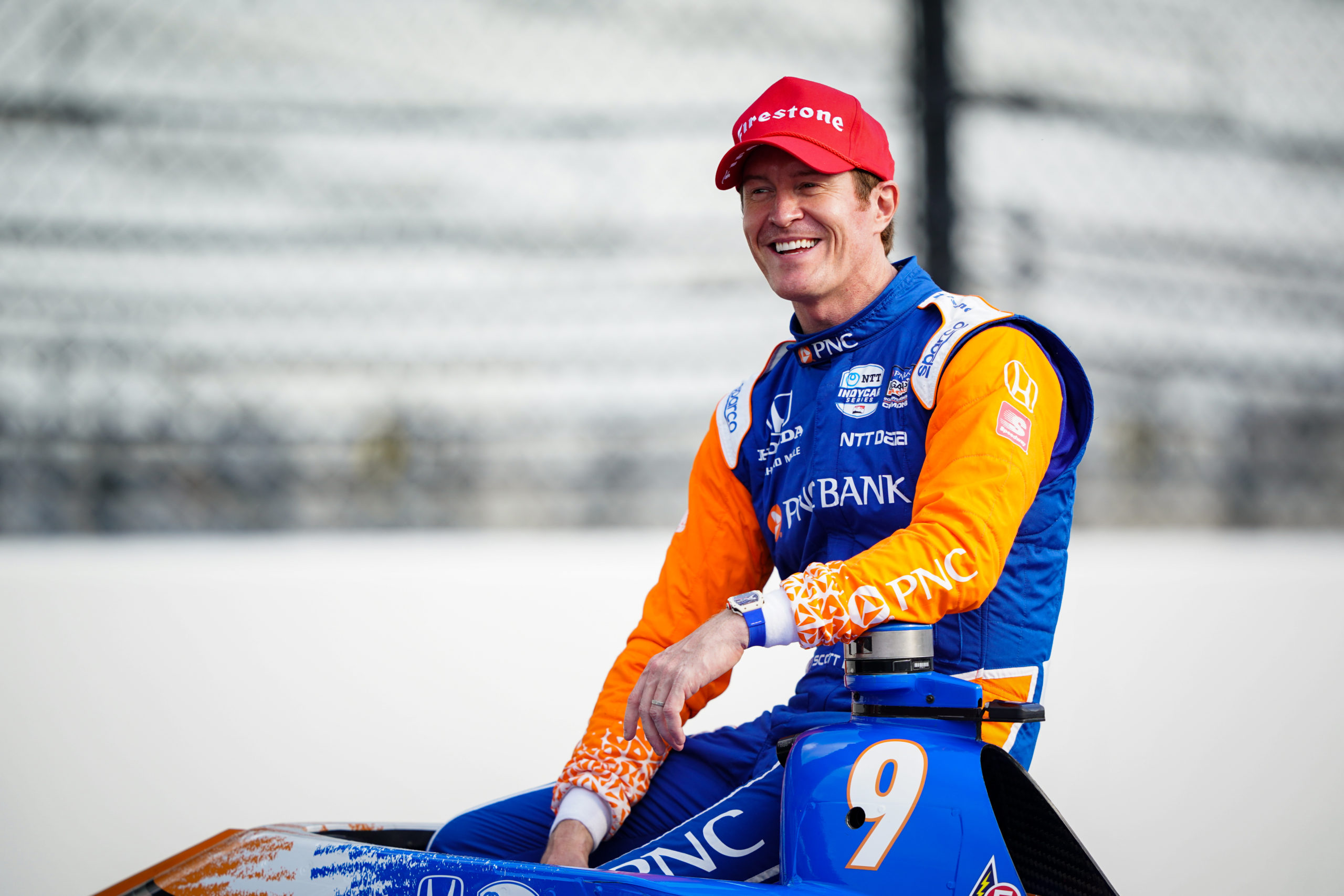 Scott Dixon will start the 105th Indianapolis 500 from pole position

By and large, Scott Dixon dominated the 2020 running of the Indianapolis 500, but ultimately walked away unrewarded.

The Kiwi was consistently inside the top three in practice before qualifying on the front row just a fraction behind pole-sitter Marco Andretti.

Dixon went on to lead more than half the 200-lap race distance, trading places at the front of the field late in the piece with Takuma Sato.

A full-course caution in the dying laps put paid to one last attempt at taking the lead back; in the end, Dixon falling shy of his second Indianapolis 500 win.

One year on, the 40-year-old has been similarly quick in practice, this time qualifying on pole position.

It’s the fourth time Dixon has started from the top spot. His 2008 win marked the only time he has converted pole into victory.

“I can tell you that’s the worst spot to finish. Last year was frustrating. Again, this place owes me nothing.

“We’ve got to keep knocking on that door and hopefully one day again, one day soon, that opens up.”

While the six-time series winner is lauded for being second only to A.J. Foyt on the all-time winners’ list, Dixon’s focus is firmly on a second Indianapolis 500 win.

“I think it’s the first goal that we set for the team all year first, then you focus on the championship,” Dixon said of the famed Brickyard race.

“Yeah, that’s never changed. I think the first time you step onto this place, come with one of the best teams, that’s the obvious sort of goal for us to try and achieve that.”

Dixon will have one last outing before starting this year’s Indianapolis 500 gets underway.