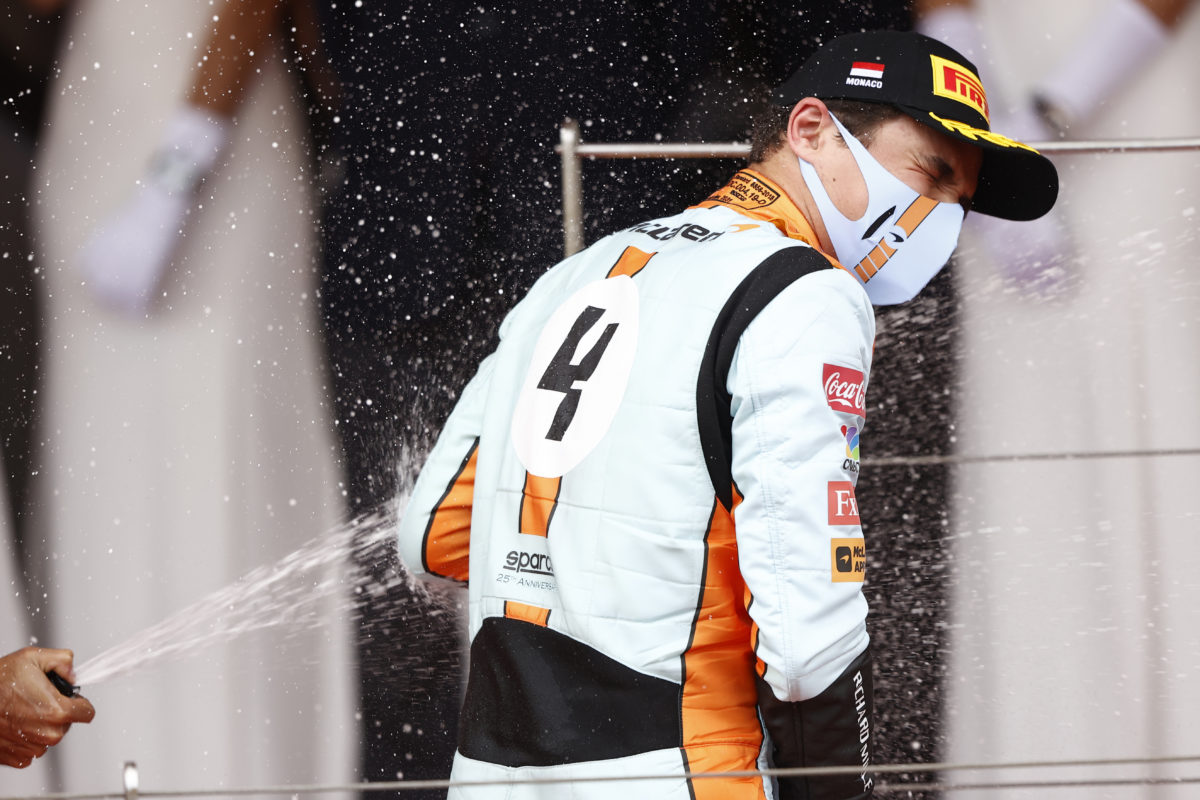 Lando Norris on the podium in Monaco

Lando Norris wants to establish himself as the clear team leader at McLaren on the back of his new Formula 1 contract.

The Englishman signed a new ‘multi-year’ deal with the operation in the days prior to the Monaco Grand Prix.

Norris entered F1 with McLaren in 2019 and last year snared his maiden podium position at the Austrian Grand Prix.

He’s since twice added to that tally in 2021, first at the Emilia Romagna Grand Prix, and again at Monaco last time out.

“That’s my goal, that’s what I want to achieve,” he said when asked by Speedcafe.com if his new contract sets him up to become team leader.

“I want to be that kind of guy to lead the team, who’s been there for many years, has helped them through the bad times and helped them achieve the good times.

“That’s the kind of position I want to be and that’s why I’m still here, it’s why I signed for some more years is because I want to be in that position.”

Norris has been joined by Daniel Ricciardo for the current season, the Australian a high-profile addition to the Woking squad.

Thus far, his performances have not met expectations as he continues to come to grips with the McLaren MCL35M, culminating in Monaco where he was lapped by Norris.

By contrast, Norris’ performances have stepped up in 2021 and have seen him consistently knocking on the door to the podium.

That improvement takes the Brit closer to his end goal.

“This year, I really took a step forward in that position [team leader], being a different and improved driver to the last couple of seasons, taking upon more responsibility and leading the team in more ways.

“That’s definitely something I want to be able to do going into the future.”

Though not overtly stated, it’s understood the new deal will see Norris at McLaren for two further years, bringing his contract inline with Ricciardo’s.