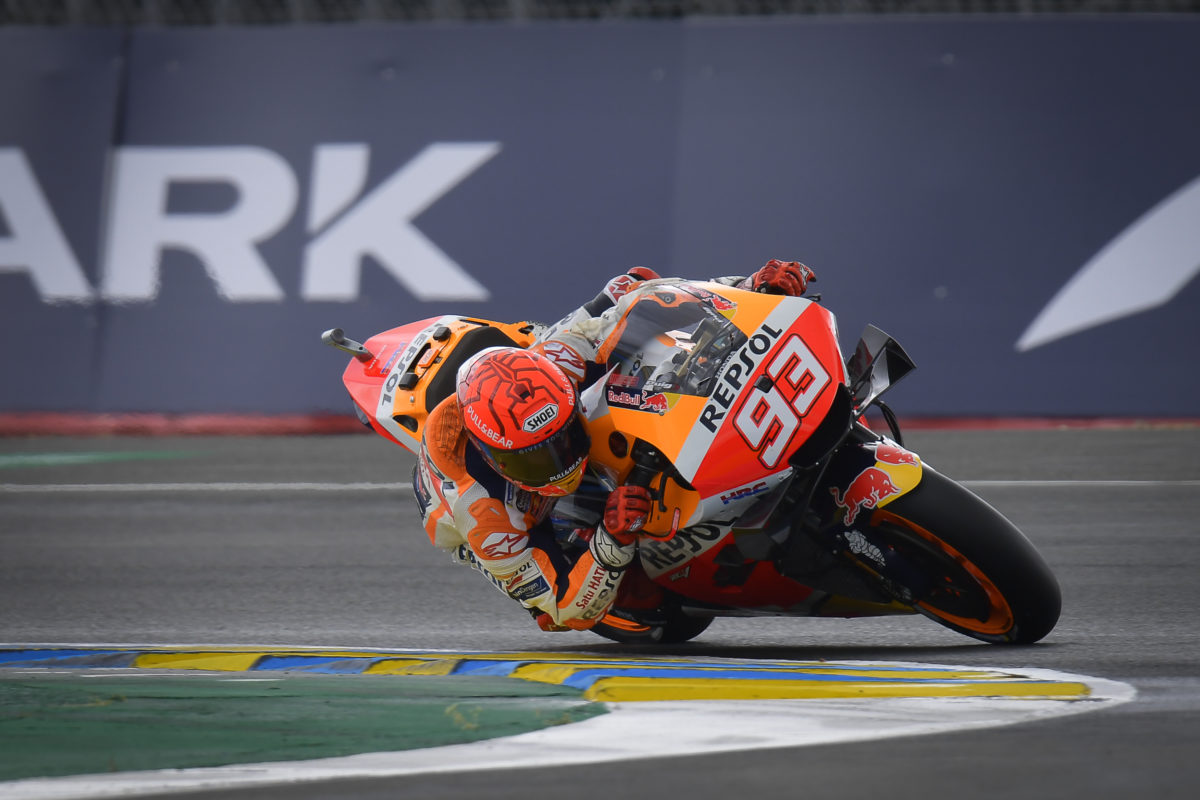 Marc Marquez has revealed that he thought about suspending his MotoGP comeback before being reassured by doctors that it was the best thing for him.

The Repsol Honda rider has completed three rounds since a lay-off of nearly nine months after breaking his right humerus during last year’s season-opener.

Marquez had multiple big crashes in the second of those, at Jerez, and completed only seven laps in the following day’s test due to his body “locking up” from the exertion of the race weekend.

Despite still not being able to position himself as he would like on his motorcycle due to pain from his right shoulder, the six-time premier class champion insists it is right to proceed with the comeback, and that doctors have even told him so.

“In fact, there was a possibility after Jerez to stop again.

“We considered and we spoke with the doctors but even they said it was good to reintroduce [racing] to my life and ride a MotoGP bike.

“You can ride a different kind of bike, but in the end you need to ride the racing bike if you want to improve.”

Marquez had surgery on his shoulders in consecutive off-seasons, the left in late-2018 and the right in late-2019.

However, the current soreness in the right shoulder is said to be a function of last year’s arm break, and not an unusual one either.

“When you do another step [in your recovery] after a big injury like this, then new things emerge,” he explained.

“It doesn’t mean the shoulder is in a really bad situation.

“I mean, the shoulder has something that is not working in a proper way and we are trying to understand why during the race weekend the pain is coming more. Relaxed or not relaxed, the pain is there always.

“But the doctors also say this is normal after a broken humerus; the shoulder or the elbow is also affected.

“In my case some small things are coming from the shoulder that are disturbing me more than we expected when riding.

“We are trying to work to understand how to improve for the future.”

The shoulder was isolated as an issue after he rode a Supersport bike in the lead-up to this weekend’s Italian Grand Prix.

According to Marquez, he still could not position himself properly on the bike despite the slower speed than his RC213V.

“Last week I went to the doctor for a check and the arm is getting better. This is the most important,” he recounted.

“So now we check what is going on in the shoulder because this is my limitation now.

“I was riding a 600. Normally I never ride these kinds of [Supersport] bikes, but on Tuesday I was riding to understand well how my situation was and my position on the bike.

“On a MotoGP bike, I am not riding well or in a good position. I chose this kind of [600cc] bike not to ride fast, but to understand the kind of position.

“Now I understand that I cannot ride in a good position because if I do that then the pain in the shoulder is much more.

“So, we are checking all the things at home and at the circuit to understand our future.”