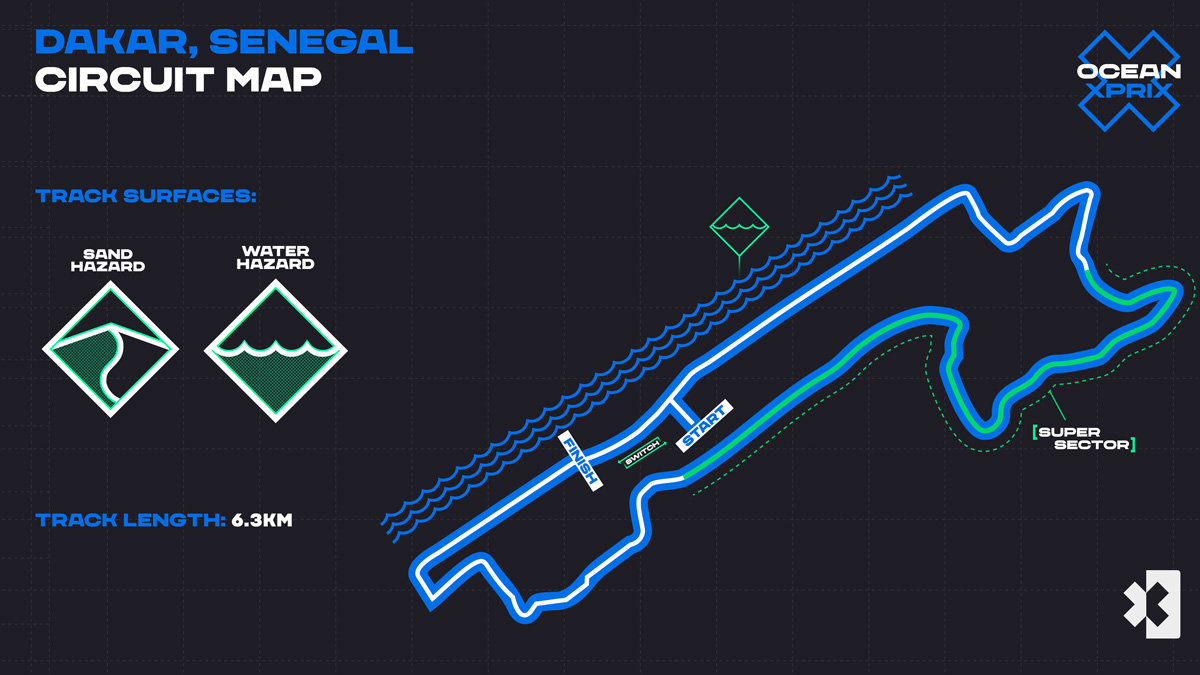 Practice takes place on Friday, time trial qualifying on Saturday, and the knockout races on Sunday.

The course has been designed by Timo Scheider and Jutta Kleinschmidt along the West African coastline.

The course takes in a mostly sandy terrain, starting on the beach and running alongside the Atlantic Ocean.

Obstacles on the course include a slew of short, sharp, elevation and direction changes.

“After Saudi Arabia, which was a pretty quick course, the aim was to have a more technical layout with more overtaking possibilities and average to low speed areas, and this is what we have achieved,” said Scheider.

“We have some tricky areas, so for sure you have to manage your speed and we still have areas where you have to pay attention to, because if you’re too quick on some stages, you can damage your car, spin or even roll.”

New for the Ocean X Prix is the new Super Sector, which gives drivers a chance to earn five points by being the fastest in that sector over the weekend.