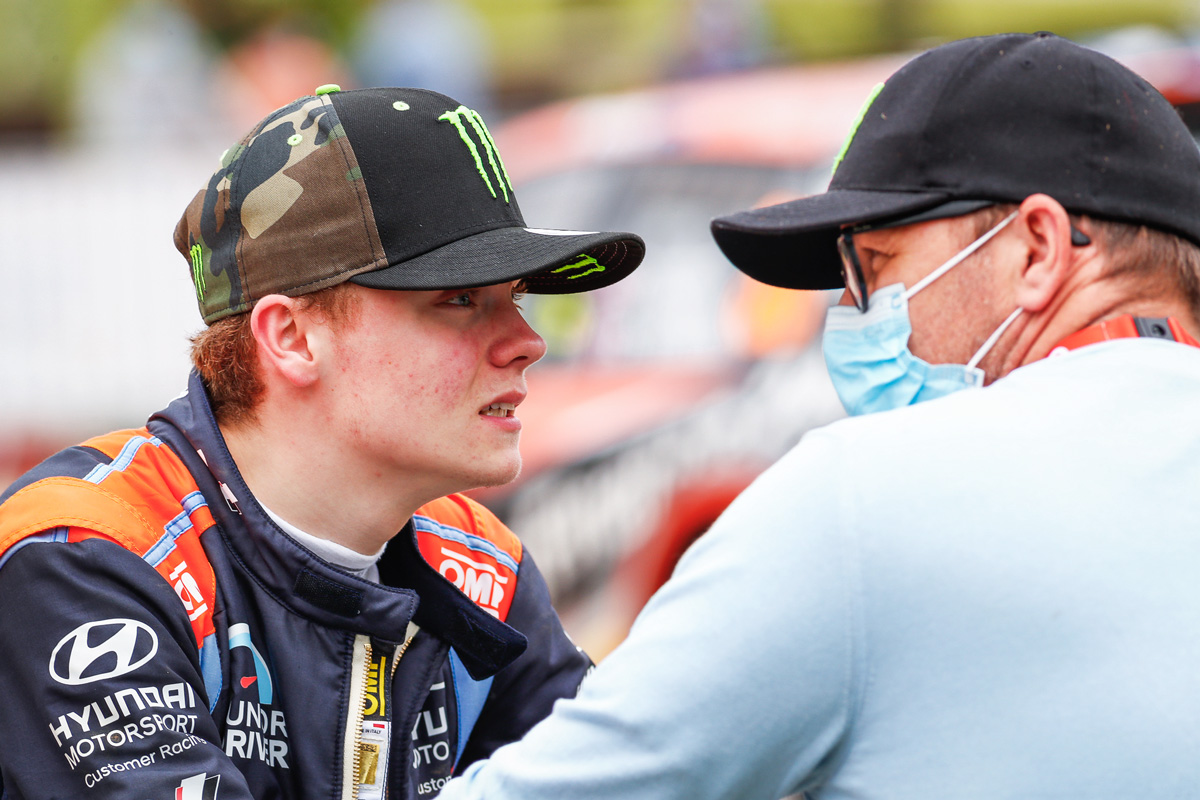 World Rally Championship up-and-comer Oliver Solberg has been forced to withdraw from the upcoming Rally Sardegna after his famous father contracted COVID-19.

It has been announced Petter Solberg, the 2003 WRC champion, tested positive for coronavirus on Monday this week.

That has had a ripple effect on 19-year-old Oliver as a close contact.

The Swede, who enjoyed a fine run to seventh on his top-flight debut at the Arctic Rally Finland in February, was due to compete again for Hyundai on the Italian island of Sardinia across June 3-6.

However, despite repeatedly testing negative since Monday, he will remain in hotel quarantine in Porto, Portugal, for 14 days.

“You can imagine, I am more than disappointed by this news. I am a little bit devastated,” said Oliver.

“But you know, we have seen in the last year what coronavirus can do.

“My papa is doing well with a small fever and I’m thinking to him right now.

“It’s really hard to take now, but the time for my next rally in that amazing Hyundai i20 Coupe WRC will come. We have these rules and regulations for a reason and that reason is to try to stop this thing spreading.

“My family accepts completely what the FIA, the rally organisers, the national governments and medical professionals are telling us.

“The most important thing is that we keep people safe.”