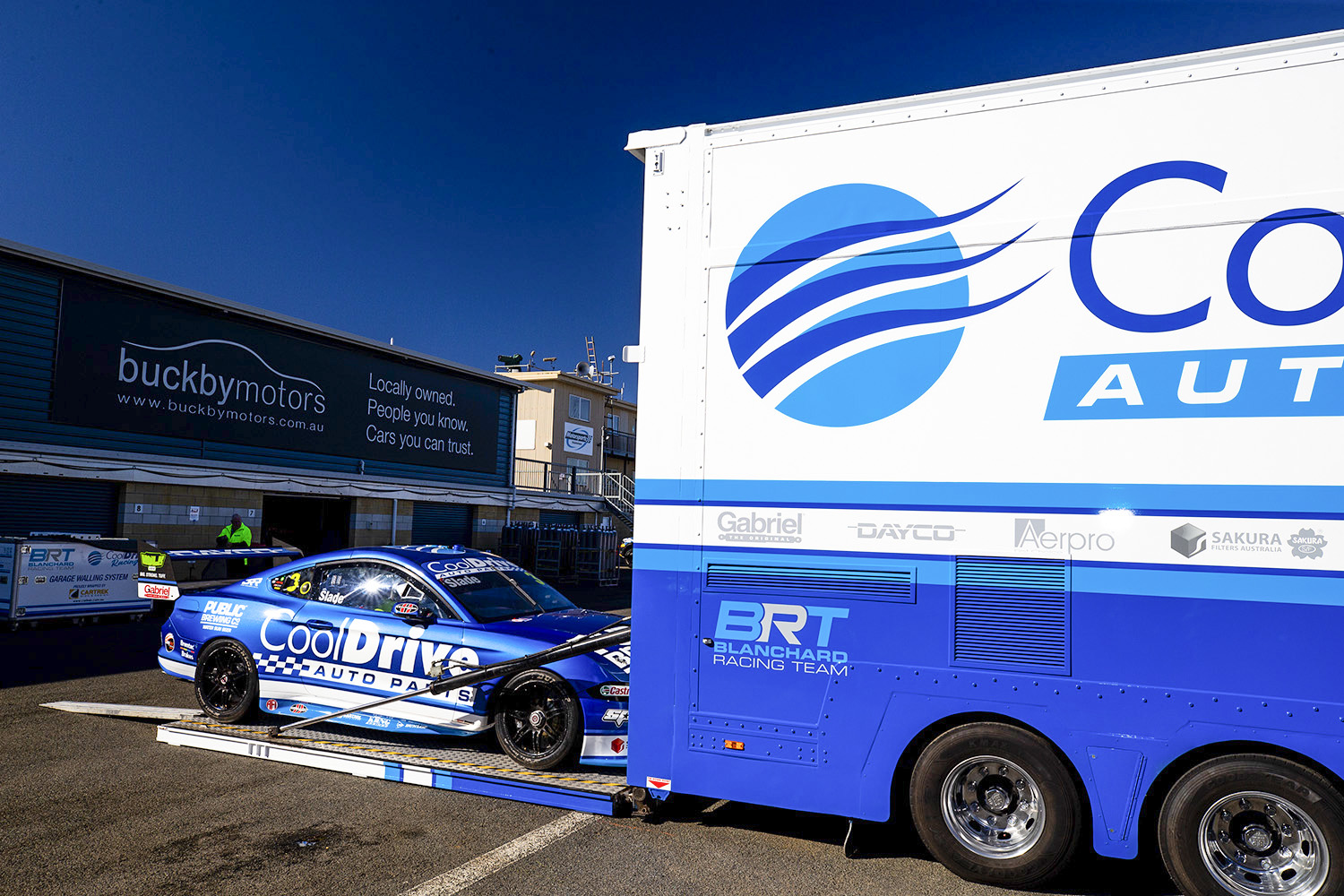 The Blanchard Racing Team has confirmed it is planning a border dash before Victoria goes into lockdown tonight.

The Box Hill-based team is the only outfit thus far to signal plans to Speedcafe.com to move out, although others are understood to be investigating a move.

Kelly Grove Racing is prepared to move as well to the family farm north of Mildura. Last year the team used the farm as a temporary base in the midst of the COVID-19 pandemic.

Erebus Motorsport, Team 18, Tickford Racing, and Walkinshaw Andretti United are all based in Greater Melbourne, the latter believed to be ready to move out at short notice.

Speedcafe.com understands there is a reluctance from some teams, notably Erebus Motorsport and Tickford Racing, to move out of the state soon.

Queensland-based teams Triple Eight Race Engineering, Dick Johnson Racing and Matt Stone Racing will return to their respective bases today having been in Canberra on standby prior to the event’s postponement.

Truck driver aside, Team Sydney had yet to depart for Victoria before this morning’s announcement.

Melbourne-based Supercars teams dashed for the border almost exactly 11 months ago and were on the road for a little over 100 days until the season’s end.

Today Supercars and the Benalla Auto Club confirmed the postponement of this year’s Winton SuperSprint to later this year.

That news broke shortly before a seven-day state-wide lockdown was announced by the Victorian Government.

The circuit breaker lockdown will come into effect at midnight tonight and be in place until 23:59 AEST on June 3.

As it stands, the Northern Territory has declared Greater Melbourne a hot spot.

Anyone who wishes to enter the state must have not been in a hot spot for 14 days, or upon arrival, must undergo 14 days of managed hotel isolation at their own cost.

New South Wales hasn’t closed its border Victoria, however, stay-at-home orders will come into effect this afternoon. Meanwhile, Queensland has designated the City of Whittlesea a hot spot.

Victorian teams could conceivably leave their state for New South Wales as late as June 2, which would give them sufficient time to have been out of the Melbourne hot spot before heading to the Northern Territory.

The Merlin Darwin Triple Crown is slated for June 18-20 at Hidden Valley Raceway.