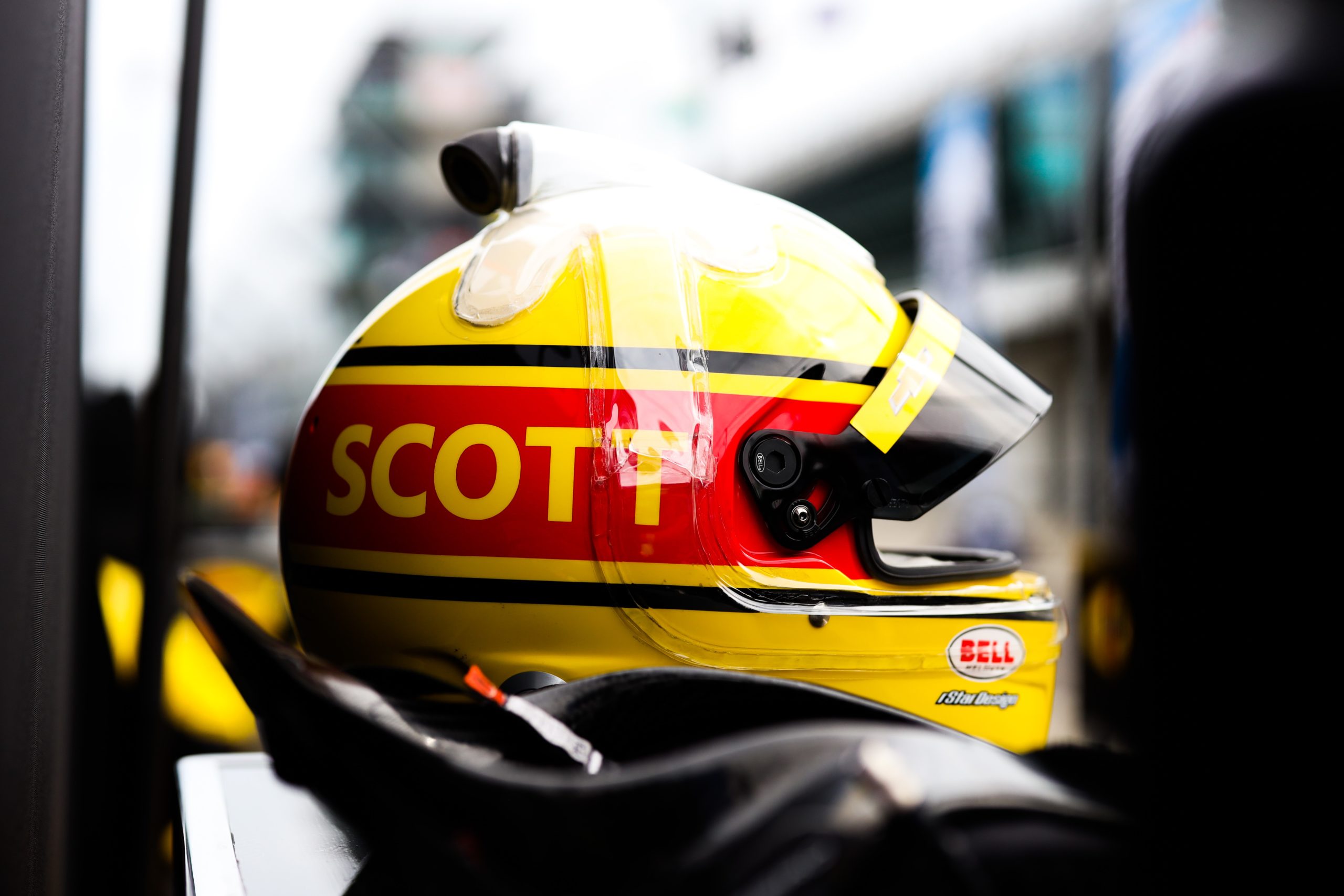 The yellow, red, and black scheme harks back to 1980 when Rick Mears wore a helmet design made to match the iconic Pennzoil paint scheme.

The four-time Indianapolis 500 winner has been a mentor to McLaughlin since the New Zealander first began testing with Team Penske.

McLaughlin will join a string of high-profile drivers to have raced in the Pennzoil livery, colloquially known as the Yellow Submarine after the original Chaparral 2K first driven by Johnny Rutherford.

The Kiwi isn’t the only driver to have worn a Mears-inspired helmet though.

Helio Castroneves raced a Pennzoil-backed IndyCar in 2014 and 2019, in both instances wearing a tribute helmet.

“It’s basically the same helmet design that Helio has run in previous years and obviously what Rick was synonymous with was the Yellow Submarine,” said McLaughlin.

“I love tradition. I love history. And I think it was a cool tribute.”

The original helmet from 1980 features “Rocket Rick’s” last name ‘Mears’ emblazoned on the side.

Like Castroneves before him, McLaughlin couldn’t fit his last name in full on the side, instead opting to have ‘Scott’ written in the same style as Mears’ helmet. 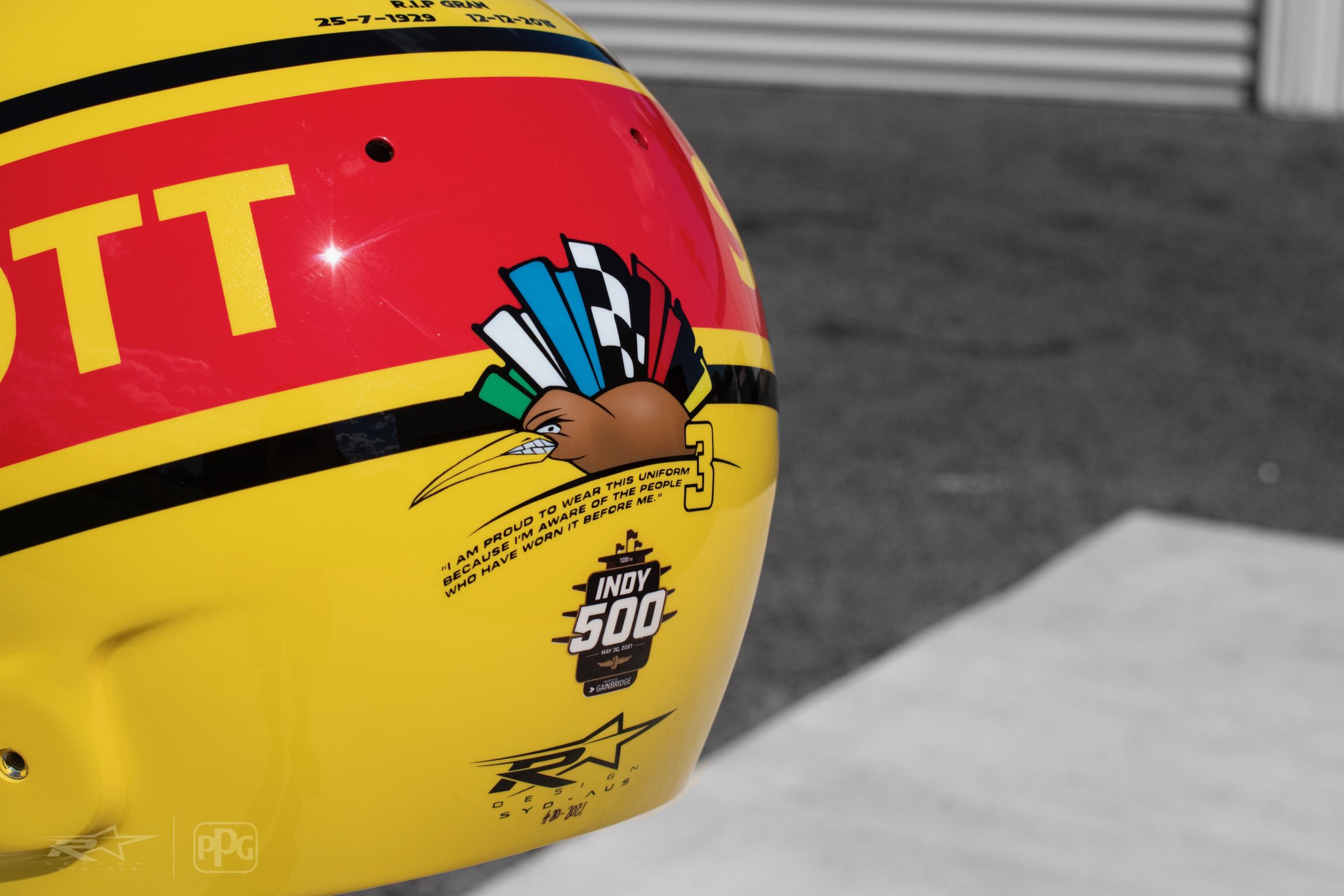 McLaughlin’s helmet does have a point of difference, however.

It features a tribute to his late grandmother as well as a stylised Indianapolis Motor Speedway logo with a kiwi in place of the usual tyre and wings (pictured above).

It also features a quote, “I am proud to wear this uniform because I am aware of the people who have worn it before me,” paying tribute to his predecessors to have raced in the yellow livery.

“I couldn’t fit ‘McLaughlin’ down the side, because it would just wrap around my visor as well, so I had to substitute that for ‘Scott’,” McLaughlin explained.

“I felt it was pretty cool. It’s a cool little quote on the back and it’s just a tribute to the 500, the people who have run it before and hopefully a legacy I can start with myself and Pennzoil.

“I’m tremendously excited to run that car. I feel very lucky and privileged and excited to see what we can do with it.”

McLaughlin will start the 105th running of the Indianapolis 500 from 17th as the highest placed Team Penske driver. 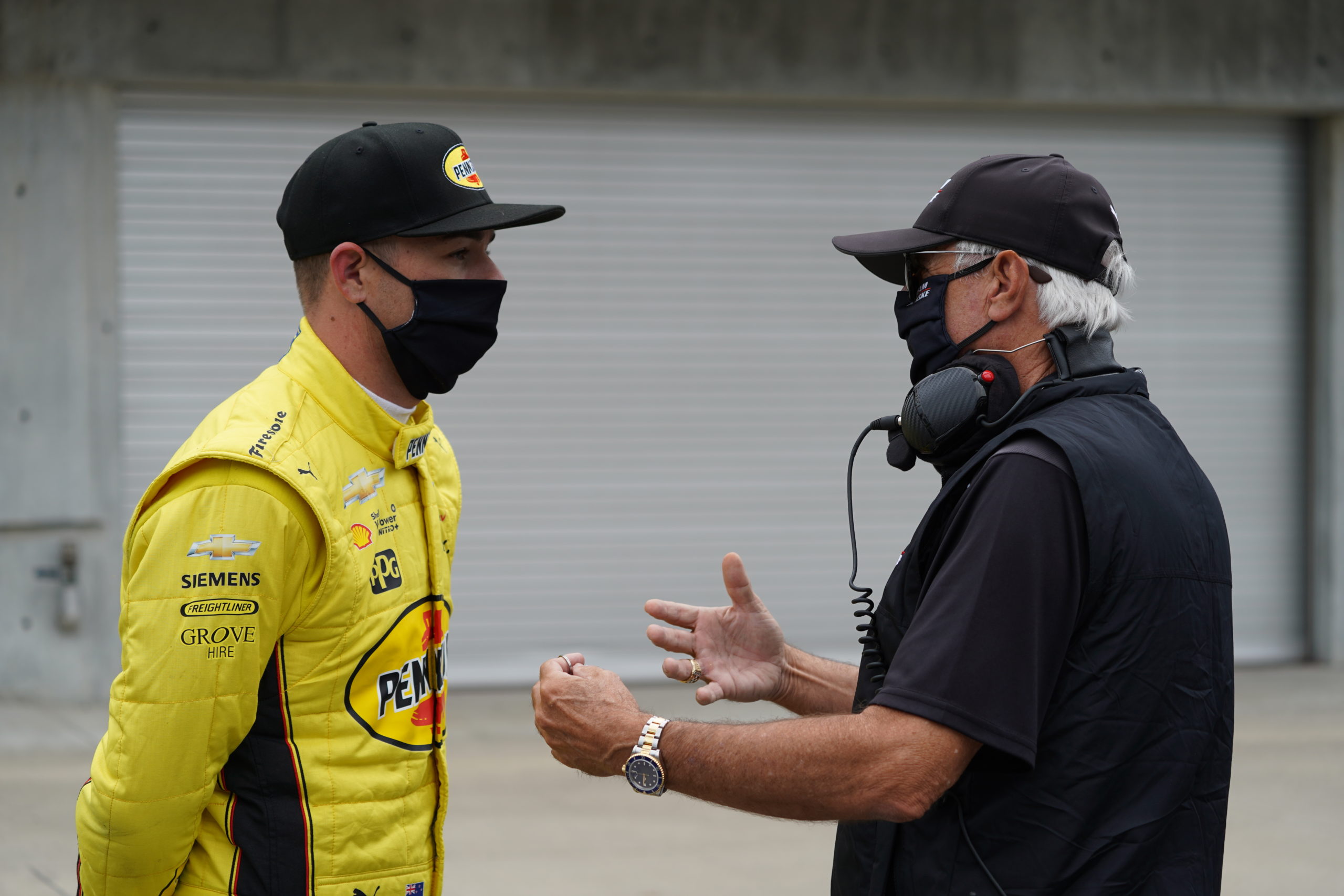