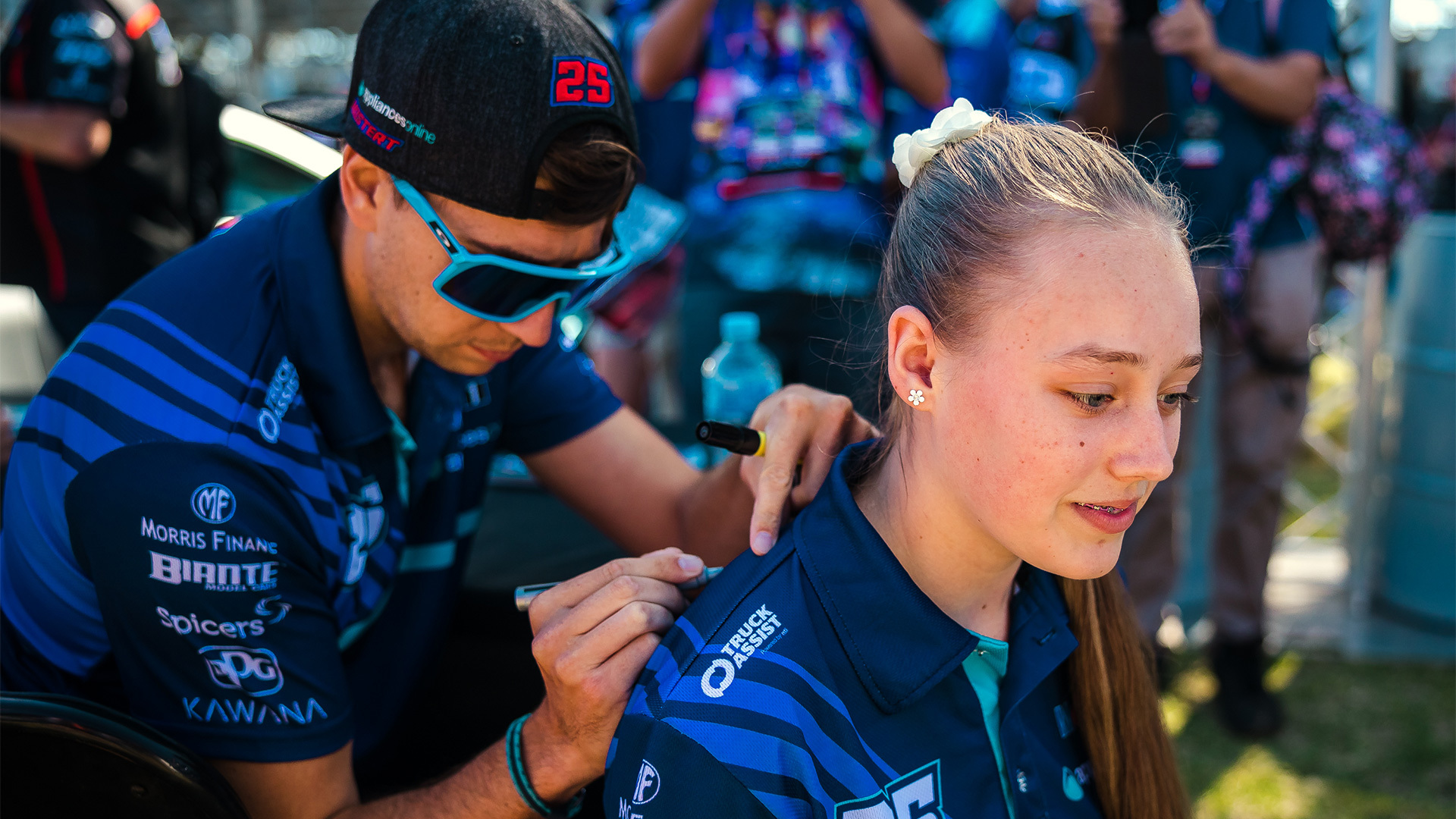 Friday’s signing session at the Winton SuperSprint has been cancelled

It comes as fears surrounding the fifth event of this year’s Repco Supercars Championship grow due to the escalating COVID-19 situation in Melbourne.

Currently there are 23 active cases in Victoria, 10 of which have been recorded in the last day.

As it stands, the Benalla Auto Club-promoted event at Winton Motor Raceway is set to go ahead, but could be impacted if the situation worsens.

“We have been advised by Supercars that unfortunately the drivers signing session for the Winton SuperSprint originally scheduled for Friday 28th May at 5:30pm has been cancelled due to the escalation of the COVID situation in Melbourne and the desire for Supercars to protect future interstate events,” a statement on the Winton Motor Raceway Facebook page read.

“Whilst disappointed, we understand Supercars’ position and the team at Winton are working toward delivering the Winton Supersprint under our COVIDSafe event plan with as few changes to the event structure as possible.

“Thank you for your understanding, see you trackside this weekend!”

Supercars teams and drivers outside Victoria have already pushed back flights to the end of this week.

Speedcafe.com understands some personnel have opted to fly via Albury, Canberra, or Sydney to avoid Melbourne Airport. 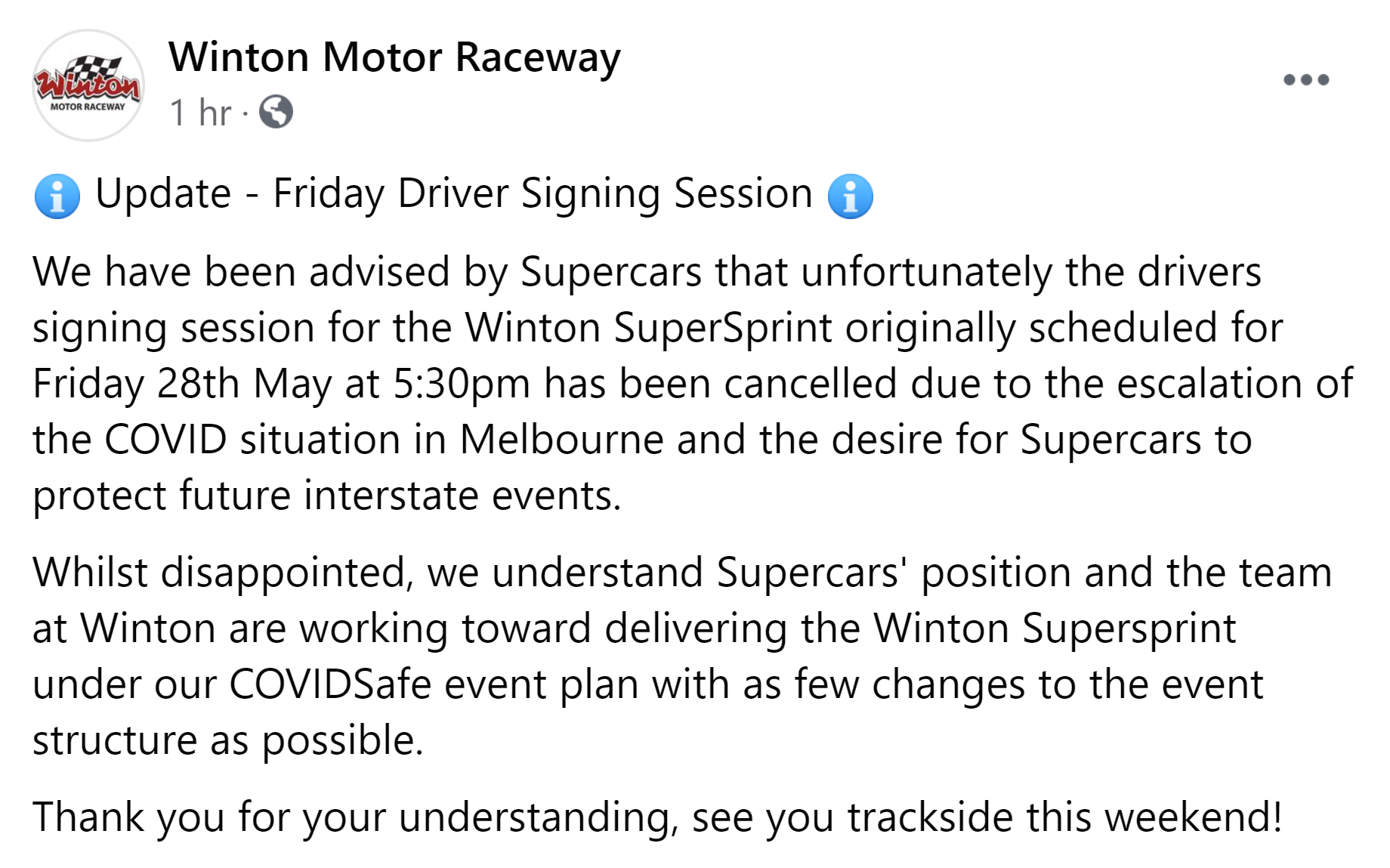 The since deleted statement on the Winton Motor Raceway Facebook page