Scott McLaughlin will look to become the first Team Penske driver to win the Indianapolis 500 on debut in 20 years when he rolls onto the Brickyard this weekend.

Helio Castroneves won in his first attempt in 2001, claiming the first of three Indianapolis 500 wins with ‘The Captain’, Roger Penske.

Unlike McLaughlin, Castroneves had a wealth of prior single-seater experience before his debut having competed with Team Penske in CART before the team switched to the IndyCar Series.

Despite his inexperience, the three-time Supercars Championship winner is confident in his own ability to haul his way through to the front from 17th on the grid.

“There’s no reason why I can’t,” McLaughlin said when asked if he could win the 200-lap race.

“The only thing I’m going to lack is experience. Crazier things have happened. I think I can put myself in the position to be somewhere near the front with strategy and with some passing.

“I think our car is fast enough to come through the field initially. Then I think we’re also fast enough to be up the front and sustain that and save the fuel when we need to.

“Like I said before, I back my ability if I get to the front and have the chance to win, I feel like I can definitely grab a hold of that. For sure, I’m not discounting it at all.” 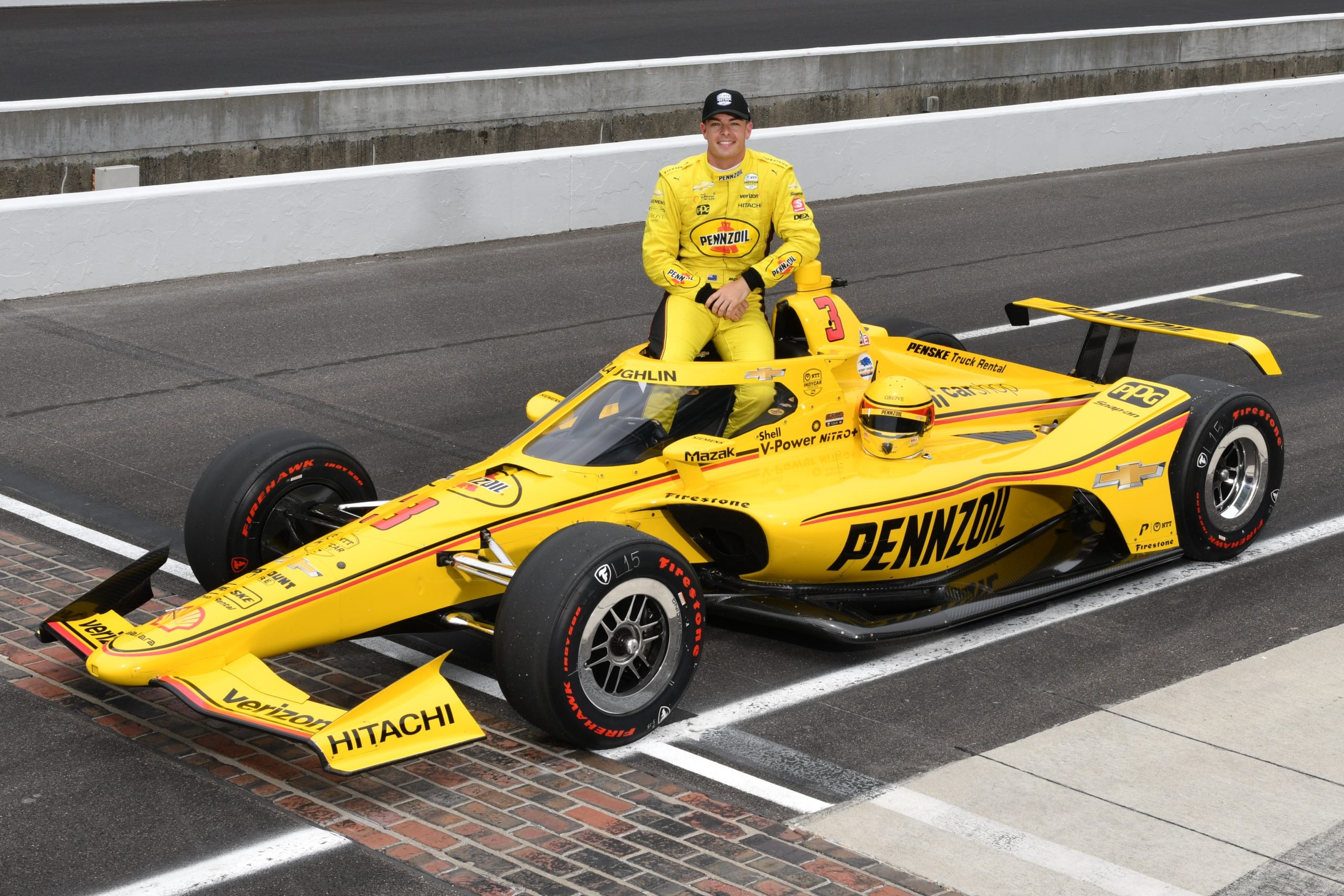 McLaughlin and his #3 Dallara IR-18 on the famed Brickyard

The last driver to win the Indianapolis 500 on debut was Alexander Rossi in 2016, who came to the IndyCar Series off the back of a brief spell in Formula 1 that lasted five grands prix.

That year he won the race on a conservative fuel strategy, eventually crawling across the line to win by five seconds.

The form guide going into this year’s race would suggest a win from 17th on the grid is unlikely for McLaughlin given the last four races have all been won from the top four starting positions.

However, drivers have fallen to the rear of the field and made their way through to the front, including Rossi, who suffered a slow pit stop in 2019 but fought his way through to second by the end of the race.

That, McLaughlin said, shows that you can be a contender no matter the circumstances.

“You can be in positions to win the race from anywhere on the grid, things have just got to fall your way,” said McLaughlin.

“You do need things to work your way. It’s very much like Bathurst. It’s about buying that ticket to the last stint and being there.

“I know my team has made some really good strategy calls this year and has got us up the front, for instance, the Texas race. I think we can be right there if we get it right on the day.” 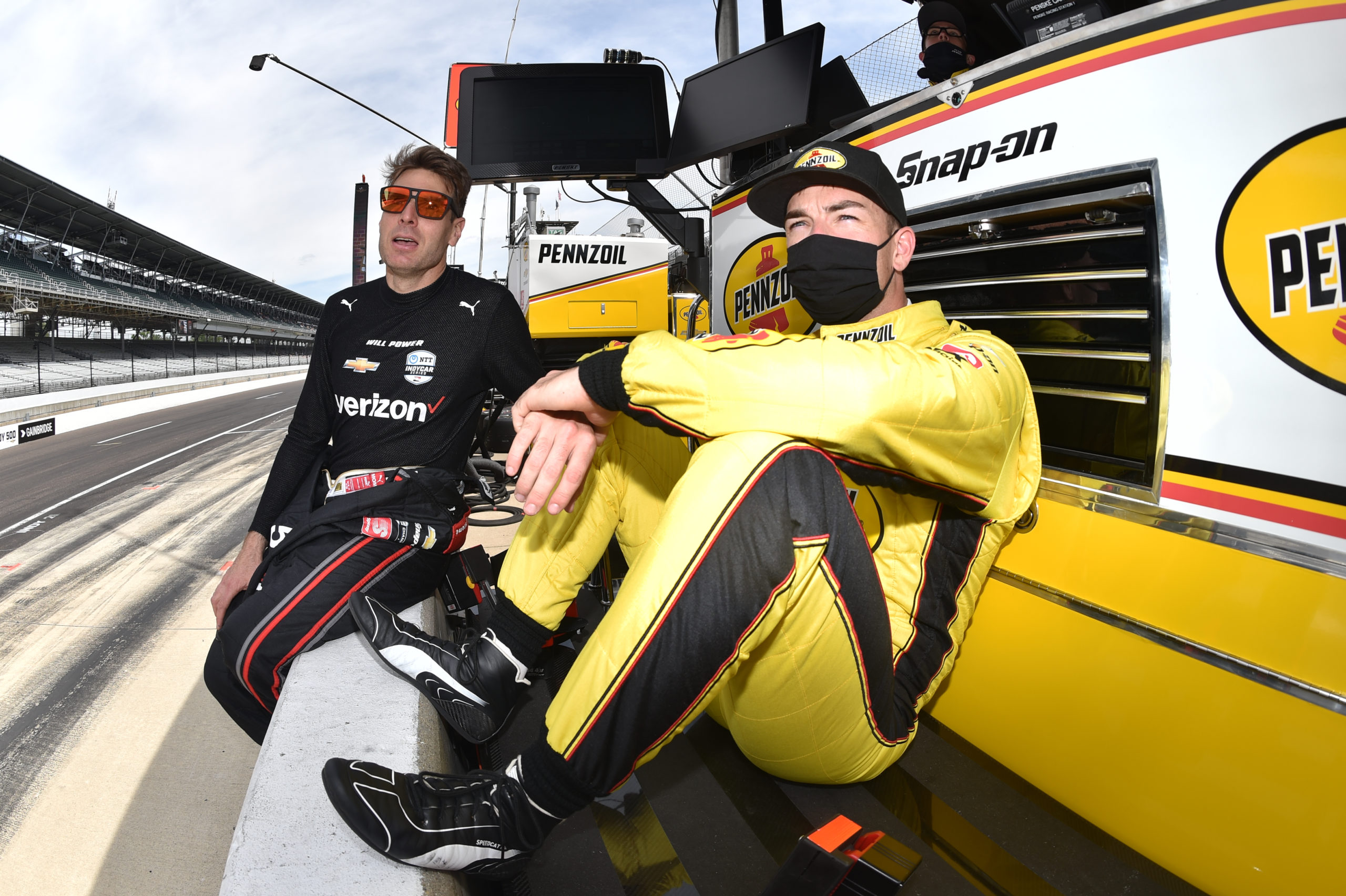 Will Power (left) and Scott McLaughlin

McLaughlin will start the race as the highest placed Team Penske pilot.

Team-mates Josef Newgarden, Simon Pagenaud, and Will Power will start from 21st, 26th, and 32nd respectively.

While it was a woeful qualifying for the experienced heads, McLaughlin is optimistic the quartet’s race pace is good enough to be competitive.

“For us to qualify [17th], yeah it wasn’t amazing for us as a team, but for me to qualify pretty strongly in terms of the team and be somewhere in the mid-pack there that we can really make gains essentially in the first and second stint; it makes me excited,” McLaughlin explained.

“We’ve had a really good run. I think we’ve been on the safe side in terms of how hard we’ve pushed. I’ve really got used to the weight and the air and stuff that I really need to learn and the tools I can use to change the car and the balance. I feel comfortable with all of that.

“I believe in my own ability to come through. I feel like I can do it. It’s just a matter of making it happen.

“We’re all in similar situations. We were a bit underwhelmed with our pace in qualifying but at the same time, we know that anything can happen and we can come through,” he added.

“Our pace has been reasonably strong. I think anything can happen. Strategy stuff. It’s a wild race. Don’t count us out yet.”

The lowest starting position that any driver has won from is 28th.