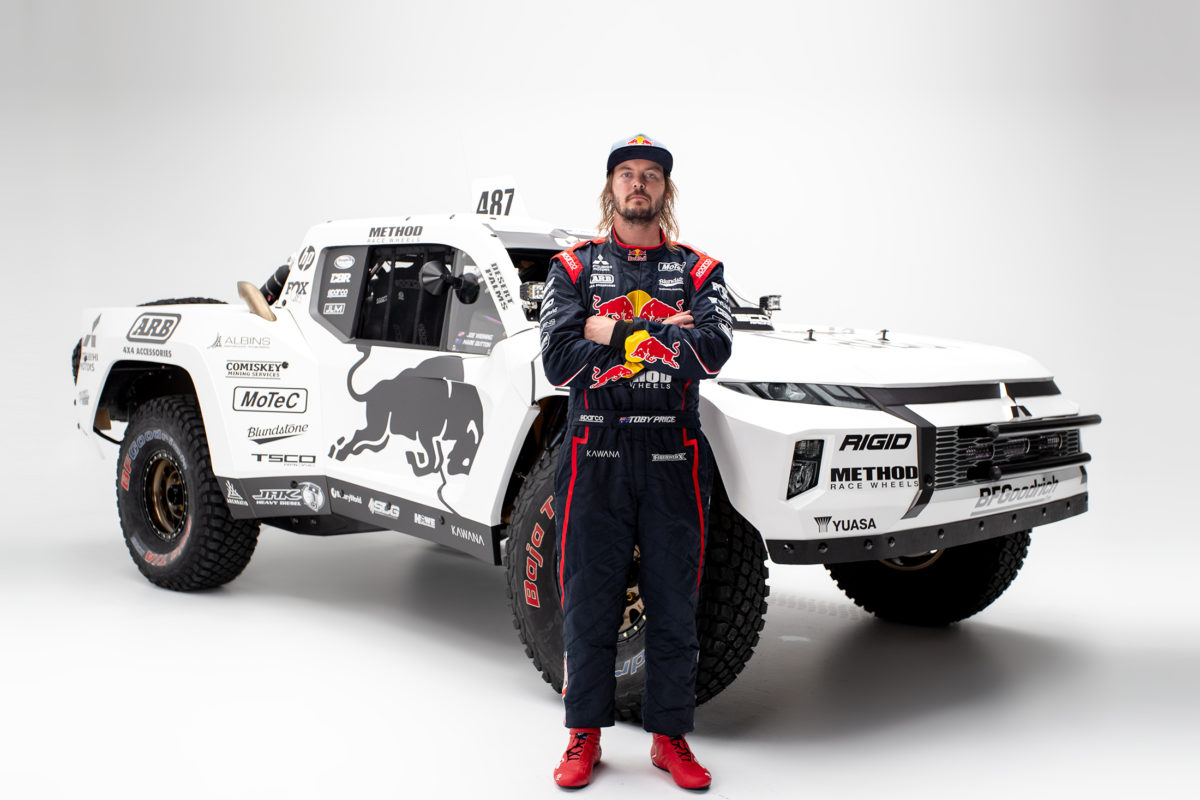 The truck is modelled on the Triton GSR ute and the Triton Concept Truck, arriving in Sydney last week after an extensive design and build process.

The idea is said to have had its genesis at the beginning of 2020, with the final product being a collaboration between builder TSCO, Mitsubishi Motors Australia, the Mitsubishi Motors Corporation Triton Design team, and Fiberwerx in the United States.

“I’m so happy to be able to finally take the covers off for everyone to see all the hard work that has gone into getting the truck exactly like the concept ute, ” said Price.

“To finally see this thing come to life is unreal. Getting it here wasn’t easy with COVID-19 and shipping times but now I can’t wait to get out on the red dirt in Alice [Springs, where Finke starts] and give it a run.

“Thanks so much to Mitsubishi Motors for working with us to bring this project to life; it’s one of the coolest things I’ve ever been able to do and I’m in love!” The truck was designed by TSCO’s John Vance and is powered by a Dougans 6.0-litre, naturally aspirated V8.

Mitsubishi Motors Australia’s senior manager of marketing communications, Karen Bradley, said, “It was a pipe dream over a coffee… but we did it!

“We were working against many odds 12 months ago, and it wasn’t easy, but everyone had one vision; to build a custom Triton body for Toby’s Trophy Truck. He is one of our key partners, and we are so proud.

“The design of the body is so uniquely Mitsubishi thanks to the bespoke design work of the global Triton Design team. Fans will recognise the signature dynamic shield and many other features from both the current Triton, and also our concept ute.

“We are so proud to be involved in this worldwide first.”

Price’s new ride has been unveiled tonight on the Gold Coast, with his camp also announcing that Triple Eight Race Engineering team manager Mark Dutton will be his head navigator for Finke in 2021.

The offroad motorcycling superstar has entered the iconic ‘there and back’ event in both bikes and cars in years past, but is contesting just the latter again this year after crashing out of the Dakar Rally in January.

He came close to a maiden four-wheel Finke triumph when it was last run, in 2019, but a rear gear failure brought him unstuck on the return leg.

The 2021 event kicks off with the Prologue in Alice Springs on Saturday, June 12.