Ducati vindicated after being ‘slaughtered’ over Miller-Bagnaia line-up

Ducati vindicated after being ‘slaughtered’ over Miller-Bagnaia line-up 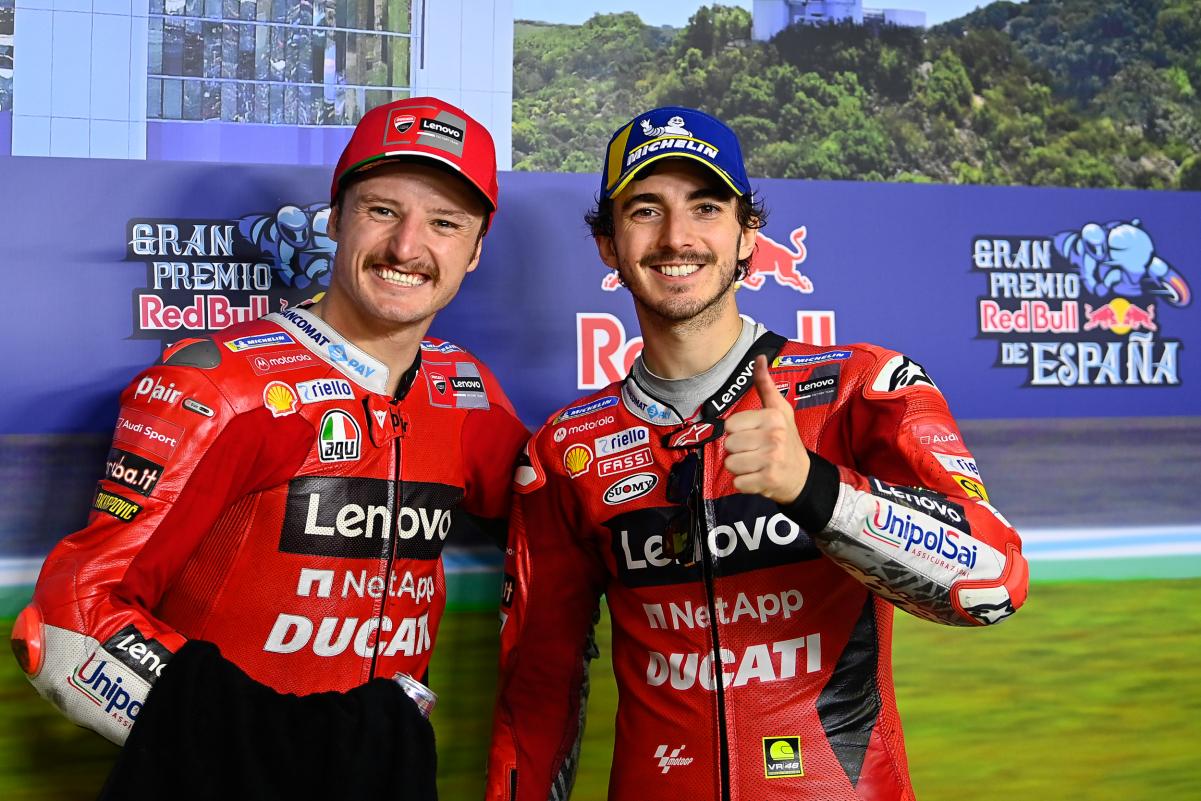 Ducati has been vindicated by placing Jack Miller and Francesco Bagnaia at its factory squad having felt like it was ‘slaughtered’ for the decision, according to team manager Davide Tardozzi.

Miller and Bagnaia represent an all-new line-up at the Ducati Lenovo Team following the exits of Andrea Dovizioso, who won 14 MotoGP races in red, and Danilo Petrucci.

Petrucci’s fate was sealed before the delayed start to the 2020 season, based on his manager Alberto Vergani’s quip that Miller was a “pet project” of Ducati Corse general manager Gigi Dall’Igna.

Talks with Dovizioso dragged out for months longer, although the Italian claimed to have never received an offer due to having “zero” relationship with Dall’Igna.

Ducati sporting director Paolo Ciabatti declared during the 2021 pre-season that there are “no shortcomings” in the Miller-Bagnaia duo compared to that of Dovizioso-Petrucci, and Miller has now won the last two races.

The Australian sits fourth in the championship after five rounds, while Bagnaia is one point off top spot.

“When we said last year that we had this project in mind, we were slaughtered to a certain extent,” Tardozzi told Italian newspaper La Gazzetta dello Sport.

“It was also very difficult for us, leaving two riders who were with us Andrea for eight years and Danilo for six.

“It was also a very difficult choice from a personal point of view.”

Bagnaia won the Moto2 world championship in 2018, by which time he had already been signed by Ducati.

The Italian has been Miller’s team-mate for the entirety of his MotoGP career to date, having spent his first two seasons in the premier class at Pramac Racing.

Tardozzi believes that the relationship between the two is important for the success of the Ducati Team.

“I am pleased with the relationship between them, which is positive for the team and also beneficial for them,” he said.

“When Jack returned to the garage on Sunday [after winning the French Grand Prix], after the first two minutes of partying with his team, as soon as he saw Pecco [Bagnaia], he went to hug him.

“The true relationship of respect that exists between the riders will be a real advantage for us.”

Bagnaia’s contract covers 2022 while Miller is on a ‘one-plus-one’ deal with Ducati seemingly having taken up its option to extend.

An announcement is tipped to come at or just ahead of this weekend’s Italian Grand Prix, for which practice begins on Friday.

Meanwhile, Dovizioso has formalised a testing agreement with Aprilia Racing and is slated to ride the RS-GP again at Misano on June 23-24.