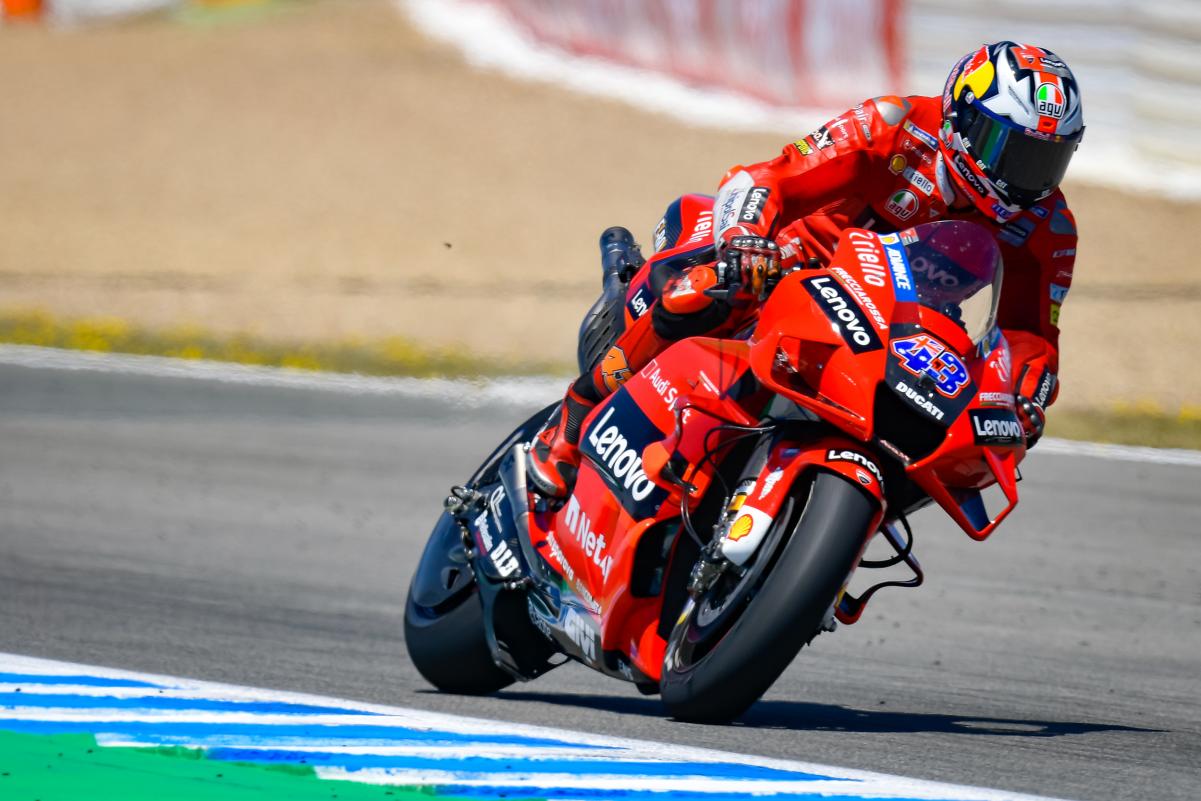 Ducati has confirmed that it has renewed Jack Miller’s MotoGP contract.

The Australian will continue to ride for the Ducati Lenovo Team in 2022, after stepping up to the factory squad this year.

The announcement comes shortly after Miller’s triumphs in both the Spanish and French Grands Prix, his second and third race wins in the premier class.

Rumours had already been swirling about a new contract before the man himself made little attempt to dampen that speculation late last week.

Ironically, Miller also admitted to doubts about his future given his shocking start to the current campaign, when he went ninth, ninth, and DNF through the three races prior to the Spanish GP.

Now, the 26-year-old sits fourth in the title race, 16 points off top spot.

“I am thrilled to be able to continue my adventure with the Ducati Lenovo Team also next season,” he said.

“Wearing these colours is a great honour for me, and having been able to win the last two races on the Desmosedici GP is a real dream.

“It wouldn’t have been possible without the great support that I’ve received from Ducati and the whole team during the last months, and I want to thank Gigi [Dall’Igna, Ducati Corse general manager], Paolo [Ciabatti, Ducati Corse sporting director], Davide [Tardozzi, factory team manager], and Claudio [Domenicali, Ducati CEO] for the faith they had in me.

“Now I can solely concentrate on the current season. We are fourth in the standings, not far from the leader, and the Championship is still very long.

“I will do my best to continue this positive trend and fight for the title. Forza Ducati!”

The deal takes Miller to at least five seasons aboard Ducatis, having spent three at Pramac prior to his promotion to the works squad.

He will also be team-mate to Francesco Bagnaia for a fourth year straight given the Italian, who made the same move in the last off-season, was already on a two-year deal.

Ducati’s announcement refers only to 2022, with no word on whether or not the Miller deal is another ‘one-plus-one’.

“We are delighted to be able to announce that we will continue with Miller also in 2022,” said Dall’Igna.

“In this first season, Jack has shown great talent, professionalism, and strong determination. He was able to secure two important victories in different conditions after a tough start to the season.

“For sure, he is one of the riders that better knows how to understand our Desmosedici GP to fully take advantage of its potential in any condition, as the recent success in Le Mans has demonstrated.

“As always, our goal remains the Championship title, and we believe that with Jack and Pecco [Bagnaia], we will be among the main protagonists of the 2022 title charge”.

We are happy to announce that @jackmilleraus will continue to wear the colours of the #DucatiLenovoTeam during the 2022 @motogp World Championship! 💪🏼🤩 #ForzaDucati pic.twitter.com/xRrYqzrLZF

The next race is Ducati’s home grand prix, at Italy’s Mugello, with practice commencing this Friday night (AEST).