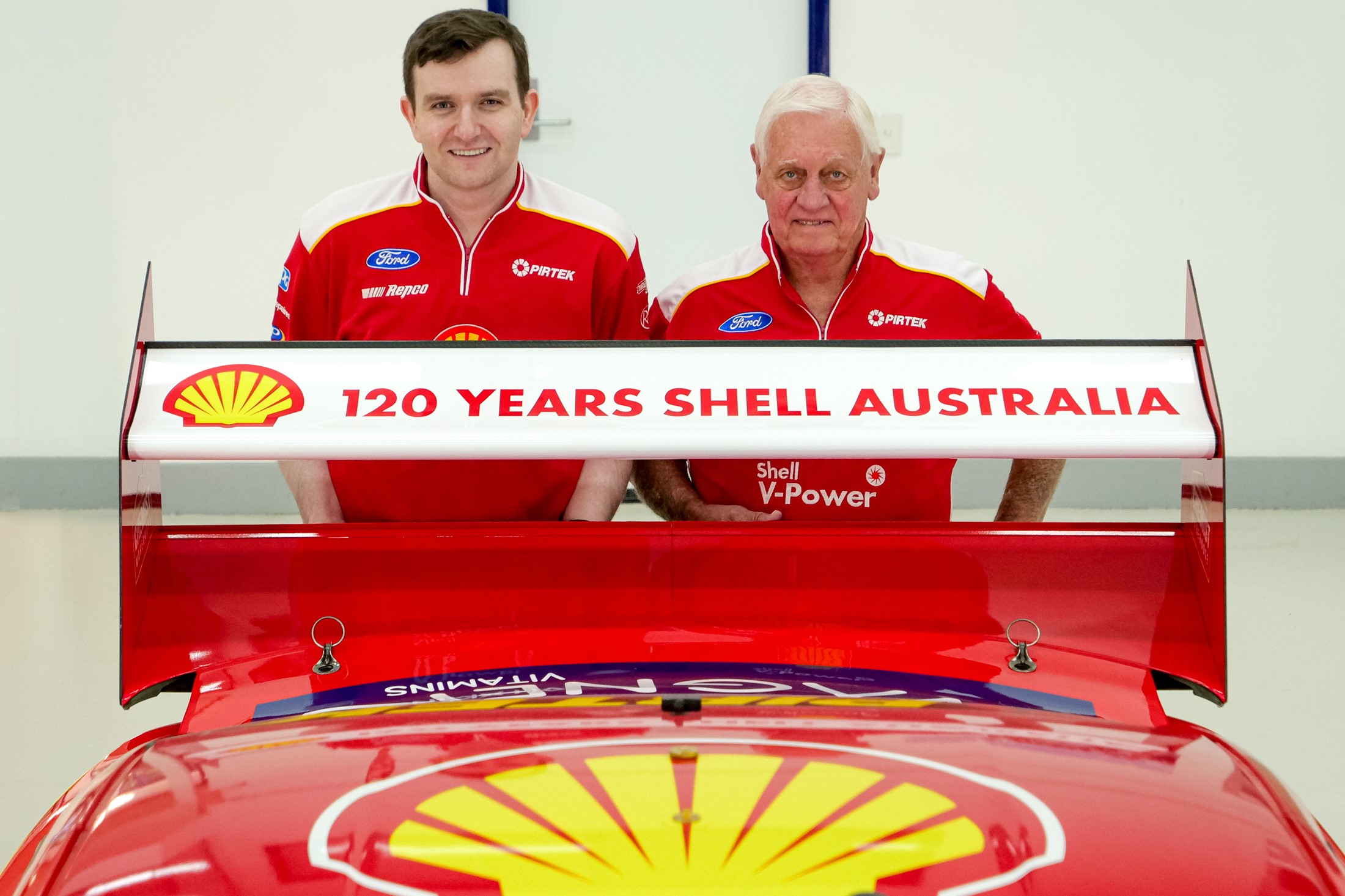 The Shell V-Power Racing Team has given its Ford Mustang pair a livery tweak ahead of this weekend’s Winton SuperSprint.

The rear wing on both cars will sport the Shell logo and a tribute to celebrate 120 years of Shell operating in Australia.

Shell has had a longstanding association with Dick Johnson Racing, dating back to the late 1960s when Dick Johnson began racing in the Australian Touring Car Championship.

The pair have remained synonymous since, Johnson continuing his relationship with the brand even after his retirement from full-time driving.

“Shell are celebrating their 120th birthday in Australia, and I’d like to congratulate our good friends, past and current, for this very special milestone,” said Johnson.

“I’ve been closely involved with Shell for just about half of those years, starting back in 1967, and my team has benefited immensely from Shell’s heritage, innovation, and most importantly performance over the past 53 years.

“I’ve been fairly close to the Shell brand for many years – even back when I was a service station owner – and to see the growth and the change in the business over all those years is extraordinary.”

Will Davison, pilot of the #17, currently leads the way for the team. He lies fourth in the drivers’ championship with five podium finishes this year, but is still searching for his first win.

Team-mate Anton De Pasquale in the #11 sits seventh in the standings with one win and three more podiums to his credit.

Supercars will take in three 36-lap races at the Winton SuperSprint over May 29-30.