Jack Le Brocq is looking to use the Winton SuperSprint this weekend as a platform to reverse a frustrating start to the 2021 Repco Supercars Championship.

On paper, the numbers don’t look good for Le Brocq: 16th in the championship while Tickford Racing team-mate Cameron Waters has routinely been fighting for poles and podiums.

In the 28-year-old’s eyes, the solution is two-fold: lift his own game, and hope for some slightly better luck.

Winton Motor Raceway shapes as the perfect location to spark his season, given Le Brocq completed almost 150 laps at the venue last week as he and engineer Sam Scaffidi made the most of a test day to chip away at a set-up direction.

“It’s been a bit of a rough run,” the Truck Assist Mustang driver told Speedcafe.com of his 2021 campaign, admitting he has “to start doing a little bit better job”.

“I know people say you make your own luck sometimes but the last couple of rounds we have been impeded a few times in qualifying and with these short, sharp sessions you have only got that one lap to do a time.

“Look, the speed is there, I think we have shown that a lot in practice as well and there’s a few little things that we’re working on to try to get myself probably more consistent in qualifying as well at certain times.

“It’s just one of those things; hopefully the tide turns and we can get some solid results and everything starts to fall into place.

“We’re working well together all as a team and the speed is there, I think we just need to have a nice solid weekend and hopefully we can do that at Winton and get the year back on track.” 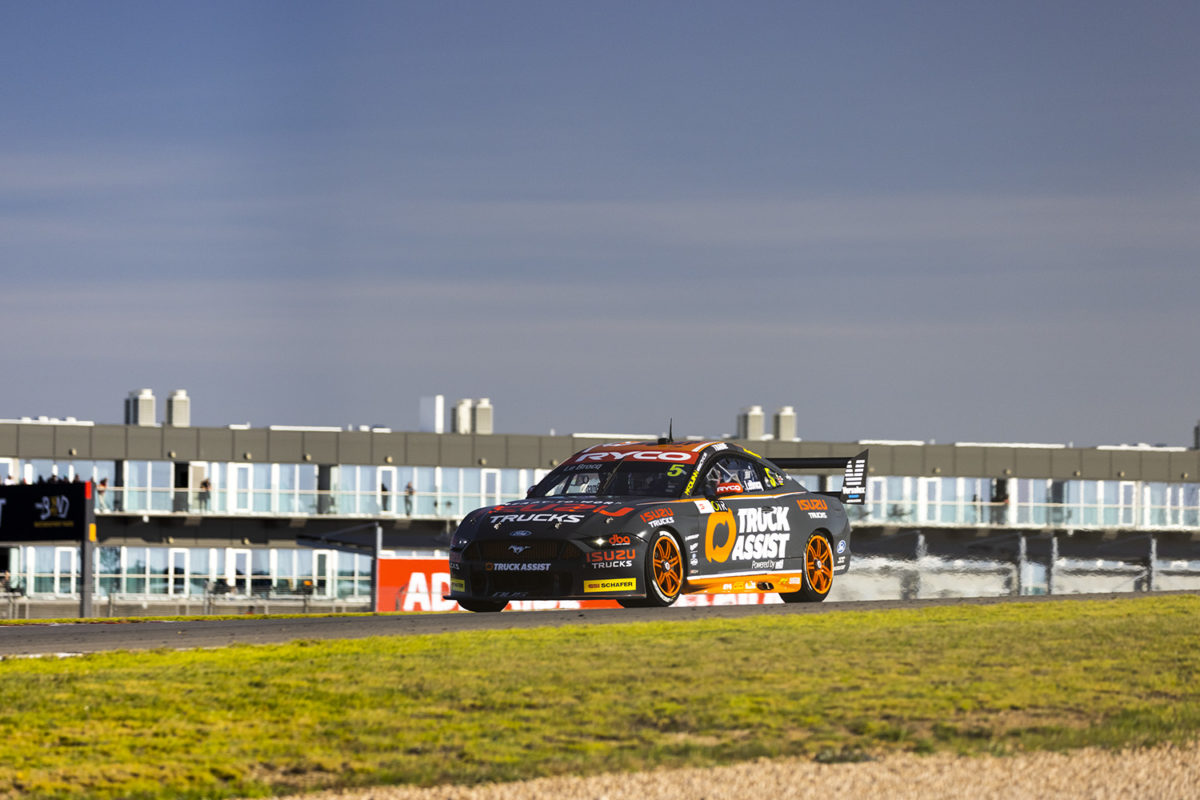 Le Brocq at The Bend

Le Brocq has been impressed by what last-start winner Waters has been able to deliver this year.

“For Cam, it’s his sixth year with the team and he’s built a really good relationship with his engineer and I think that’s showing now, those guys are doing an awesome job on-track and are having the results with it as well.

“Myself and JC (James Courtney), JC has probably been having a better run than us at the moment but we’re working towards it.

“I think we’re all starting to understand it and I suppose work really well as a team.

“It’s one of those things, it’s only a matter of time until myself in particular, hopefully we can move further up the grid because I think we have shown the speed is there.

“We have just got to have the pieces of the puzzle fall into place.

“I’m confident hopefully we can move closer to Cam and start having some better results.”

The Supercars Championship leg of the Winton SuperSprint will take place across Saturday and Sunday, with Friday track action dedicated to support categories.