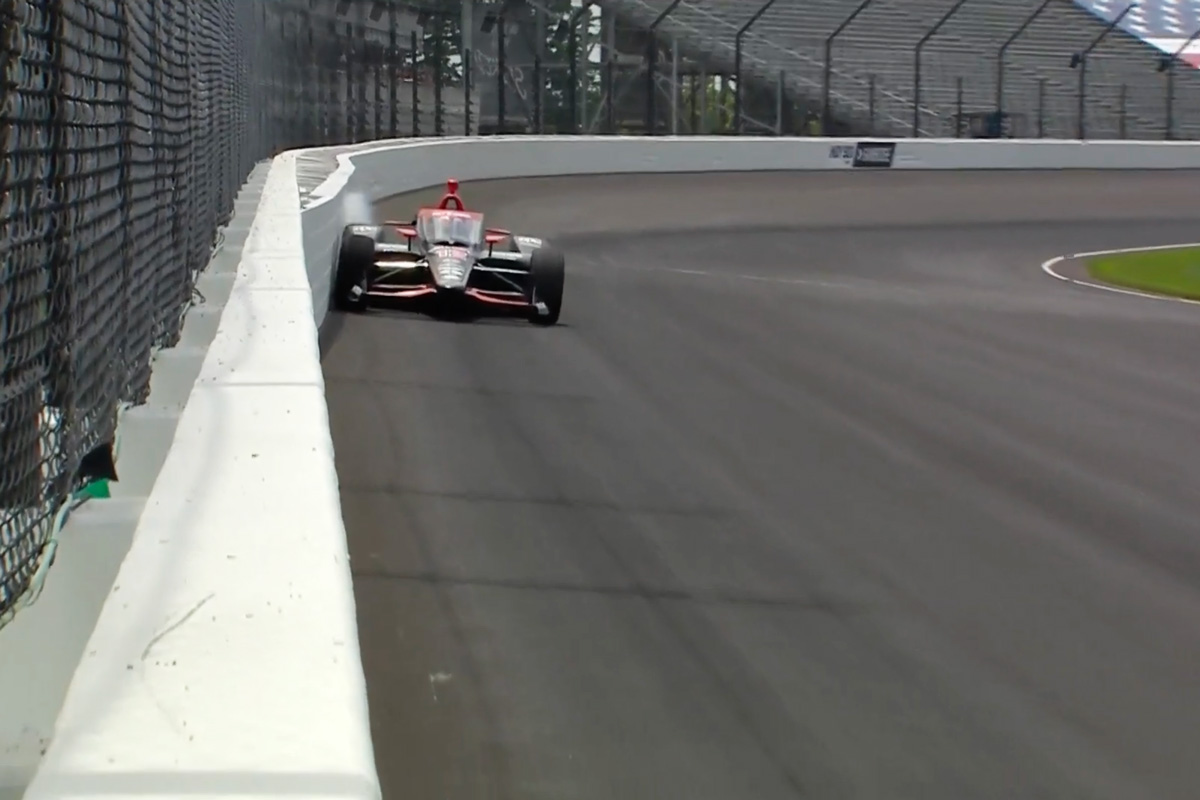 A split-second decision to keep his foot in the throttle as he brushed the wall at 360km/h was the moment that ensured Will Power would qualify for the 2021 Indianapolis 500.

It’s been a struggle for the Chevrolet-powered Team Penske fleet in qualifying mode at the Indianapolis Motor Speedway, with Power a shock 33rd yesterday.

That forced him to return for Last Chance qualifying today, with a very real possibility he might not even make the field for the May 31 race.

As it turned out, Power did enough to book 32nd on the starting grid – just ahead of Simona De Silvestro – but only after an almighty scare.

On the third lap of his run, Power made right-rear contact with the Indianapolis Motor Speedway concrete at Turn 2 at 224mph.

The 40-year-old Australian did not lift, pressing on to complete his four-lap run with an average speed of 228.876mph.

It was that fearless effort that ultimately was responsible for Power qualifying for his 14th start in the 500, a race he’s won once before in 2018.

“Very nerve-racking,” reflected Power, who admitted to losing sleep the night before.

“Even the run halfway through started going loose and having little moments everywhere.

“I just held onto it out of [Turn] 2, kind of walked it all the way to the wall and hit the wall and just took a chance of holding it wide open in three/four and just hoping the rear toe wasn’t too bent.

“Man, that’s as loose as you want to get it.

“I can’t thank Verizon and Chevy enough for sticking with me over all these years, I have been with them for a long time so stoked to get into the race for those guys and for all of the team because the team really has put a massive amount of effort into this race.

“Just over the moon, big relief more than anything to get into the race.”

Speaking further to the wall whack: “As I’m going out towards the wall I know I can’t lift.

“I’m sure there’s a few little shaky, nervous throttle lifts as I hit the wall but man, this place just throws everything at you.

“It can surprise you because the car was very comfortable yesterday and today it was just on the nose and loose.

“We’re in the race; it’s an amazing feeling and amazing place so now we can focus forward.”

The full starting grid has now been set for the 105th running of the event, with New Zealand’s Scott Dixon clinching pole position for Chip Ganassi Racing.