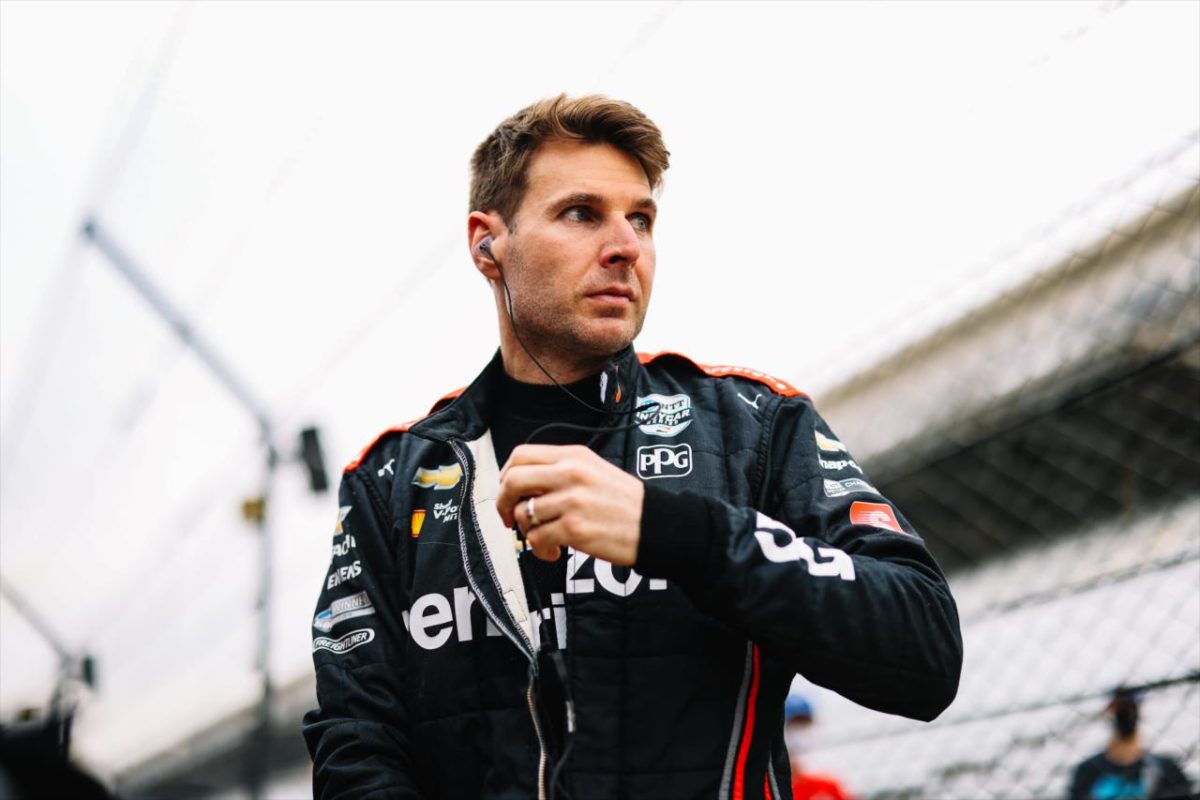 Will Power and Simona De Silvestro have snuck into the field for the 105th running of the Indianapolis 500.

There were tense scenes during the 75-minute Last Chance qualifying session this morning as five drivers competed for the final three slots in the race.

After the first runs, Sage Karam was quickest, just ahead of Power and De Silvestro who held the last two available spots.

That left Charlie Kimball and RC Enerson on the outer, but both would have second runs to try to change that as track conditions cooled to their favour.

Rookie Enerson was first to do so, but was unable to better a four-lap average speed of 226.813mph.

That effectively confirmed a safe passage for Power – who had scraped the wall during his run – but left De Silvestro nervously waiting as Kimball headed out for a last-ditch effort, armed with several tweaks to his A. J. Foyt Racing Chevrolet.

De Silvestro sat in the cockpit of her #16 Paretta Autosport entry with her fate in Kimball’s hands – albeit ready to make a late dash of her own if need be.

When Kimball’s first of four laps was not good enough to dislodge De Silvestro, the case became clear – although the Paretta camp refused to celebrate early until the clock wound down to zero.

Eventually, Kimbell’s four-lap run would amount to an average speed of 227.584mph, the 2015 Indianapolis 500 podium finisher emotionally exiting the car having failed to qualify.

The Fast Nine session to decide pole position will get underway shortly, with New Zealand’s Scott Dixon looking to convert his qualifying-topping form from yesterday.