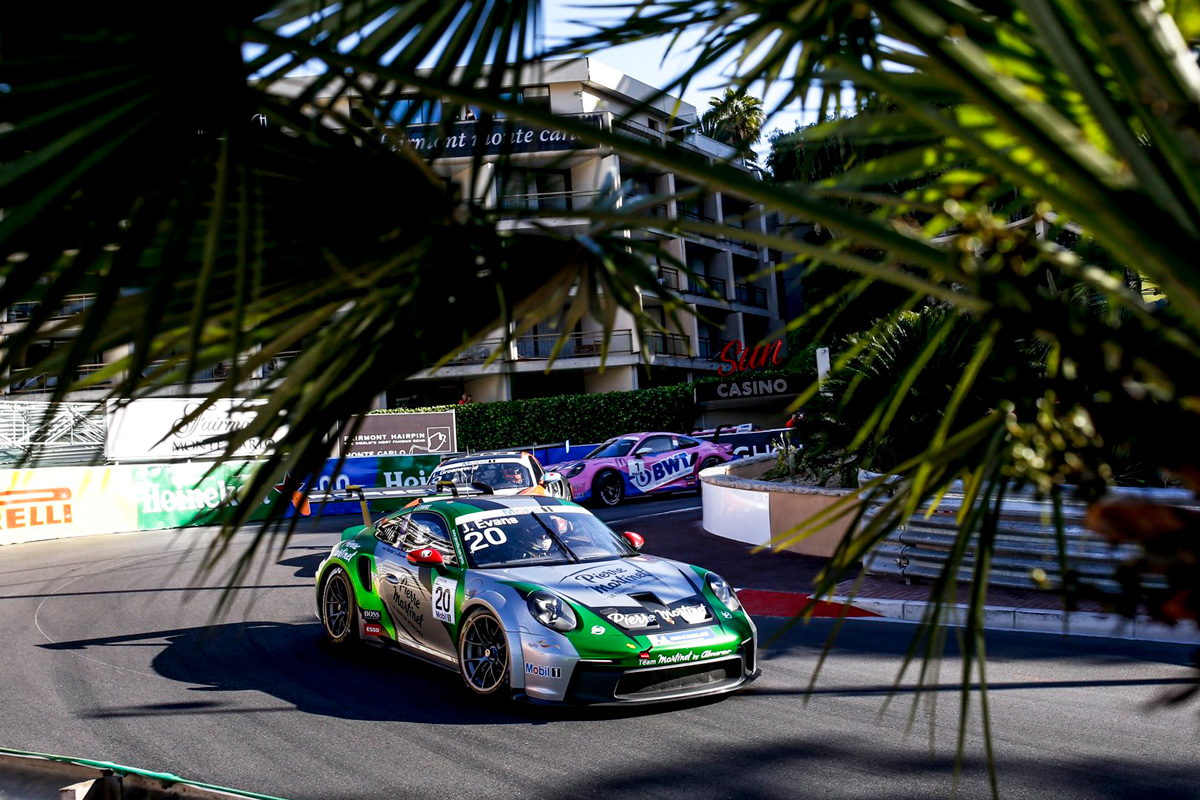 Jaxon Evans has made a sound start to his 2021 Porsche Supercup campaign, taking second place at the Monaco season-opener.

The New Zealander, who won the 2018 Porsche Carrera Cup Australia title to springboard his international career, switched camps to Martinet by Alméras in the off-season.

It wasn’t such smooth sailing for many others in the field as several drivers were caught up in incidents.

The first pile-up came on the opening lap run up to Casino Square, which blocked the track and forced six cars to retire.

Another crash, albeit not as major, would directly follow the Safety Car restart.

The interruptions could not stop Larry ten Voorde from taking victory with a 3.276s margin, making for a fine race meeting for The Netherlands as compatriot Max Verstappen would later conquer the Formula 1 Grand Prix.

The presence of Evans had kept ten Voorde on his toes, though.

“That was the perfect start to the season,” said the race winner.

“I pushed hard in the first few laps to gain an advantage over Jaxon Evans – he’s the guy I feared the most.

“My tactic worked. Towards the end, I was even able to ease off a bit and control the gap.”

Evans was joined on the podium by Martinet by Alméras team-mate Dorian Boccolacci.

Round 2 of the Porsche Supercup will take place at Spielberg, Austria on June 25-27.